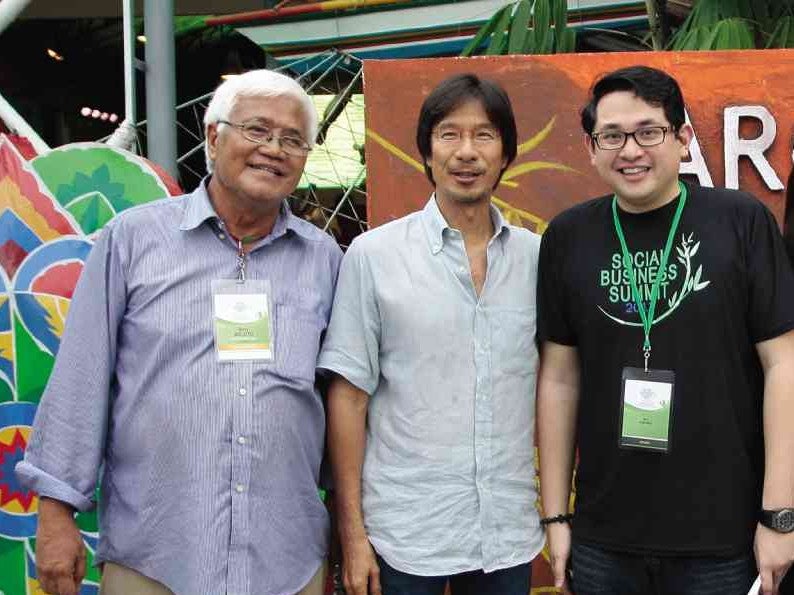 Archie King was a humanitarian, innovator and adventurer

He was one of the greatest Filipinos I have known. His concern for the poor was always matched with action,” said Antonio Meloto, founder of the anti-poverty movement Gawad Kalinga (GK), of hotel mogul Archie King, who died in a helicopter crash in Batangas Sunday.

Unknown to many, Archimedes Rosario King—Archie to friends—was a philanthropist and a visionary, according to Meloto.

Since 2006, Archie had built an average of 10 to 15 livelihood centers every year in the GK villages all over the country.

As a founding trustee of the GK Enchanted Farm Village University in Angat, Bulacan, the first social enterprise complex of its kind in the world, King provided classrooms and scholarships for the bright but poor children of farmers and relocated informal settlers.

The terms “motel king,” “businessman” and “hotelier” don’t fully describe who Archie was.

This writer met him 30 years ago in the Cavite beach house of his mother, Belen Rosario, who was an environmentalist. Archie would bring his two sons, Atticus and Ian, from his ex-wife, Marvy del Rosario. They frequently went to Naic for water skiing and bonding.   Belen had already separated from Archie’s father, billionaire Angelo King, whose businesses included glass, real estate, financing and motels.

Archie’s parents were known to be very charitable.

When the older King passed on his motel businesses to his sons, Archie inherited Victoria Court while Wyden got Anito Lodge.

Since the 1980s, Archie had been trying to change the image of Victoria Court from a motel with all its seedy connotations into something more wholesome.

In 1989, Archie, then 36, made his foray into the mainstream hotel industry. He introduced the boutique hotel concept in the Philippines with the opening of La Corona, which was managed by the Best Western Group.

Still, his businesses supported programs on education and anti-poverty.

“In business, he was hands-on,” said Wyden King, Archie’s younger brother, who was still in shock last Sunday. “Archie was thorough and paid attention to details. He worked hard but with restraint. He was easily content. He wanted to enjoy his money, but he also gave to charity.”

Later in his life, Archie found his true calling in humanitarian work as chair of the Angelo King Foundation.

The older King is now 88 years old and bedridden.

Without any fanfare, Archie continued the work established by his father, who had donated buildings, training centers and multipurpose halls for the poor, and granted scholarships.

“When you go around our villages, there are Angelo King livelihood centers in Samar, Leyte and other places. Archie spread his wealth throughout the country,” said Meloto. “Since Supertyphoon ‘Yolanda,’ Archie built a whole village for the victims in Antique. We are completing another in Negros Occidental,” said Meloto in a phone interview.

The 500-capacity Arch. Angel GK Center for the Arts and Culture, the multipurpose hall at the GK Enchanted Farm, was named after its donors, Archie and his second wife, Angeles “Lingling” Urrutia, a former model. The center was built in partnership with Victoria Court.

“As a treasured friend,” said Meloto of King, “he was one of the people who fueled my passion in restoring the massive and difficult work of ending poverty. He showed his faith and trust by being present in the milestones of Gawad Kalinga.”

Archie flew to Boston, Massachusetts, to attend the first GK Global Summit in 2009. He also attended the second summit in Singapore in 2011. At GK’s first Social Business Summit in 2013, Archie spoke about his commitment to nation building.

Meloto noted that while other donors handed only a check, Archie donated also his time. Archie visited GK before he left for Germany where he contacted sepsis, a life-threatening blood infection. He recovered and returned to GK to continue his work.

“It’s a college for poor but bright children,” said Meloto. “Archie met the farmers’ children getting college education so that they also help the underprivileged in the countryside.”

Archie also continued his mother’s work in Haribon Society, an environmental group which she co-founded.

To the close-knit family and cousins in the Rosario clan, Archie was quiet and soft-spoken but sweet.

“Archie was my playmate,” said Wyden. “He was kind, forgiving and never held grudges. He had a big heart.”

Cousin Grace Ozaeta agreed. “He was steadfast with morals. When he spoke, he was so brilliant and wise. Archie was very accommodating.”

An older cousin who requested not to be identified fondly recalled how their childhood was spent together in the family ranch in Mamburao, Mindoro, during summer.

She said King loved walking barefoot. “Gazing at the stars made him happy,” she added. “Aside from being an extreme health buff, he was picky about his food. Treasuring his privacy more than anything else, he kept to himself and spent time with select friends and family. He was a man of few words. He knew that life was short so he lived it the way he wanted, in extreme ways.”

Archie went camping and windsurfing in Caliraya; skiing in Colorado, Italy and Australia; and desert-driving in Dubai. Aside from flying his chopper, he sailed his yacht and went scuba diving.

“The sea and sky were his playground,” said another cousin, fashion designer Ditta Sandico. “He was an adventurer. That was his worldly side,”

Sandico pointed out a spiritual side to King which she said few people knew.

Through the years, Archie’s interest in mysticism grew; he became an advocate of the alternative lifestyle. He practiced Taoism and followed Mantak Chia, who developed a system of developing the human life force or the chi for healing the self and improving well-being.

“I listened to him a lot on his beliefs,” said Sandico. “Archie taught me about energy work and how to raise the level inside your body.”

In our interview about his fitness activities, we asked why Archie had slowed down in the corporate world and spent more time trying all sorts of health diets, traveling and doing humanitarian work.

Archie replied, “Why do you want so much? You can’t take them with you. Life is not about acquiring material things, but working for the perfection of the soul.”