Embrace life and make the most of it | Lifestyle.INQ ❮ ❯ 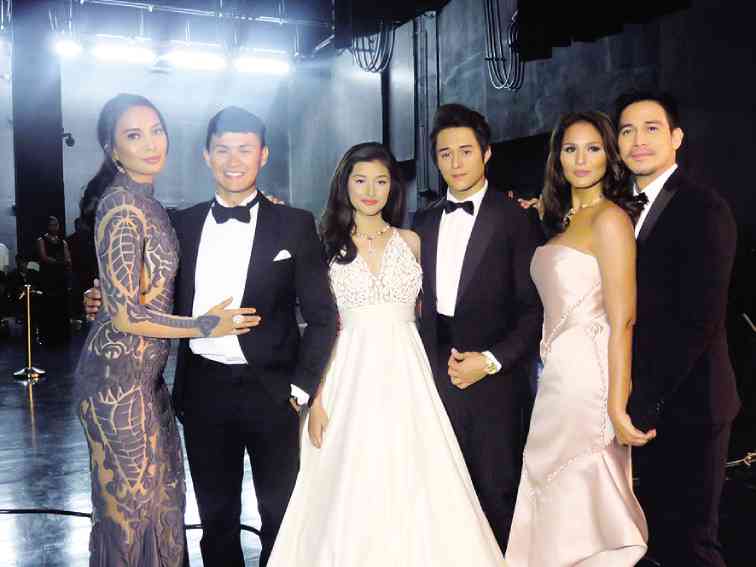 Embrace life and make the most of it

It was with great sadness that I heard about the helicopter crash of philanthropist Archie King and some close friends last weekend. Archie was a brilliant light, and his charitable work and luminous personality will always be remembered.

The accident reminded me that 10 years ago, my hubby Dennis was in a helicopter crash in India. I was then pregnant with our youngest, Athena, and was so worried, and then relieved that he survived and his broken back could be healed without any surgery. After months of therapy and Pilates, Dennis was back to his active lifestyle that includes underwater hockey.

Let me quickly digress and talk about this nonmainstream sport. At the recent Philippine National Games, underwater hockey was a featured sport involving six teams representing various cities around the country. Dennis was part of the Puerto Princesa Pawikans team that won the gold medal in a thrilling 2-1 victory over the Manila Jeepneys.

A big thank you to Timex and Speedo for supporting underwater hockey.

Among the survivors of the helicopter crash last weekend was Philippine Tatler editor Anton San Diego, a longtime friend. Needless to say, although shaken and stirred, Anton remains dashing and filled with a zest for life—in his case, a second life.

Two days ago, Anton was already back in full swing at the Philippine Tatler’s July Glam issue launch at the Ayala Museum. Around 300 of the city’s glamorous personalities braved the monsoon rains to witness the unveiling of the beautiful issue with cover personalities Vicki Belo and her Belo celebrity ambassadors.

Celebrating her 25th year in the beauty industry, Vicki thanked her doctors and her supportive, hardworking daughter, Cristalle Belo Henares.

Indeed, the Belo Medical Group revolutionized dermatology and cosmetic surgery in the country.

Cristalle, Anton and the Tatler team—working with imaging consultant Jojie Dingcong and world-renowned photographer Nigel Barker—put together a feature that is a must-read, including the remarkable two cover photos.

In his moving speech that rendered the guests silent, Anton reflected and rejoiced with family and friends, especially Maurice Arcache, who is very dear to him. Anton asked for prayers for the quick recovery of his fellow crash survivors, Ricco and Tina Ocampo, Chris and Patty Chilip, and Lingling King.

Life is very short, so embrace it and make the most of it! The Philippine Tatler tagline is “Life. Extraordinary.” Life is indeed just that. The digital copy is available through PressReader. The digital app owner Cristy Aspiras loaded my mobile with the Tatler issue so I can read it whenever I want.

The twin Tatler covers were photographed at The Theater at Solaire, where the endorsers were gorgeously dressed in Cary Santiago gowns. Solaire PR head Joy Wassmer arranged for all the logistics and preparations.

I was with Lingling King at The Theater at Solaire for the gala of “Saturday Night Fever The Musical.” The show is the latest West End and Broadway hit to tour Asia, and is locally produced by Bobby Garcia and Atlantis Theatrical Entertainment, Ten Bridges Media and Robert Stigwood Organisation.

It stars Brandon Rubendall as Tony and Jenna Rubaii as Stephanie.

At the after-party, we met the rest of the cast. They told us that after the Solaire stint, which runs till July 26, they are geared up for performances in Kuala Lumpur on Sept. 4-13, and the Marina Bay Sands in Singapore on Sept. 25-Oct. 4.

PLDT was also the main sponsor of the recent Idina Menzel concert at SM Mall of Asia Arena. The singer is another Broadway sensation, best known for her rendition of the hit song “Let It Go” from Disney’s “Frozen.”

Menzel, the 2014 Billboard Women in Music Breakthrough Artist, is in the midst of her 2015 global concert tour. Known for her powerful vocal chops and emotional connection to her music, her shows are nothing short of phenomenal. No wonder the arena was packed!

Gary Dujali, marketing head of PLDT Home Fibr, noted that “Idina Menzel is a name that drives music excellence to another level, and it is a privilege for PLDT Home Fibr to present her to the country.” The concert featured an exceptional local orchestra, completing the unforgettable musical experience.