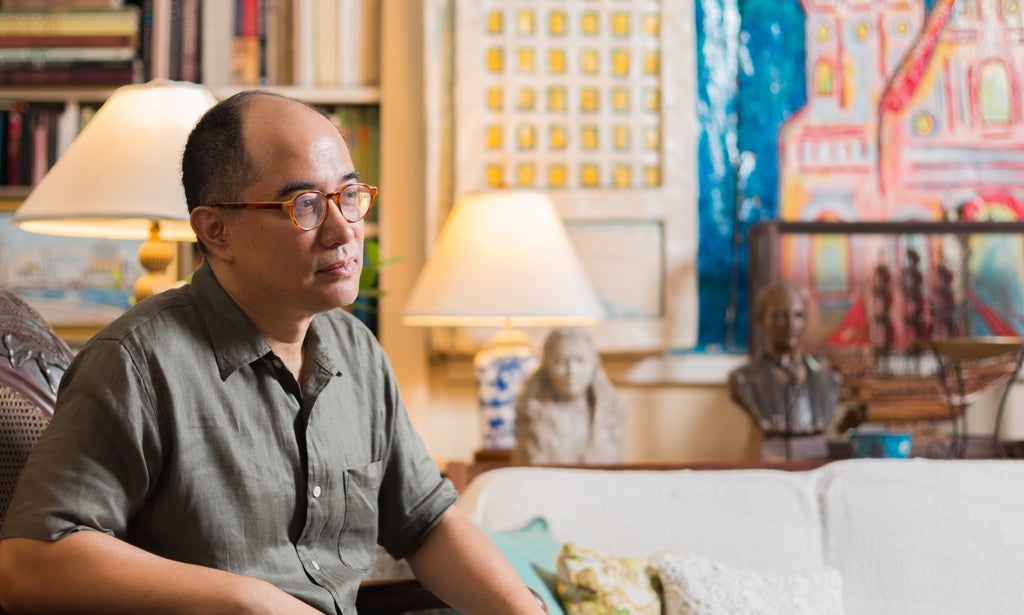 Ino Manalo rediscovers old Pasay: Your country must be represented in your home

The year 2013 was not a good one for National Archives Executive Director Ino Manalo. A series of unfortunate events, such as an eviction notice by new developers of the area where he was living in Manila, his mother’s death, and major health issues contributed to making that time a disastrous one for him.

The final blow came when a 7.2-magnitude earthquake hit Bohol in the last quarter of 2013.

After his stint as director of the Metropolitan Museum in the early 2000s, Manalo made his home in Baclayon, Bohol, busying himself with projects that involved the promotion of Boholano heritage and the preservation of traditional arts, crafts and material history of the province.

The years before the earthquake kept him busy shuttling between his Manila residence and Bohol while working on heritage initiatives with philanthropist Bea Zobel Jr., heritage homeowners and the local community.

He eventually bought an old house in Baclayon and painstakingly restored it.

Then the earthquake struck.

Not only was the earthquake a catastrophe, it also broke Manalo’s heart to pieces; and there still was the business of having to move out of his Manila residence.

The eviction notice allowed him little time to look for another place to move into, but just as dawn will always break the darkness of a long night, he found an old compound.

The Wilson Compound on Park Avenue in Pasay City is a relic of a colonial past and an attitude.

In an age where proponents of commercial development and heritage conservation are at odds with one another, the Pasay property seemed like it was from another era.

During the American colonial period, much of the bayside area beyond Luneta was swamp. But ex-US soldiers were quick to seize the opportunity to develop it for residential purposes. By 1918, Pasay had a population of 18,697 due to the exodus of prominent Filipino families and government officials to this seaside location. It quickly became an urban town

Today it is possible to identify a handful of these enclaves, where a single family took a contiguous plot of land and built four or more similar or complementary private houses.

The Wilson Compound on Park Avenue has at least six houses built during the late American colonial period. Designed and constructed to withstand the heat of the tropics, the houses had high ceilings, no interior hallways, and wraparound windows for cross-ventilation.

Living and dining areas were unobstructed and open, and flowed from one sitting arrangement to another.

Today the compound exudes an air of dignified age, and in the evenings it has a certain quality of light that makes it look like a setting for a Somerset Maugham short story on the Far East.

This is what seems to make the place appealing to creative, scholarly and literary souls, from socialites to designers, writers and art collectors who have come and gone through its gates.

Amid this backdrop, Manalo and his partner Dr. Vincent Deoduco moved in.

The two-story structure of wood and cement has a multi-use ground floor that also serves as the first line of defense against flooding during the rainy season. This is where things can be stored and clothes hung to dry indoors when it rains. It is also used as a service and utility area.

The second level has the main living quarters.

A big lawn with old fruit trees in the back of the house is a pleasant surprise because it is totally unexpected.

Like in the few remaining compounds in the vicinity, the lawn provides some shade and a slight breeze. Literally, it is a small oasis of greenery in this dense and blighted part of Pasay City.

After Manalo’s old family house in Makati was sold, he brought many of the things from there to Pasay and a few other possessions to Bohol. You wander from room to room asking, “What is this? Where did you find it ? How did you bring it here?”

Some of his answers will surprise you, others will make you laugh, and still others  will make you think about the many things you take for granted and leave unappreciated.

“We had ordinary stuff, nothing grand or fancy, mostly old things from the ’50s and prewar furniture which belonged to my grandmother. The only period pieces left are the Louis XIV chairs with carvings of rice stalks made for my great grandfather who was governor of Nueva Ecija. The rest are easy pieces, rattan furniture, a buffet table. My grandmother was frugal and luckily she gave these all away before the war broke out,” he recounts.

The house in Pasay also has pieces from Tahanan, Manalo’s home furnishings store that sold Philippine crafts, from woven baskets to mats, redesigned for contemporary homes and lifestyles. The store had contemporary products made from traditional materials like abaca, piña, abel, and capiz. (The store closed more than a decade ago.)

He proudly notes that the house exemplifies the spirit of the store. You can’t help but feel his fervor when he equates love of country with pride for its products.

“Being aware of one’s heritage is a form of humility, you respect the received wisdom of centuries,” he notes. “It’s giving importance to the past to make it useful for the present, that makes me want to live in places like this. The store was also all about making old traditional things take pride of place with new uses in a modern and contemporary home. Your country must be represented in your home.”

The house in the Wilson Compound has many layers marking cherished periods in Manalo’s life, memories, accumulations— his days in Angono, Pakil, and souvenirs from travels abroad.

It is a languid tropical setting with the air of an English country house with things collected, inherited, salvaged, and recycled over the years.

Manalo, with great enthusiasm and passion, juxtaposed old, simple furniture with flea-market finds, and artworks bought, made or given by friends.

Every room is like a chamber of curiosities, a rich and layered palette emanating from a life of heritage advocacy and scholarly pursuits.

But these aren’t mere acquisitions; for Manalo there is history, spirit, workmanship, or even an interesting story of provenance behind each piece. Which is why almost all corners in the rooms have intimate tableaux, always with an eye to bringing out the beauty or the story of an object.

Manalo’s aesthetic direction comes from knowing the history of everything he owns. This he brings to the forefront by making it serve a new chapter in its life. Heritage is alive and updated.

By nature, Manalo is house-proud, a quality he has assimilated from his mother: “She was always very organized. The house was always nicely fixed, she liked making beautiful things and was maasikaso in all aspects of the home, including herself. This element of creatively making do, repairing, or recycling is something I’ve imbibed from her.”

Heritage is Manalo’s purpose, preserving it, writing about it and rediscovering it at every turn of his life.

He has been promoting it in Bohol and now, in this forgotten Pasay compound, he seems to have rediscovered new references that can be put to good use for the present. Nothing can bring him more joy and fulfillment than this.