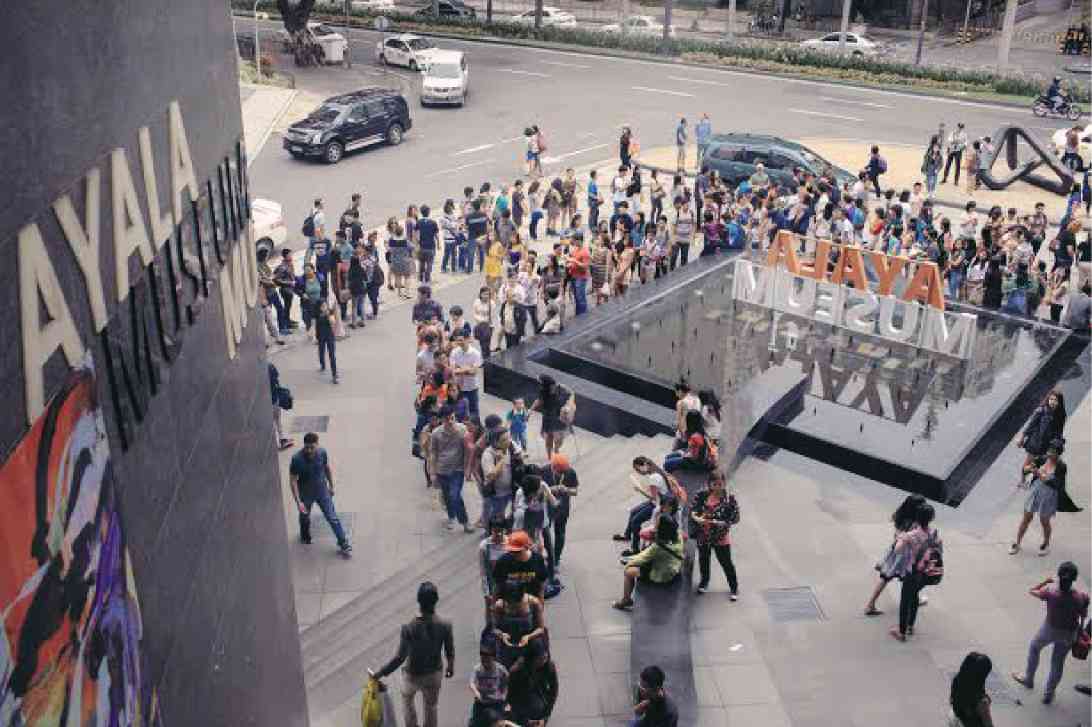 It was Greek dramatist Sophocles who first said, “For kindness begets kindness evermore.” On July 25, Ayala Museum will reward your acts of kindness with free admission.

On that Saturday, Ayala Museum’s gleaming façade, on the corner of Makati Avenue and De la Rosa Street, will signify the willing donation of time and effort, one of the most profound gifts a human being can give.

As part of its Inspire Every Day! campaign, Ayala Museum will offer free admission to the public. All interested individuals have to do is sign up with Ayala Foundation Inc. (AFI) and promise to do one of several acts of charity.

On the day itself, museum visitors will be asked to fill out a registration form that will include their names in the AFI database. They will be asked pledge to do one of the following: become a storyteller for one of AFI’s progressive Centex public schools for underprivileged children; coach young aspiring athletes at the Centex schools; take photographs chronicling AFI’s community programs; or apply graphic design and editing skills to help promote other AFI programs.

The project marks Inspire Every Day’s second year. Last year’s event drew more than 3,000 people who lined up to get in.

“It was the first time we had a queue encircling the museum premises, which was amazing, considering people found out only through Facebook, Twitter and by word of mouth,” said Mariles Gustilo, AFI senior director for arts and culture.

That’s why the promises to “be kind” are so important. “More than having done acts of kindness, it is really the opportunity to invite the public to be involved in our advocacies in the future,” Gustilo said.

“In the past decades, museums all over the world have shifted the way they connect with audiences. The challenge for us is how to make the experience of visiting the museum equally inspiring for scholars, tourists and students.”

Museum visitors’ act of registration enables them to receive 500 “kindness currencies,” which they can use in several ways. The currencies will allow participants to view Ayala Museum’s permanent exhibits (the dioramas and the display of pre-Hispanic gold, for example) or the changing exhibits (Japanese handicrafts and 19th-century portraits). They also get free access to the Filipinas Heritage Library.

Beyond the Ayala Museum exhibits, the July 25 event will also feature opportunities to interact with Filipino creators: illustrator Valerie Chua (who will showcase her postcards of creativity and kindness), prize-winning visual artist Leeroy New (try his wearable sculptures from his “Aliens of Manila” series) and Up Dharma Down vocalist Armi Millare.

TeamManila and Craft Carrot will be part of a special day-long bazaar along with Rags2Riches and Ayala’s own MuseumShop—in which discounts will be offered. The Manila Symphony Orchestra and musicians from Tago Jazz Café will perform.

“In contrast with last year’s launch in which we tapped like-minded brands, we chose this year to invite individuals whose work inspires many people,” Gustilo explained. “We chose notable folks from the cultural scene because we are still presenting the event as an arts and history museum.”

But it is just one part of this charitable endeavor.

It’s also about finding ways to continue giving in other precious and particular ways. “Opportunities to be kind are also opportunities to inspire, and there are many ways of doing so,” Ayala Museum senior marketing associate Miguel Acosta said in a statement.

Gustilo said the AFI staff has thoroughly enjoyed preparing for this year’s event. “Because of the stodgy reputation of museums in general, it is always great to try and do things outside of the box.”

Gustilo has high hopes that Inspire Every Day 2015 will top last year’s success. “Whether or not it matches 2014’s attendance, we still hope the positive message Inspire Every Day espouses stretches out further and forms a life outside of Ayala Museum.”

“Inspiration and kindness are inextricably linked because acts of kindness are inspiring,” Gustilo said. “When someone inspired by something is led to serve or help others in however mundane or grand a manner, that person becomes inspiring to other people and the process repeats itself, forming a chain of inspiration.”