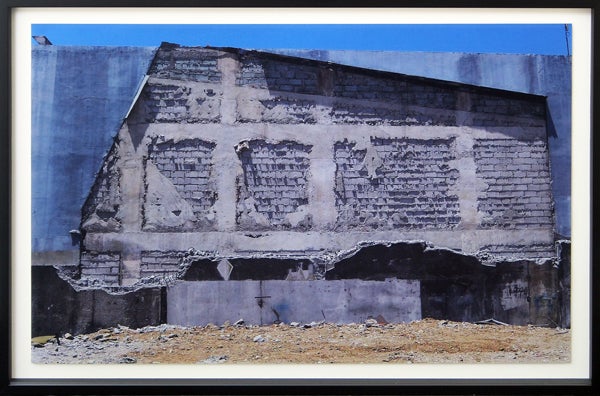 NO WOOD or material is ever thrown away once it gets into Reynaldo Araos’s hands. The imaginative engineer and entrepreneur, a BS Electrical Engineering graduate (1983) of Adamson University, shows his wood creations along with other artists in the exhibit “From Scrap to Life: Restoring, Rebuilding and Making Life Anew,” at the Adamson University Art Gallery.

Wooden sculptures and furniture by Araos, president of Eyelectric Inc., are shown along with various photographs and paintings, all framed with reused wood. The furniture and frames were built together without using metal nails, and finished not with varnish but with only finishing oil, thus allowing guests to feel the wood as naturally as it can get.

“Bantana” by Araos is a chest made out of an old window and named so after the Tagalog words for chest (baul) and window (bintana). Another creation by Araos is “Kamamesha” (from the words kama, mesa and hapag), a long table created from an old-fashioned window and fitted with rollers under the legs so it can be pushed over a queen-size bed to let the family have breakfast, read or write while in bed.

“ABANDONED,” an exhibit of paintings by Soler Santos, runs until Aug. 8 at Art Informal.

The baffling or anxious image is the investigation of artists in recent times, reducing the painted image into nothingness, as seen in the eradication of the recognizable image into nonobjective abstraction; and, using the image as a medium to retell a story many times over via its manipulation, debunking, reversal and juxtaposition.

Balatbat’s early creative formation and works took inspiration from the International Cabaret, a brothel in Caloocan’s red light district where he spent an unusual younger years in the company of prostitutes and rug rats like him.

Guatlo writes that “in Avenida, it floods when it rains and gets dusty in the summer. It is now a largely forgotten corner of the city, but in the heart and mind of Max Balatbat, the artist who continues to live in this magical world, it is a celebration, a lifestyle, and a fecund world that sustains the life and dreams of his Manila. Our Manila.”

“NOTHING to See Here There Never Was,” an exhibit of photos by Gina Osterloh, runs until Aug. 15 at Silverlens Gallery.

The exhibit—composed of 14 photographic works and one single-channel video piece—defies, exceeds and often belies expectations.

Osterloh uses photography to capture the limits, slippages and perhaps failures of interpellation and, ironically, the functions of photography as part of the interpellative process itself.

“THROUGH Their Eyes,” an exhibition of paintings by Martie Datu, runs until July 31 at Green Sun.

Datu probes her childhood, which she describes as a “mix of bliss, a little bit of sadness and inquisitiveness.” She renders images of happy and energetic tots through vibrant colors on canvas. Yet, the absence of facial features that has become a distinct trademark allows the viewer to connect with the image; recognize his or her face, or a loved one’s, in the piece.

The minimalist pieces of children are symbolic of a child’s innocence and simplicity. Her inspiration is how children need not have much to be happy.

Nadonza features a mélange of images that range from the iconic works of Peter Paul Rubens, Jean Dominique Ingres, Brancusi, Japanese animé and cartoon characters, whipped up into chest-heaving affirmations of the theme of love.

“AND IN Arcadia,” featuring paintings by Victor Balanon, runs until Aug. 9 at MO_Space.

Through his meticulous drawings using ink, Balanon produces landscapes and settings that appear void of context. The scenes depicted from films do not stand as exact replicas nor film stills. They have been manipulated and cleared of characters who contribute to the illusion. The landscape, which was once an unassuming backdrop, becomes an impression of a place—like residues from a fleeting memory, bold yet inexact.