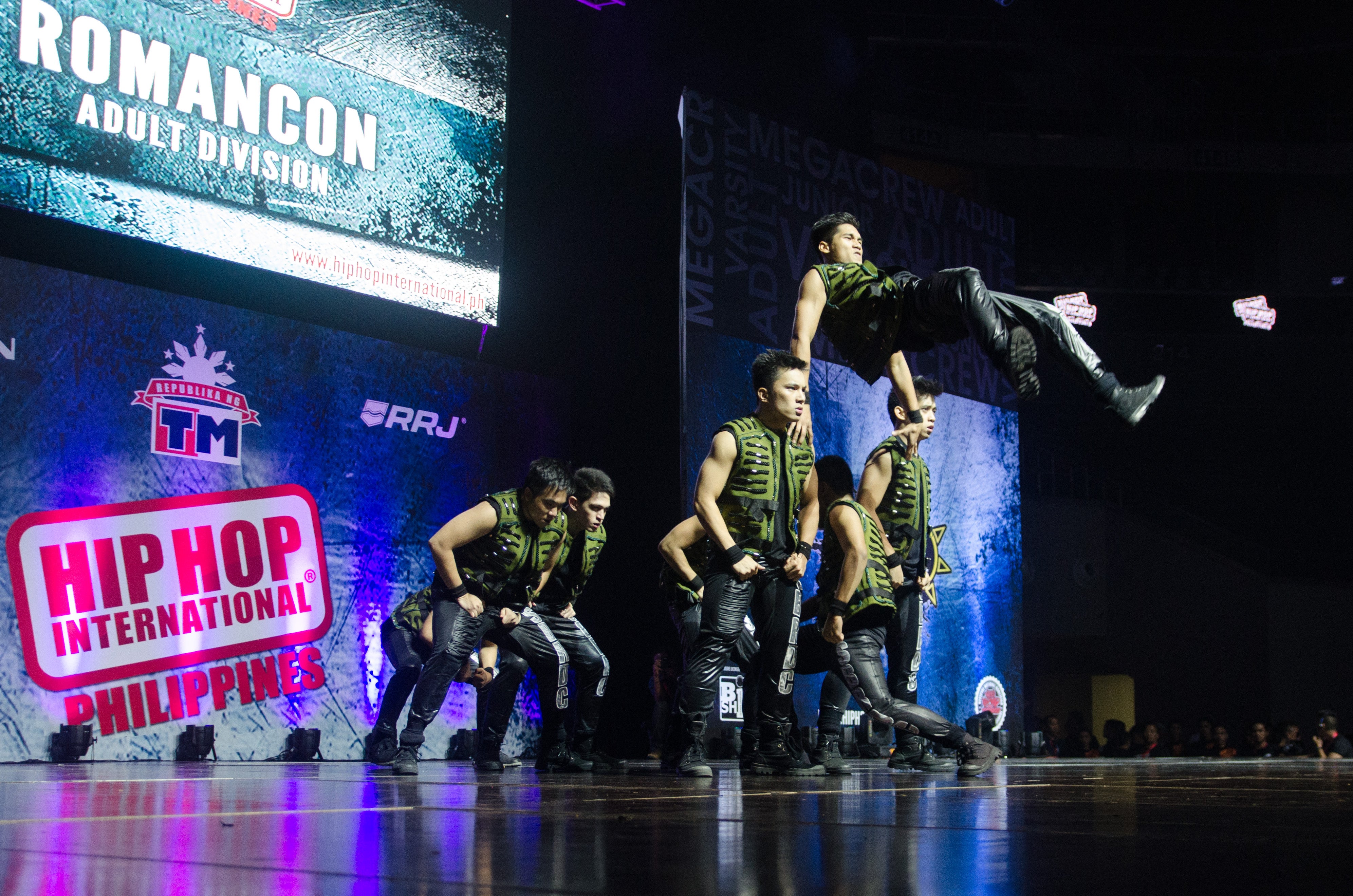 DLSU-CSB’s ROMANCON As of press time, the group has advanced to the semi-finals which happens today.

AS THE 40 dancers, all clad in black, struck their final pose onstage—hands up in the air, fiercely forming their signature “A” sign—the audience gave resounding roars and a standing ovation.

They had just finished performing their competition piece, and everyone in the crowd was sure that the group had just bagged the championship.

The group, A-Team, was from the Philippines and went to Las Vegas, Nevada, to compete in the megacrew division of the prestigious Hip Hop International (HHI) World Championships in 2014.

Although it had been joining the annual contest the past few years, A-Team became the group to watch last year after it topped the preliminaries and semifinals, and won the finals.

Its victory boosted the Philippines’ stature in the international dance scene. Apart from A-Team which brought home the gold, other teams such as the UP Streetdance Club, the La Salle Dance Company, The Crew and the Philippine All Stars have consistently brought glory to the country.

Because of the increasing number of groups on the local dance scene, HHI has launched HHI Philippines to look for the best teams to represent the country in the HHI Championship in San Diego, California, this year.

After a series of regional competitions, the nationals of HHI Philippines were held last May 24 at SM Mall of Asia (MOA) Arena. The teams battled it out in the junior, varsity, adult and megacrew divisions. The top three teams in each category would be sent to San Diego.

However, winning a spot in the top three is only the first leg of the journey. All the chosen teams will undergo rigorous training to better their chances of winning in the finals.
Some teams, such as those in the megacrew division, take more time to practice because of their large number of members.

“It’s definitely harder to train with a megacrew since we have to choreograph 40 people,” says Kevin Toy of A-Team. “We have to adjust to each other and have synchronized movements. We have to coordinate training schedules and attendance.”

There’s also the matter of raising money for travel and lodging expenses. Aside from having to look for sponsors, some teams have to hold fundraising concerts and mall shows.

But in the end, the challenges are worth it, whether or not the team bags the title.

To the dancers, HHI is more than just a chance to compete on the international stage. It is about sharing the joy of dance with people from all over the world.

“Our teams are different, not only from the rest of the world, but also from each other. We each have distinct characteristics and styles,” says Zamora.

That’s exactly what hip-hop is about. It’s more than just about winning prizes; it’s also about telling stories through movement. As the HHI motto goes, “It’s about peace, love, unity and having fun!”