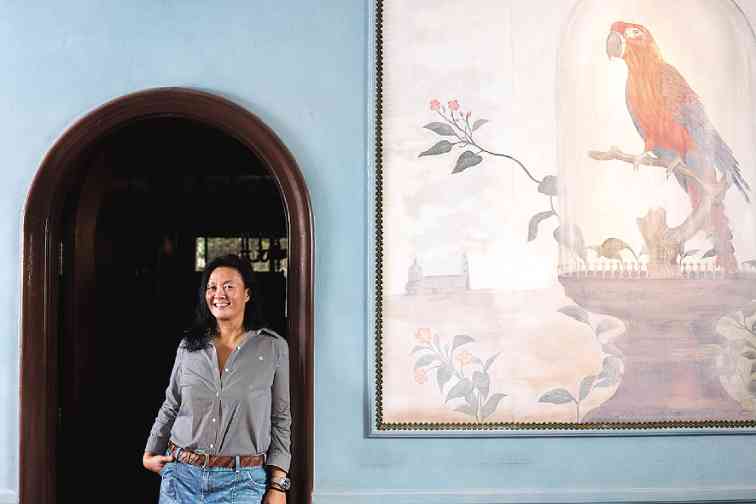 When she opened her family’s home on Ortigas Avenue near Greenhills for prebooked private dinners several years ago, Bambi Sy Gobio really just wanted to do one thing: cook.

Her restaurants—Restaurante Pia y Damaso at Greenbelt 5 and the two Luscious branches at Medical City and Metrobank Card Tower—were practically running themselves. “My staff does what I tell them… I wanted to go back to cooking in the kitchen,” she told Inquirer Lifestyle.

Sy Gobio, who was the chef and part owner of Fidel restaurant in Malate in the 1990s, said she wanted to be in touch again with her dining clientele. She opened Damaso Residencia aiming to cook anything her guests desired within reason.

She soon became known for roast turkey which guests would order not only for Thanksgiving or Christmas.

Instead of brining the turkey overnight as domestic goddess Martha Stewart recommends, Sy Gobio follows her own recipe that requires six to seven hours from prep work to the actual carving of the bird.

For smaller dining groups who still want a festive roast, she recommends her roast chicken with chorizo stuffing that we ourselves enjoyed at a recent private lunch.

Guests who call and book a table at Damaso Residencia often need to be reminded that the venue is not a restaurant that is open all hours, but a home open for small, prebooked lunches, dinners and parties.

“We once served as the venue of a small wedding with 24 guests. They held the marriage ceremony in the library, then later guests spilled out onto the garden and the dining area,” Sy Gobio recalled.

The house is hard to miss along Ortigas Ave. It looks like a Swiss chalet with red-tile roof and green windows.

In the small garden are sturdy wood seats and low tables. Inside is the salon with long dining table and walls hung with hand-painted hunting scenes. But instead of huntsmen, hounds or deer, the paintings are of brightly colored birds at the exact moment of entrapment.

The library has a couple of armchairs and shelves filled with books including multiple copies of Rizal’s “Noli Me Tangere” and “El Filibusterismo.”

“When I came up with the menu for Damaso, I wanted dishes that were inspired by the books and not just a literal translation,” Sy Gobio said. “In the ‘Noli,’ there is a Chinese vendor selling pork pies so I came up with my own version using filo pastry and asado. I included an apple relish in the mix because pork goes well with apples.”

“Elias” is a mixed green salad with tomatoes, caramelized pineapple and crisp shallots topped with seared crocodile meat from Davao—her nod to the watery ending of “El Filibusterismo.”

As a child growing up, Sy Gobio remembers entire Sundays spent in her grandmother’s house in Grace Park, Caloocan.

“My brothers had their games and each other to keep themselves entertained. Since I was the only girl, I was left to my own devices,” she said.

This meant repeatedly leafing through her lola’s stash of cookbooks until she had memorized several basic recipes by heart. She soon began cooking simple dishes, making mistakes and learning from them.

“I did everything from scratch, no mixes or shortcuts. Until now, I have the recipe for pie crust in my head: three cups of flour, a cup of Crisco or lard, cold water, salt and baking powder. Pack this into a bowl, do not knead, roll it up.”

At Residencia Damaso, Sy Gobio has several sample menus that guests can choose from although she is always open to requests.

“I’ve cooked for guests who wanted a hodgepodge of dishes —Filipino, Continental, Middle Eastern fare. It’s not a problem for me. I’m just glad to be back in the kitchen cooking.”