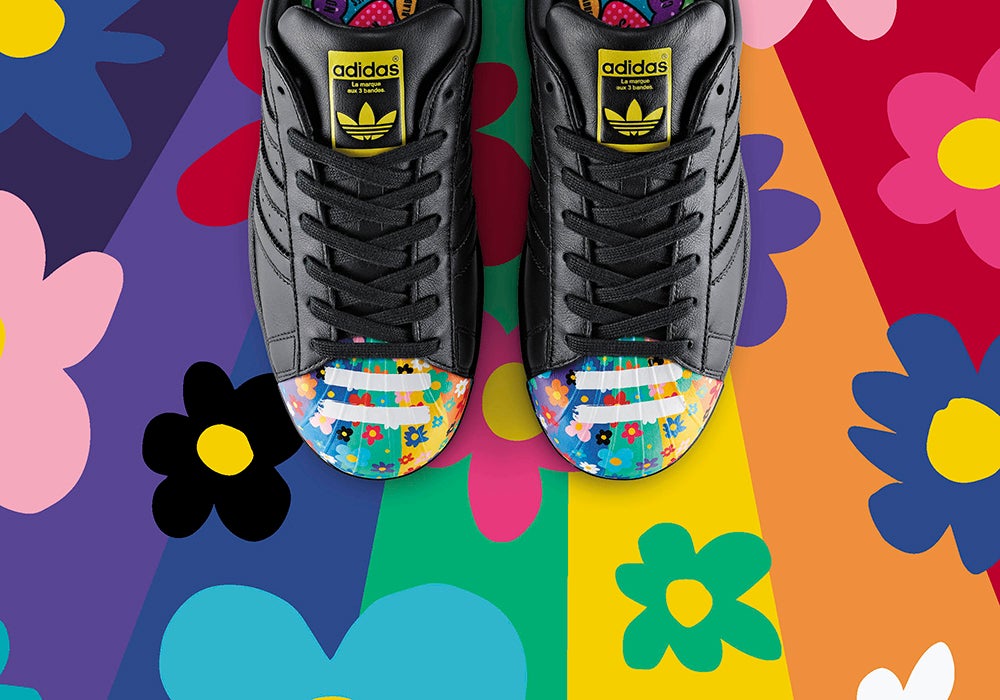 Pharrell steps up to sneaker superstardom with Supershell

Music icon and entrepreneur Pharrell Williams first rose to sneaker superstardom with the release of Supercolor, the 50-piece, 50-color shoe collection, “a celebration of equality through diversity” and the fruit of his first collaboration with Adidas.

“The Supercolor was very interesting because it’s the first time we released the Superstar with full-on color from the upper to the sole to the inside,” said Jen Dacasin, Adidas Philippines assistant manager for brand communications and sports marketing.

The collection was a hit across the globe, including the Philippines, with pairs flying off shelves and becoming the subject of over 200,000 Instagram pictures.

Just months later, Pharrell is back with Supershell, his new Adidas collab. He said in a video that introduced the collection, “I appreciate Adidas for having the willingness to open their doors to allow their garments and footwear to become the canvas to all these creative minds.”

Pharell picked four artists for the collaboration: New York-based artist Todd James (“A guy who always marches to the beat of his own drum. He brings you into his own world,” said Pharrell in a series of Supershell videos.); Japanese artist Mr. (“A wizard. His mind and his work remind us all that there’s an inner child in all of us. Mr is a master of depicting innocence.”); photographer Cass Bird (“Expresses herself in an uncensored way.”); and architect Zaha Hadid (“One of the most talented architects of our time… Zaha’s designs are just like her buildings, they augment reality forever.”).

Together they turned the Superstar’s shelltoe into works of art.

“It’s a reinvention of the Superstar,” said Jen.

There are two Supershell collections—Artwork and Sculpted. “With the Sculpted collection, the shelltoe is molded, like there’s a sculpture going on there,” added Jen.

The shoes are available only in black and white “because you want the Supershell to stand out, it’s the focal point of the shoe,” said Jen.

Supershell dropped in stores across the world on Aug. 7, and sneakerheads have been snapping up pairs.

Adidas’ store in BGC celebrated by handing out drawings of the Adidas Superstar and encouraging guests to get creative and make their own designs.

Choosing which Supershell to get can be perplexing, but Jen picked hers with ease—the white Mr. pair featuring an adorable manga-style drawing of Pharrell. “You look at it five, 10 years from now, it’s going to be a collector’s item,” she said.

Women and men with smaller feet will be happy to know that the Supershell is available in a wide range of sizes, from Men’s US 4 to 12.