Why you should own a juicer that looks like a robotic spider | Lifestyle.INQ ❮ ❯ 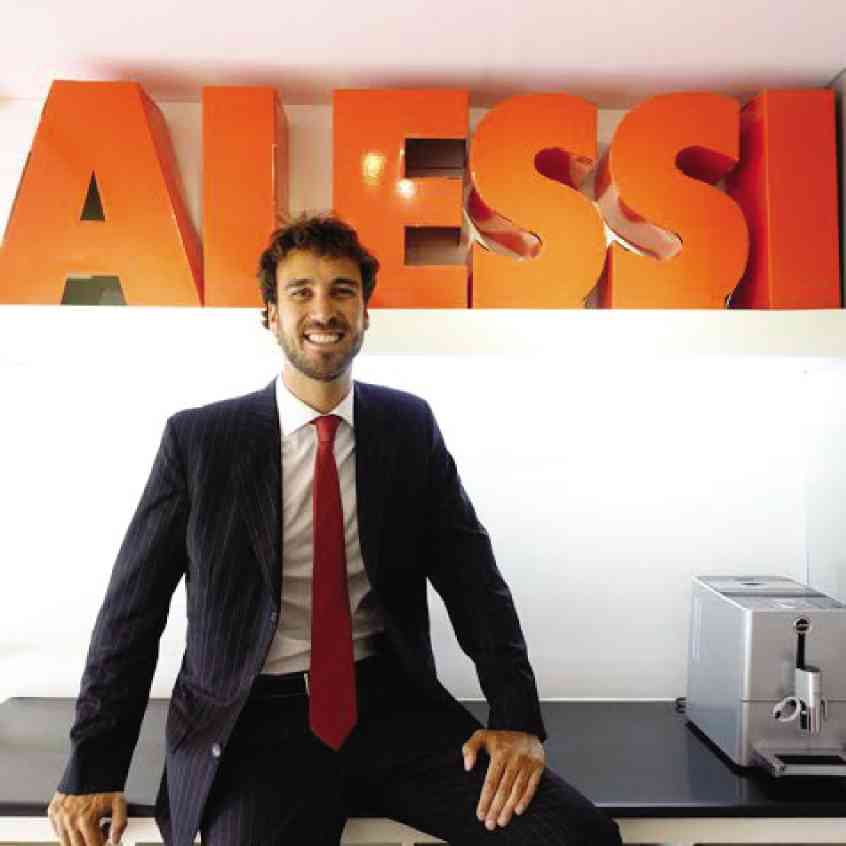 “There is no one room in my house that does not have an Alessi object; I was very surrounded until I moved out when I was 16 to study,” said Luca Alessi, fourth-generation member of the family that established the Italian home-kitchenware brand Alessi.

“It’s my first time to come here, but I can see the Philippines has a strong design heritage which I can see in the furniture and the huge number of interior designers,” Luca noted. “Filipinos are very attuned to the design and quality of products.”

Founded in 1921, Alessi was originally known as a manufacturer of metal objects. It wasn’t until the ’60s that it started collaborating with designers, morphing into a creative design house and gaining worldwide recognition.

Its first espresso maker, “9090,” designed by Richard Sapper in 1979, was inducted into the permanent collection of the New York Museum of Modern Art (Moma).

Alessi was brought to the Philippines by businessman Michael Harris Conlin, whose core business is Conlins Coffee. “My brother used to be an Alessi collector when he was younger; we had an aunt who kept giving us Alessi,” says Conlin. “In 2007, the opportunity presented itself and we went full-blast. This is the biggest Alessi store in Southeast Asia.”

The Philippine boutique is well-stocked and very updated, a deliberate strategy by Conlin to ensure Alessi fans in the Philippines buy here and not abroad. “In one house you can only have one of each type, e.g. a cutlery set, so we make our range complete so that people can update their collection. No need to fly to Italy to buy Alessi, and the prices are pretty similar, too.”

According to Conlin, the best-selling Alessi product in the Philippines is still the Juicy Salif by Philippe Starck. “It’s iconic; when you see it, you know it’s Alessi.”

Luca picks five of the brand’s best-designed products which he thinks the avid Alessi collector or the first-timer should own.

This juicer, which looks like a high-tech robotic spider from a sci-fi movie, is a conversation piece.

“This is our most iconic product, and it celebrates its 25th anniversary this year,” Luca said.

“It is our first coffee-maker, and it’s also in the permanent collection of the Moma.”

“‘Anna G.’ was inspired by the then fiancée of Alessandro, who designed a beautiful woman as a representation of his love. A few years later, he made ‘Alessandro M.,’ which is himself, so they can go together.”

“This year marks its 30th anniversary, and it’s still one of our best-selling products.”

“My personal favorite, this is our first ‘multisensory’ product, which is not just beautiful to the eyes, but also to the touch and to the ears. Ordinary kettles make a loud whistling sound when the water is boiling, but Richard wanted a special melody—music that resembles the steamboat whistle that would pass by his house when he was young. It was very complicated, but we managed to make it, and it was a very beautiful project.”

Alessi is at Bonifacio High Street, Taguig, and at Greenbelt 5, Makati.