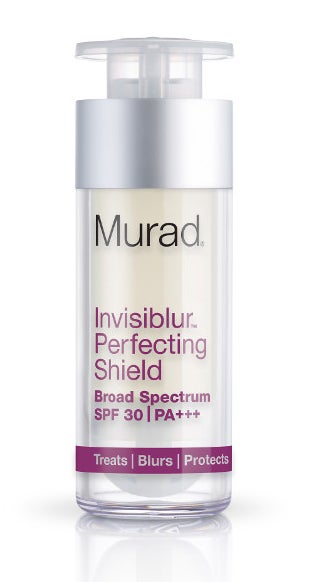 Beauty addicts have much to look forward to as top cosmetics brands roll out their breakthrough and latest products toward the yearend.

Keep your eyes peeled for these key items, to land in cosmetics counters in the coming days.

Coco’s got the blues—and browns

CC Cream. Chanel fans will be glad to know the company has a new and improved formulation for the much-loved CC, or Complete Correction, cream. It still does its old job—calms and moisturizes skin, has anti-aging properties, and perfects skintone (bye-bye to redness, dark spots and large pores!).

Now its sun protection has been increased to SPF 50.

It comes in the now-familiar Chance round bottle, with a pale, peach-toned juice.

Gloss Volume. It’s easy to get captivated by the vibrant blue palette of the pre-fall makeup collection called “Blue Rhythm,” which was inspired by jazz, that you could overlook one of the more interesting items in this line: the limited-edition Gloss Volume, the non-invasive alternative to getting Kylie Jenner’s pillowy pout.

It’s a clear film that has pink peppercorn extract, said to spur microcirculation, thus plumped lips that last for four hours. The mentholized formula delivers a pleasant tingle on your lips. This one, including the pre-fall makeup, is now available.

Earth tones and neutrals. If pre-fall was all about the blues, Chanel’s fall makeup palette is anchored on warm earth tones that you will likely be wearing well beyond the season— khakis, browns and fawns with flecks of gold, bronze and copper, with notes of rust and ochre here and there.

A limited-edition palette called Entrelacs has five eyeshadows embossed with the pattern of the Cistercian stained glass windows in the orphange where Coco Chanel lived. It was also the basis for the interlocking C logo of the company. Available later this month.

Murad’s latest release, Invisiblur Perfecting Shield Broad Spectrum SPF 30 PA +++, will simplify your morning routine, as it claims to do three things: treat your skin with its anti-

aging benefits; blur its imperfections; and protect it from sun damage. The translucent liquid that delivers a matte finish can replace at least half of the products you apply on your face each morning, as it works as a makeup primer, moisturizer, skin

perfector, sunblock and antiwrinkle serum in one bottle.

Therapiste. Myrothamnus flabellifolia is a desert plant that springs back to life upon contact with water, even after existing near death in the harshest drought. This same plant, also known as Resurrection, has been the basis for Kérastase’s Therapiste line, which claims to revive the most damaged of hair, as a result of chemical treatments, artificial coloring, blow-drying and other sorts of abuses.

The “Resurrection sap” from the plant’s leaves has been incorporated in the formula called Fibra-KAPs, a compound that replaces the KAPs or keratin-associated proteins, which get lost when hair is damaged.

In its breakthrough study, Kérastase found that hair isn’t composed only of ceramides and keratin as has long been believed; they found that KAPs actually represent 50 percent of the hair fiber.

Chanel and Murad are exclusively available at Rustan’s. Kérastase is available in top salons.