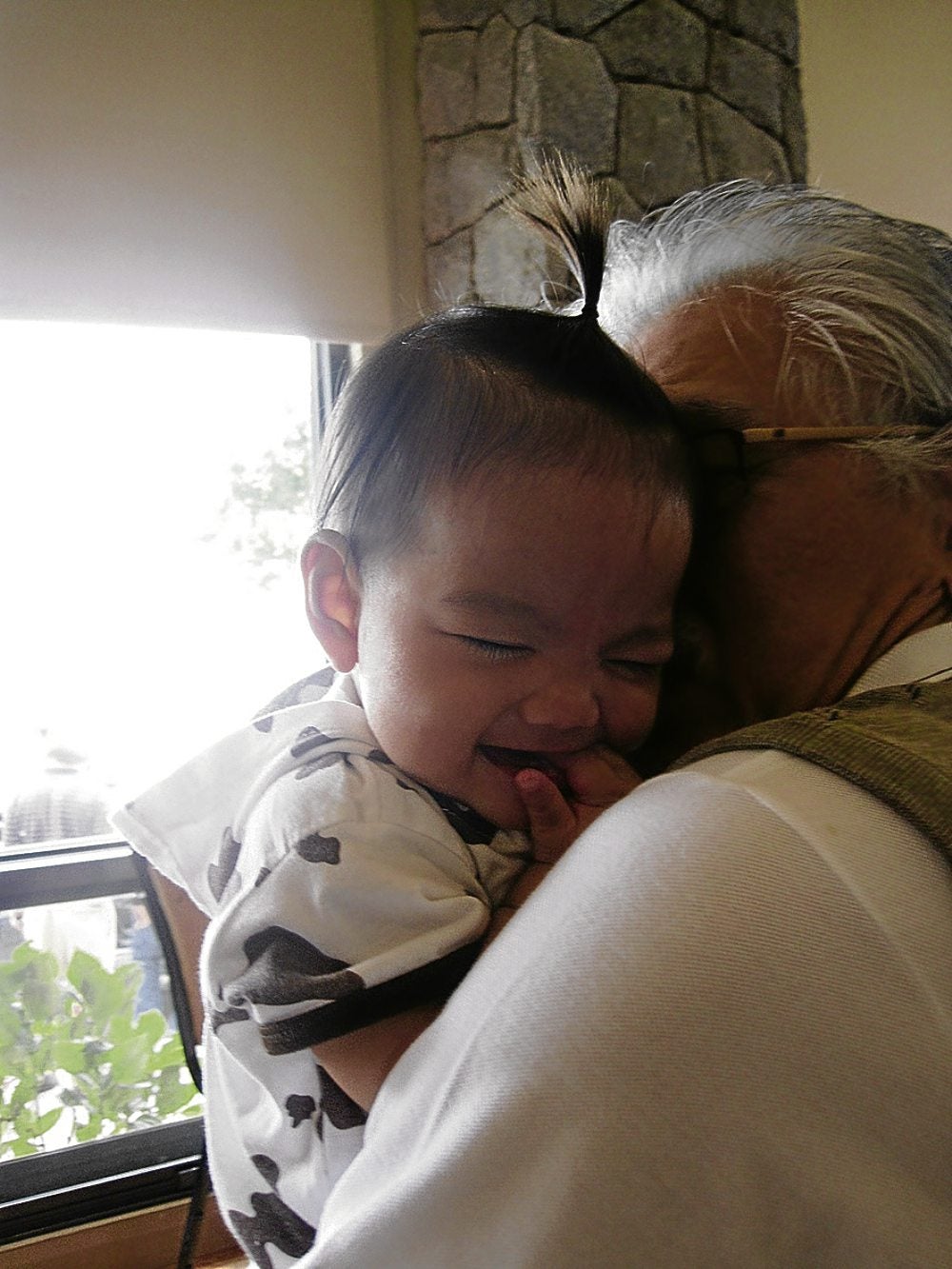 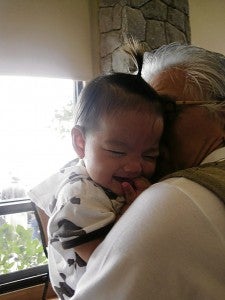 Nanay! I can feel a tiny heartbeat in my tummy! Will call you tomorrow. Hope Tatay is really okay. Good night!”

A year ago on Oct. 26, that SMS from Kimi was sent to me in Baguio, where I had just informed her father Rolly that his eldest daughter was four months pregnant and had chosen to be a single mom. It was not an easy announcement  to make.

After his initial shock and acceptance, I felt the burden of nondisclosure lift.

Then I surprised myself by quickly deciding on certain matters to ensure the mother-to-be’s and her baby’s overall well-being.

Before Christmas, Kimi and I moved out of the family matriarch’s home in Pasig, into a modest room on Manigo Street, UP Village. We chose that room through the help of friends, after I sent out word to text me back if they found a vacancy near their homes.

Waya Araos Wijangco went to the extent of freeing one afternoon from her busy sched so we could drive from street to street in the UP-Teacher’s Village area, watching for “room for rent” signs.

It was a surer way to find a room that can fit two, and maybe even three when the baby came, rather than checking the classifieds, a wise-in-the-world Waya told me.

Next was to get Kimi enrolled in the weekly childbirth preparation classes of Mercy Fabros on Mahusay Street, a walking distance from the room. I immediately aired my concern if there was a way to correct the baby’s position, a risky placenta previa. The previous obstetrician said there was no recourse but a C-section.

Here’s where I admire Mercy for her cool. She said to make Kimi lie on her side—I forget now if it was left or right—every night.

That meant my getting up at midnight or anytime after that just to check if Kimi was asleep on her side. If she was on her back, I’d gently nudge her to turn.

By December, the ultrasound showed that the baby was in a normal position, and Kimi could travel to Baguio for Christmas.

Some time in January, I was worried again that her tummy wasn’t showing prominently enough, although her appetite was good and she was taking the necessary supplements. I headed straight to the house of her new ob-gyn, Melen Araos. Another cool woman, she said: “Let’s have an ultrasound to check for small gestation.”

Well, that feisty creature turned out okay on the ultrasound screen where I saw her moving this way and that. I breathed easily again.

The coming of my first grandchild was a long, long waiting-to-exhale moment for me. Kimi became my teacher. She never panicked, remained strong, diligently reported for work up to her ninth month (climbing staircases to get to the train to get to her office and back to QC).

She told me how she willed herself to always be happy for her child because she wasn’t sure they would be accepted by my mother, other siblings, and even her younger sister Ida.

And so it came to pass. Kai Mykonos, aka Butones (my private nickname) is settled in Baguio with her mother, who has kept an online job but complains of not being able to concentrate when the baby starts a new antic. Kimi can’t help but get up, leave the computer on standby mode, and play with Butones.

My own kumare Winnie Velasquez said, after visiting us in Baguio and on the bus back to Cubao, “You have to agree that the baby was part of God’s plan. She enabled Rolly to have companions again after living alone in that house for over a year.”

The support from my network of friends makes me feel grateful to this day.

Once the word was out that Kimi was looking for a yaya, women friends in Baguio recommended applicants until Kimi found Len, an Education graduate from Pangasinan who needed to save up and review for her board exams next year.

As for Butones, the number of admirers on my own Facebook wall who look forward to my documentation of her growth has increased. It’s as if she’s everyone’s baby.

Mila Aguilar, who prayed intently that Butones right herself in Kimi’s womb, said at the first photo I posted of new lola and apo, “She really has a cute button nose.” Months later, she commented: “When do I get to hold her?”

By then, the skin of the fully breastfed baby had filled out and seemed close to bursting from health.

Alma Miclat asked: “When are you going to bring her down to meet Church Café (our prayer and Bible study group)? Ang sarap kagatin, este, panggigilan.”

Even those who haven’t met her in person exclaim when they see the latest photos: “Ang laki na niya! Kamukha mo.”

My mother, after weeping till her eyelids got swollen after Kai departed for Baguio in June, now makes frequent long-distance calls to Baguio to demand that the receiver be put on Butones’ ear as she chants a soothing, “Mamama mamama mama” over and over. That was how she put the infant to sleep in her first two and a half months in Pasig (she invited us back a few weeks before Kimi’s due date).

Rolly’s frequently asked question is an impatient, “When will she start to talk?” It has become his morning and evening ritual to carry Butones and whisper “Tatatatata!” into her ear. I think the feel of his breath and the stubble on his chin send her into a fit of giggles.

During this long weekend, Ida will join us in Baguio so we can all pose for what I hope to be a new Christmas tradition—a family picture to be turned into an e-card. The last time I had my own children pose for a Christmas card was in the late ’80s when they were four and two, respectively.

Who was it who said the reason grandchildren are spoiled is because everyone is afraid to spank the grandma?