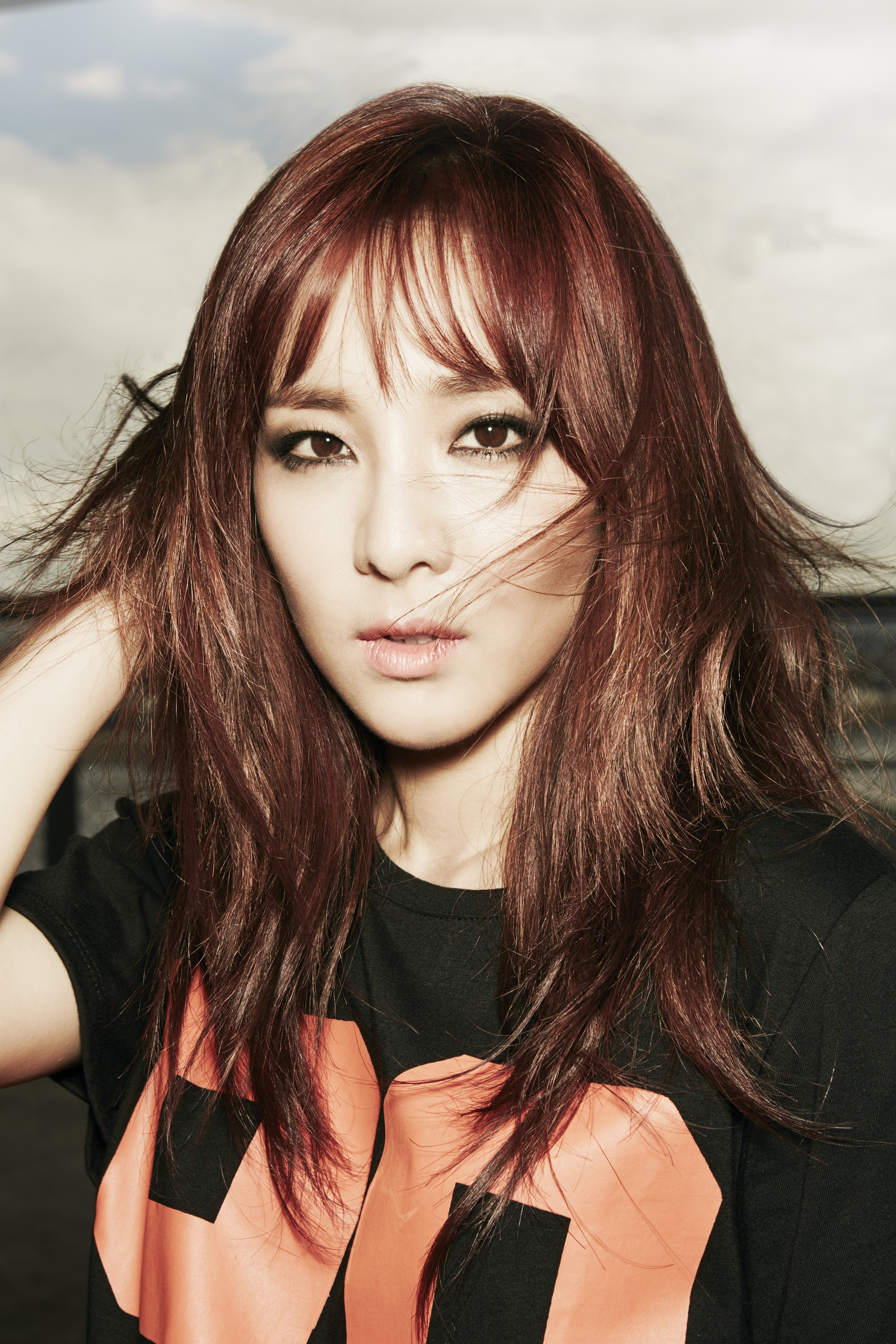 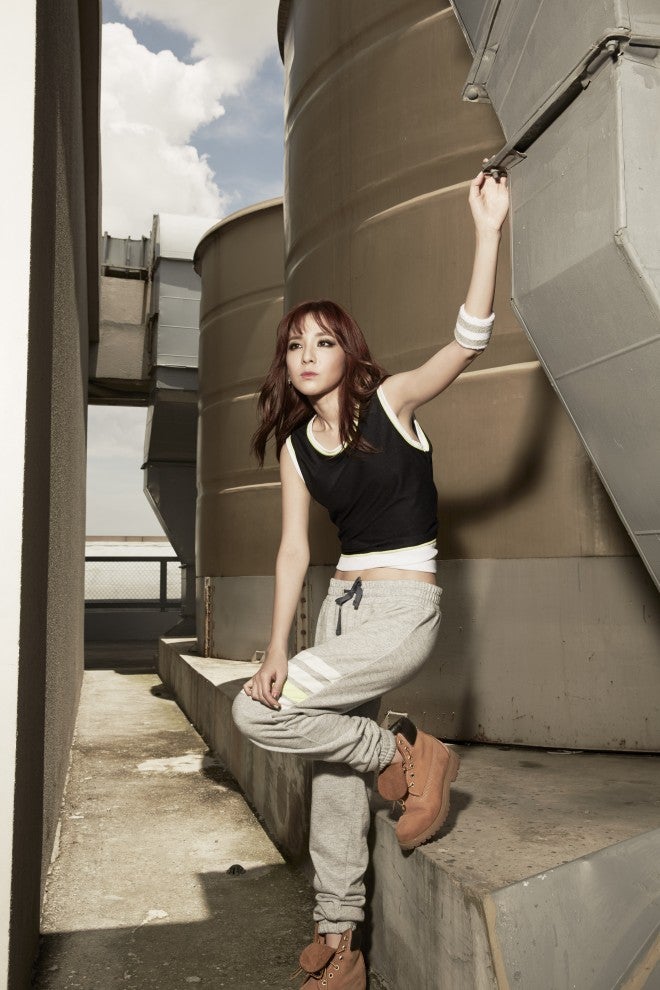 It’s a Thursday afternoon in July at the headquarters of Golden ABC in Quezon City and, for most of its employees, it was business as usual.

But on the fifth floor, at Studio 1155 and the Gallery, a big secret: K-Pop superstar Sandara Park was shooting her first campaign for Penshoppe.

(READ: Sandara Park’s secret is out)

She posed effortlessly in front of the camera, rocking a hat and vest from an upcoming collection as 2NE1 songs blasted from speakers.

After booking three supermodels in a row—Cara, Sean, Kendall Jenner—Penshoppe may surprise fans with its choice of new endorser. But it makes sense, given Penshoppe’s expansion to other Asian countries. The brand already has stores in Saudi Arabia, Bahrain, United Arab Emirates, Indonesia and Cambodia, and it will be opening two stores in Vietnam in October.

“We wanted to get someone who would complete our Asian Superstars pool. To join Mario Maurer, we picked Dara. She’s well loved by Filipinos but at the same time is very global. Her sense of style and fashion pretty much sealed the deal for us. As we go more regional, tapping the Asean countries, we feel that Dara is the ideal brand ambassador to help us reinforce our international vision,” said Jeff Bascon, Penshoppe’s brand director.

Asked why she said yes to becoming the new face of the brand, Dara said, “Because I love Penshoppe. Talagang sinusuot ko yung Penshoppe since high school days pa lang.”

She recalls a red Penshoppe shirt that she couldn’t stop wearing. “I wore it so much. When I see my pictures from high school, ’Huh? Ito na naman suot ko?’ It’s funny.” 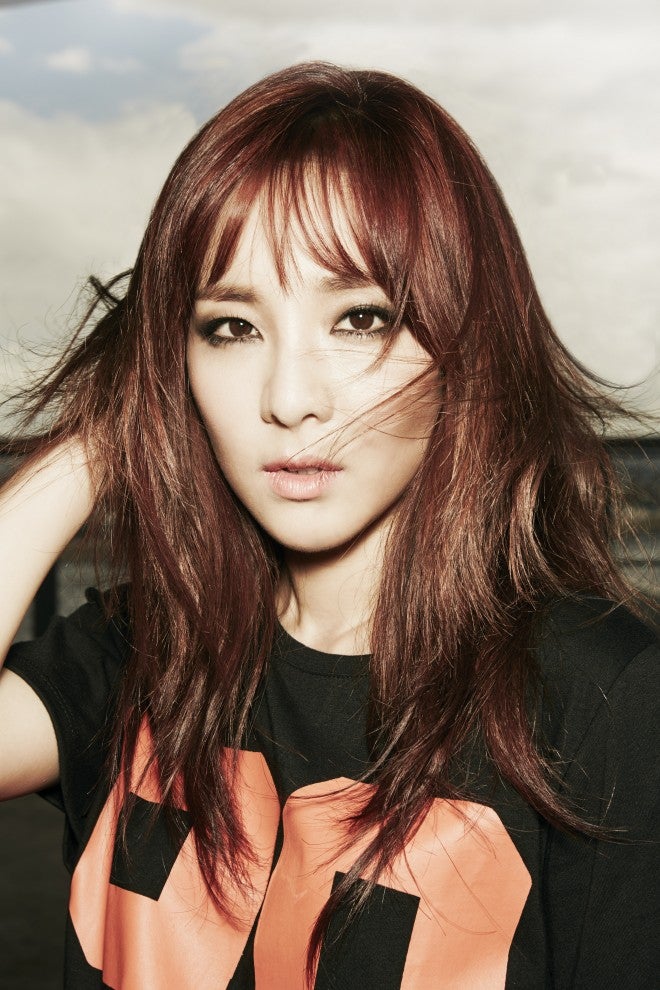 Long before Dara conquered the K-Pop world, she was the Philippines’ “Pambansang Krung-Krung,” the quirky, funny, pretty Korean girl who melted hearts with her tearful Star Circle Quest audition and charmed her way into show business. She bagged commercials, starred in TV shows, made movies and released songs like the then-inescapable “In or Out.”

As she sat in front of us after the shoot, wearing a cat beanie and a blue Penshoppe polo with another adorable cat peeking from its pocket, it’s easy to forget that this is Dara from the massively popular K-Pop group 2NE1, the ubiquitous presence in Korean fashion magazines, the actress who just finished two Korean web dramas (“Dr. Mo Clinic” and “We Broke Up”) and who is about to star in her first Korean film.
It’s easy to forget that this is a girl whose every move is chronicled by K-Pop websites and blogs devoted to her, whose adoring fans create YouTube videos as a tribute to her and her cuteness. It’s easy to forget all that when she begins waxing poetic about Jollibee, which she requested to have for lunch that day. “Always the same, spaghetti with chicken pero spicy chicken and dapat may Jolly Hotdog. That’s my favorite,” she said.

It’s easy to forget, too, when she insisted on speaking Tagalog during the interview, something she doesn’t get to do in Korea. According to her, “Nagte-text ako ng Tagalog but in Korea nobody can speak Tagalog so medyo nabubulol ako.”

She may have moved back to her birth country, but the Philippines will always be her second home. “Ang dami kong memories. I miss this place,” she said.

And Filipinos miss her too, welcoming her excitedly at each visit. “Hindi pa rin nila ako nakakalimutan,” she said. Sandara hasn’t forgotten either; her Twitter handle is @krungy21 and her bio includes “Pambansang Krung-Krung ng Pilipinas.”

Dara may be a Korean superstar, but she will always be a Filipino darling. 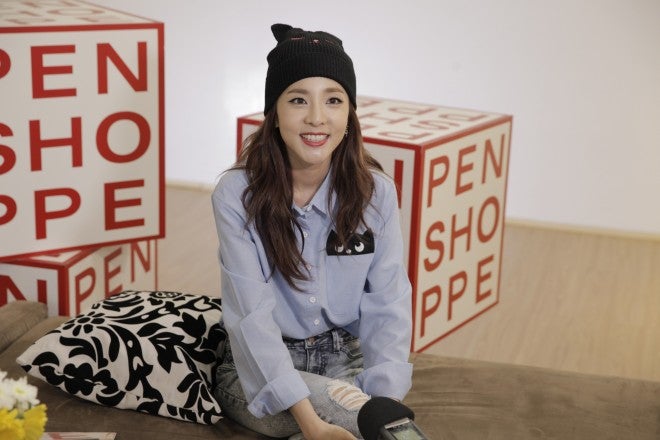 How was the shoot? 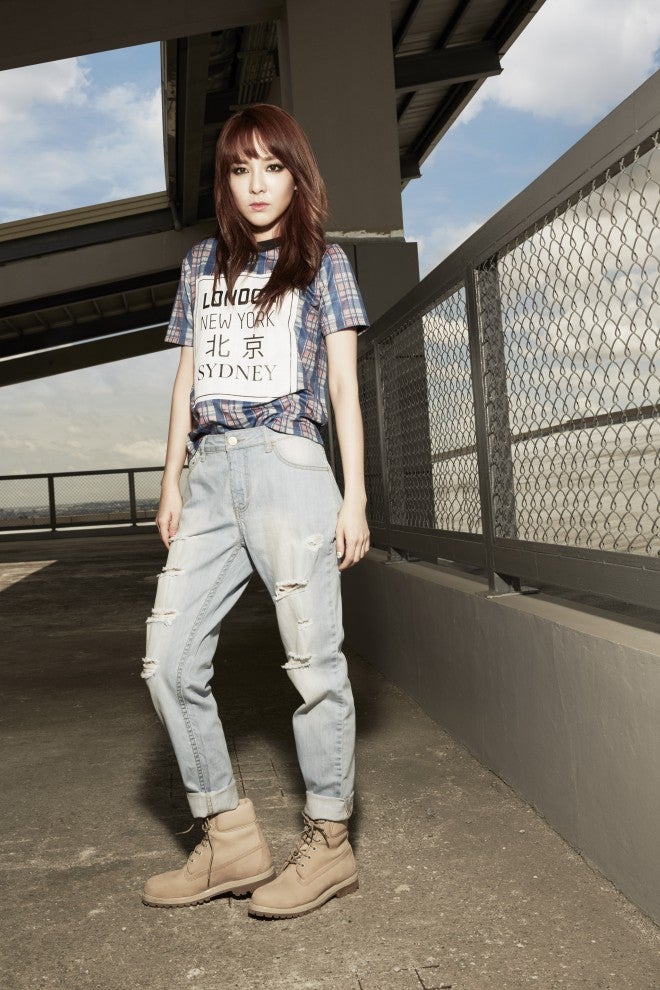 What did you think of the clothes?

So you’re bringing some back to Korea with you?

Did you have favorite pieces from the shoot?

How does it feel to be back in the Philippines again?

When you’re in Korea, what do you miss the most about the Philippines?

What do you normally eat there?

Sinigang. And sisig. Lechon. Yeah, I order a lot.

You ate Jollibee today. Is Jollibee something you miss also?

Do you ever watch your old videos from your time in the Philippines?

When was the last time you watched your Star Circle Quest audition?

Are you still in touch with your Filipino friends?

Are you going to see them while you’re here?

What’s the best thing about being a K-Pop star?

Siguro being loved by all the fans all around the world and being able to travel to different places. Sobrang gandang experience.

When will people get to see you guys as a group again?

Do you still get to hang out with them?

What was it like working on those web dramas in Korea? Is it different from acting in the Philippines?

Is it true you’re doing the Korean adaptation of “Begin Again”?

Yes, pero actually, it’s not the same story as “Begin Again.” We have our own story. Pero it’s related to music, that’s why siguro they say it’s the Korean version. But it’s not.

Have you started working on it?

Not yet, but I’m going to start shooting very soon.

How do you juggle your love for music and acting?

Syempre I love doing both. Sa latest web drama ko, I sang the soundtrack of the drama. So I can do singing and acting at the same time.

What else do you want to do?

Would you be willing to do a movie in the Philippines again?

Of course, I would love to… Pumunta nga ako sa Star Cinema, nag-usap kami ni Tita Malou (Santos)… like this and like that… Kaya lang nahirapan kami sa schedule so… But I’m hoping someday makabalik ako and do a movie with many cute actors in the Philippines.

If you were going to do a movie here, who would you want to work with?

Everyone says you haven’t changed. How do you stay grounded despite the fame?

Is fashion something you really enjoy? Describe your personal style.

Skinny jeans na roll-up jeans and wearing sneakers or flats that are unique.

Hmm. My family, friends, people around me, my lovely cats and siguro cellphone, kasi I can watch TV and do Internet with my cellphone. And food. And aircon! Kasi mainit. (Laughs)

Did you get to meet them?

Do you have a message for your Filipino fans?

What else can fans expect from you?

The upcoming movie. And I don’t know yet pero I really want to work hard.