This time, it’s the crust that counts | Lifestyle.INQ ❮ ❯ 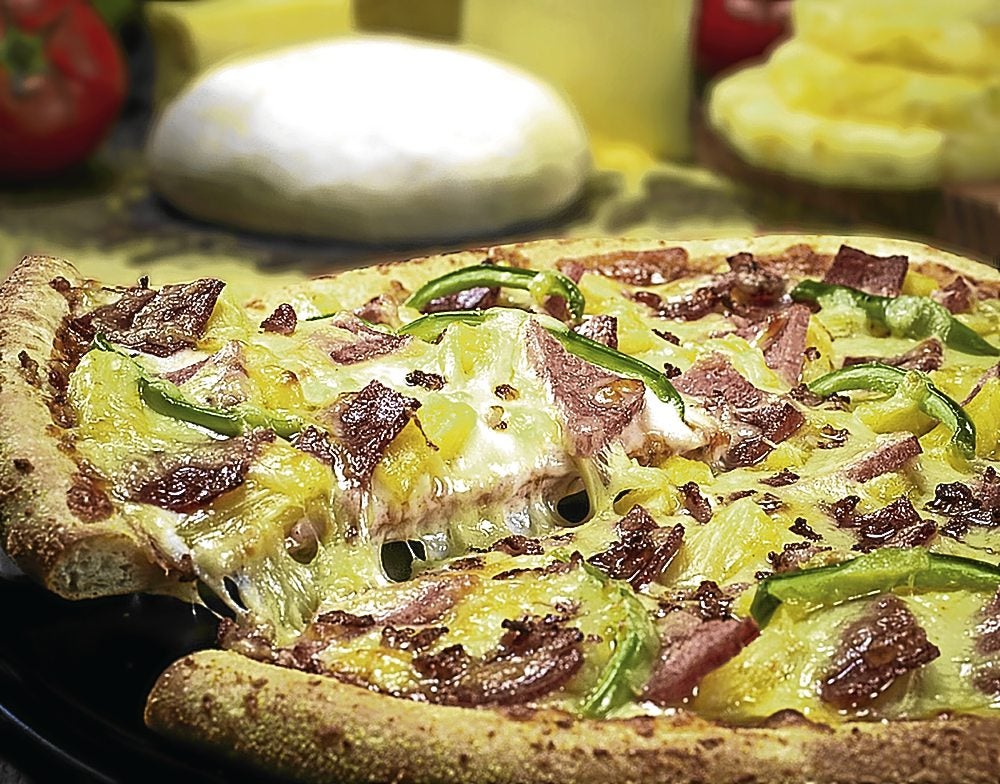 This time, it’s the crust that counts 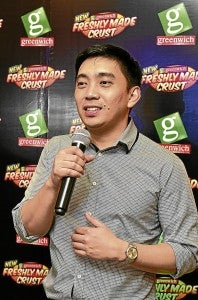 Pizza is comfort food meant to be shared with family and friends, and often, it requires a consensus on which one to order. Ham, salami or bacon? Meatless? With or without onions or pineapples? Extra cheese? With all the works?

There is a certain thrill—and challenge—in choosing the perfect set of toppings that would make everyone happy.

But what about the crust?

Greenwich knows Pinoy pizza best. For one, it worked around the Filipino palate in coming up with the formula: sauce that is slightly sweet with a hint of sour and spicy, lots and lots of cheese, meat that cooks well and gives a good bite, crisp veggies and a good crust.

This year, Greenwich came up with the Freshly Made Crust upgrade, which applies to all its pizza. It took the team a couple of years to finalize this calculated crust that comes in thin and thick varieties: chewy and soft inside, and baked just right to lend a certain crunch outside. It has the right thickness; not bread-like and not wafer-thin either. And the best thing about it is, it’s made upon order. 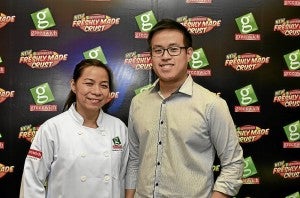 Greenwich brand manager Allan Tan said in their research, 62 percent of the respondents preferred the new crust over the previous one.

He also mentioned the other Greenwich campaigns—the Overload pizza in 2008 which had twice the amount of toppings, and the Xtreme Cheese Pizza in 2009 with double the cheese. This was introduced alongside the “Sobrang Cheesy” ads which featured sweet, sappy scenes.

“When you have pizza, you instantly get drawn to the toppings, and, of course, the cheese melting on top of it, stretching as you pull a slice off the pan,” he said. “Now we are focusing on the crust, the base that makes a pizza taste good.” 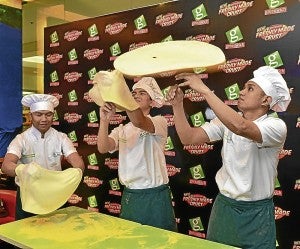 Consistent bestsellers for Greenwich are the Ultimate Hawaiian Overload pizza with twice the ham and pineapples (caramelized a bit) than the regular pizza; and the Greenwich Special Overload with salami, beef, smoked bacon, pineapples, green bell pepper, onion, olives.

Other pizza varieties are All-Meat and Cheese Overload with six kinds of meat, Extreme Cheese Pizza with seven types of cheeses, Cheesy Bacon Burger Overload, Cheesy Roast Beef Overload. These are available in Double, Barkada and party-size 15-inch for thick crust, plus Square for the thin crust. Classic Pizzas include Ham and Cheese, Hawaiian, Pepperoni, Greenwich Special and all-veggie Garden Fresh. The regular pizza costs less than the Overload selections, but has less toppings. They are also available in Double, Barkada and Square sizes.

A pizza-making contest for media participants was recently held in the SM Megamall branch to show how the pizzas are made.

Greenwich research and development head Suzanne Cruz did a demo on how to make pizza from scratch. Then we were given 20 minutes to do a double-size pizza. Easy? Not really for newbies.

First you have to knead the dough ball in cornmeal, slap it to stretch it, but still make it round and even, otherwise the pizza would be oblong and have thin spots that would burn upon baking. Bubbles can be prevented by pinching.

Only after you have settled the shape and thickness of the crust (tricky!) can you spread olive oil on it and turn it over so that you could spread the sauce. Again, you have to make it even so that it won’t burn. Then you brush garlic oil on the outer crust, and put toppings in the right order, an inch away from the edges. 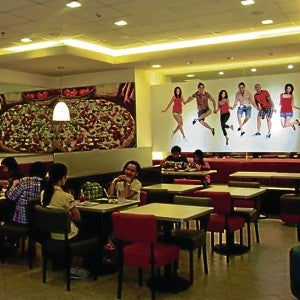 Greenwich branches are also having upgrades in interiors. Of the 220 branches, 70 percent have been converted from fast-food to casual-dining. Tan describes this as a more relaxed, more streamlined setting.

“The chairs are different, softer and more cushioned. You still go to the counter to order, and the food will be delivered to you,” he said. “We are promoting Greenwich as a hangout place since majority of our diners are barkada, officemates.”

Concept stores are in SM Mall of Asia, Katipunan and TriNoma, with free WiFi.