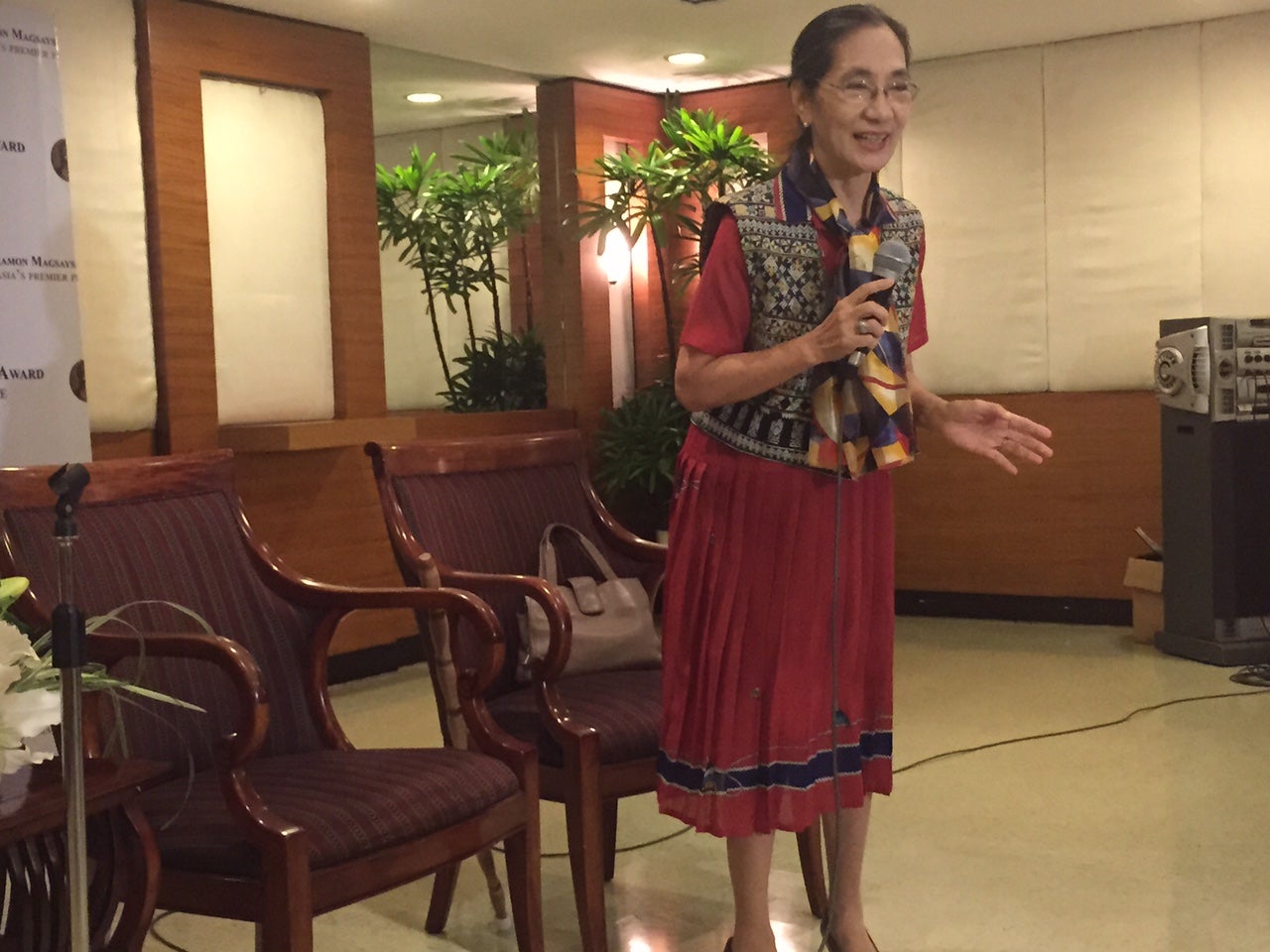 LIFE changed when Ligaya Fernando-Amilbangsa married her schoolmate at Far Eastern University and moved to Sulu. In the next three decades, she spent her life immersing in the cultural life of Mindanao.

But what caught her interest the most is the dance called pangalay (gift offering), a dance tradition among Badjao, Samal, Jama Mapun and Tausug peoples of the provinces of Sulu and Tawi-Tawi.

“It was always so smooth and easy. That’s how I got started to look deeper. That’s how I felt, I like to learn more when I first saw pangalay in Jolo,” she said on Friday.

The dance is traditionally performed in weddings and other festive events. Amilbangsa said the dance has a rich movement vocabulary.

She committed decades of her life in studying, documenting, practicing and promoting the ethnic dance.

Amilbangsa was saddened to see the pangalay dance becoming a marginalized tradition. Because of these, she formed arts groups, networked with dance scholars and practitioners in Asia, studied, taught and performed the ethnic dance.

“I think we have failed miserably in promoting our own ancient dance tradition, which is pangalay. It may be Islam in the Philippines but it should not stop us from learning. I tell you wala tayong Muslim dance. There’s always a mistake. We don’t have a Muslim princess…There’s Maranao, there’s Tausug princess. Wag sabihing Muslim criminal…wala naman Christian pickpocket…so yun misnomer. We have to take that out. Walang Muslim dance, we don’t have royal dance…..Anybody can dance, wala siyang social stratification,” she said.

She said dances like pangalay should be nurtured as a living tradition and not as a museum piece.

“Pangalay is the one of the closest we have to a classical form because of the richness of the vocabulary. Ang dami nang na-isolate ko mga almost 40 movements, postures and gestures for the dance so it will be easier to be learned for non-natives like you and foreigners….Once you can dance it the philosophy of the world view of people comes to life…intangible yan pag nagawa mo na,” she said.

The 72-year-old Amilbangsa is one of the recipients of this year’s Ramon Magsaysay Awards, the Asia’s equivalent of the Nobel Peace Prize, for her passion in preserving the endangered artistic heritage of southern Philippines, and in creatively propagating a dance form that celebrates and deepens the sense of shared cultural identity among Asians. The awarding ceremony will be held on Monday.

“We have that kind of faddist thinking. Look at our neighbors, sobrang umaasenso sila. Ang lakas ng nationalism nila paano yun? Because they to keep alive their ancient traditions. What is tradition? It is our connection to the past. Unless we remember the past, we learn the lessons of the past, how can we have a good future?” she said.