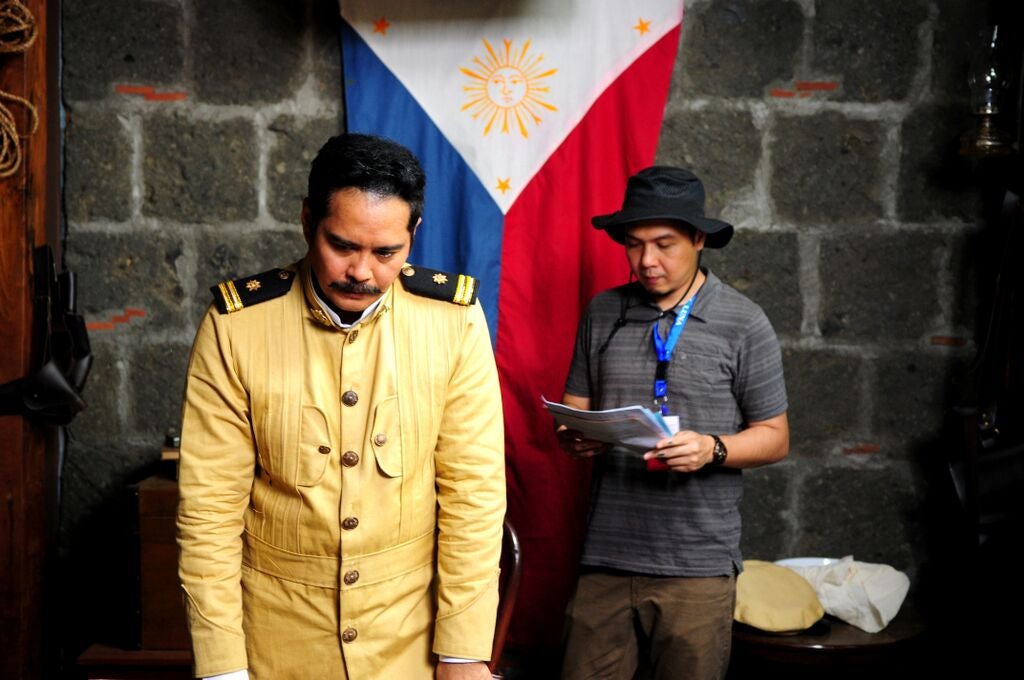 How the film ‘Heneral Luna’ finally saw the light of day

TWO FORTUITOUS events, though 17 years apart, led to the making of a film on Antonio Luna—described by first Philippine President Emilio Aguinaldo as his “greatest general” of the revolutionary army during the Philippine-American war.

E.A. Rocha, cowriter and producer of “Heneral Luna,” recalled: “Oliver Stone optioned a script that Henry Francia and I wrote called ‘Little Brown Brothers.’ This caught the attention of Cirio Santiago, who then commissioned us to write a script about any hero we want for a TV series [in connection with the celebration of the centennial of Philippine independence]. We chose General Luna…”

That was in 1998. But the project fell through after Rocha and Francia were asked to revise the script several times for a full-length film.

This year, the film was finally made after young indie filmmaker Jerrold Tarog got into the picture. While preparing to write his own script, Tarog learned that there was another script lying around, which led him to hook up with Rocha.

Bankrolled by a group led by Fernando Ortigas, “Heneral Luna” stars John Arcilla as commander of the Philippine revolutionary army raring to fight and resist American rule in 1898.

Tarog sat down for a chat with Inquirer Lifestyle to discuss the film.

How did the project start?

I wanted to write a script on Antonio Luna, but then I was told that there was already a script written by Ed Rocha. So I looked for him, we talked… I asked permission if I could do a rewrite because the original script was in English. I asked help in translation from Alvin Yapan.

What was your prime motivation in doing the film?

Luna’s life fascinated me because he didn’t care whether his actions would cause the ire of people around him. What mattered to him was his principles. To me it was, wow, this was a different kind of hero… At the same time he had flaws in his character…

How did you research on his life and times?

My primary source is “The Rise and Fall of Antonio Luna” by Vivencio José… I also took a lot of inspiration in terms of tone, how to humanize Luna on film, from Nick Joaquin’s “A Question of Heroes.”

Budget is a perennial challenge in making indie films. How did you work around the financial constraints in this instance?

Here we didn’t have financial constraints. Sir Fernando Ortigas was very generous. He gave us all the resources we needed to fulfill our vision. We were lucky.

What’s it like working with the cast? Any new insights about your regular actors?

It’s my first time to work with John Arcilla. When I saw him in the film “Metro Manila,” I knew he was my Antonio Luna. Magkahawig pa sila… On the first day of shooting “Heneral Luna,” the scene was a big Cabinet meeting where everyone was arguing. I felt fortunate to be working with this cast, dahil sa sobrang galing nila, alam na nila kung ano dapat nilang gawin… I just had to tell them ’pag medyo lumalampas na sila … at kapag may kulang… Otherwise everything turned out fine…

Antonio Luna is a tragic but legendary figure in the Philippine revolution. What is his relevance to contemporary Filipino society?

The film itself is an attempt to identify the ills of our society. It’s a certain disease that’s been plaguing us even before the Spaniards [and Americans] came. We have a cycle of betrayal. Hanggang ngayon nandiyan pa rin. We want to emphasize that our biggest problem is ourselves, not being colonized…

How would you describe today’s local film industry?

Before meeting Ed Rocha, I tried asking mainstream producers to do “Heneral Luna.” Ayaw nila kasi historical, the impression is that it will be boring and will not sell. Ang hirap i-explain ’yung vision na hindi ito boring.

What else excites you as an artist?

The thought of not knowing what will happen to a particular project. Every film is a dream project. That’s why I try to do films in different genres, iba-ibang set of problems and challenges, although ’pag mainstream napupunta ako sa horror.

You’re a Music major from UP. Did you have a hand in picking Ebe Dancel for the theme song of “Heneral Luna”?

Yes, because he was a schoolmate in UP Los Baños and I knew what he’s capable of doing. He performed the theme song, and I did the score for the whole film.