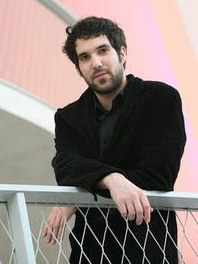 WHEN French classical guitarist Thibault Momper performs a special recital on Sept. 3, 7:30 p.m., at Alliance Française de Manille, he will try to be true to his audience.

“On top of this, I want the audience to feel what I’m feeling,” he said. “Of course, I think it’s difficult to play perfectly and I want to commit less mistakes. I also want to play music—not just notes. I always give my own interpretation as I don’t like copying anything from other artists.”

The recital is an evening of special pieces by Roland Dyens and Brouwer and by guitar’s favorite composers Barrios and Villa-Lobos.

Asked why he chose the guitar over other instruments, he explained: “The teacher I had in school was a friend of my parents and he played the guitar. There were many instruments to choose from in the school but the guitar spoke to me. I knew it was made for me. I had instant chemistry with the instrument, so after a few lessons I attended the conservatory of Nancy. I thought that the piano and violin looked too serious and not so fun when I was a kid. On the other hand, the guitar seemed so much cooler. What makes it different is it is more open to different styles. I also love the sweet sound of the guitar so much.”

A classical-guitar professor at the Music Conservatoire of Luxembourg while holding guitar classes at the European School in Luxembourg,

Momper said he enjoyed teaching even as he continued to be busy as performer.

“I think every student is different and they have different things to work on to make a piece of music better. I like this idea of finding the best way to develop each one in their own unique way. And the challenge to make a piece the best way they could with their own capabilities. And I also like the feeling of being a small part of the continuity of classical guitar,” Momper said.