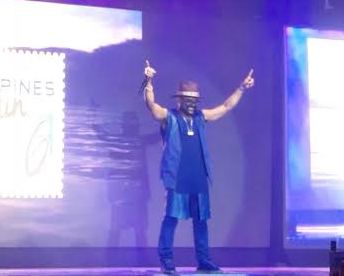 Domingo Ramon Enerio III, TPB chief operating officer, said he hoped the campaign would entice more tourists to visit the country even if they have been here before.

This sentiment was shared by singer Apl.de.Ap who performed at the dinner hosted by the TPB for delegates to the Philippine Travel Exchange or Phitex 2015. The popular entertainer and member of the group The Black Eyed Peas was tapped by the TPB to write a song and appear in a video promoting the Philippines.

The video aired during the dinner shows Apl.de.Ap in different local sites singing the lines to the jingle: “It’s more fun in the Philippines/It makes you feel like you’re in a dream.”

“When I was asked to be part of this campaign, I didn’t see it as work. I went to Palawan; it was like paradise.

“More second-generation Filipinos living abroad should visit the Philippines. Actually, tourists from all over should come to the Philippines, we have so much to offer,” he said.