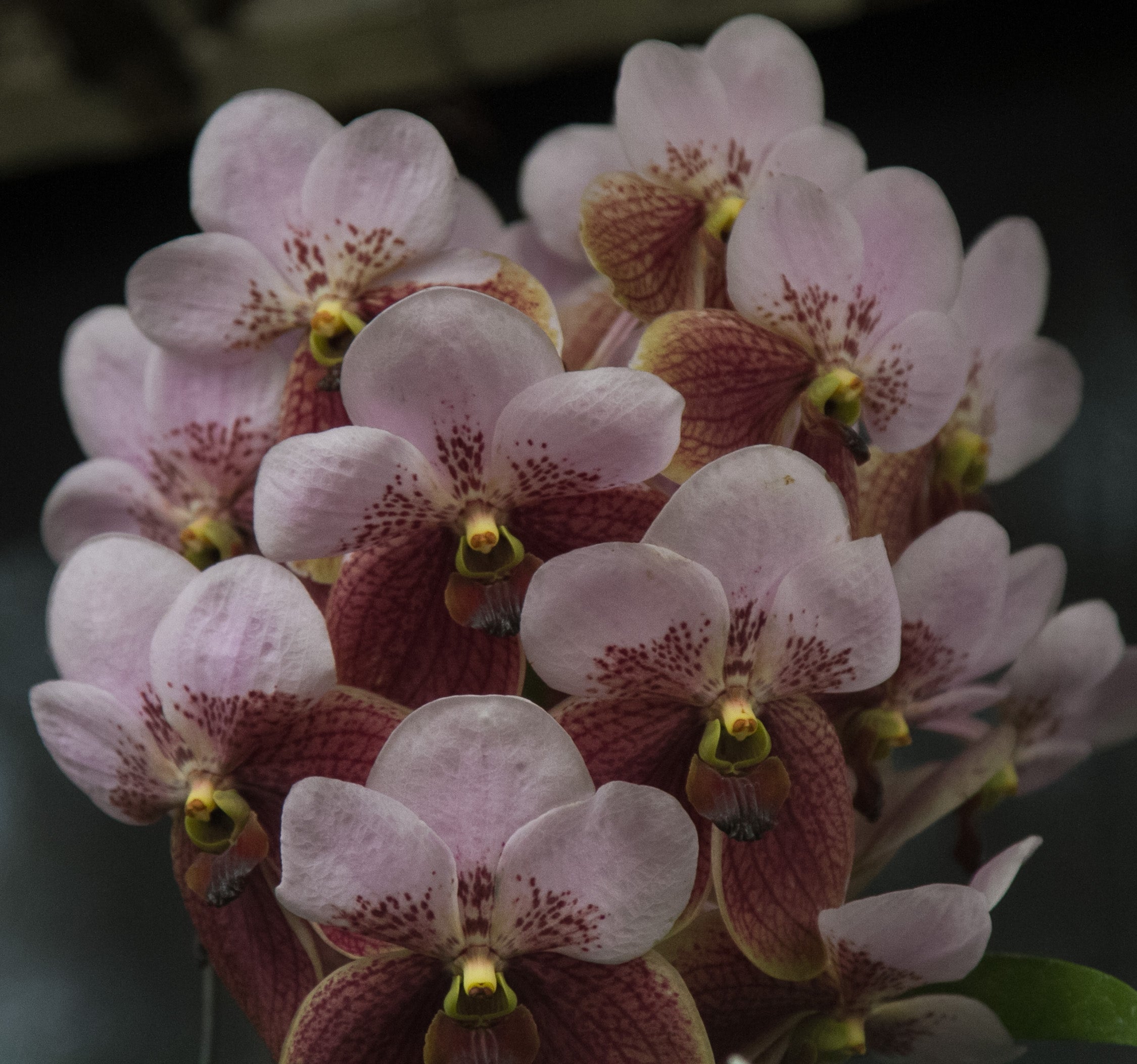 Catch this orchid show in QC

The gardens were soaked and the grounds waterlogged, but for the waling-waling, the queen of Philippine flowers, a drench of rain was exactly what it needed. It had been baking in the strange, summery August weather since sunrise.

The sudden downpour that afternoon returned the luster to the waling-waling’s wide, purple/rose-colored petals.

Waling-waling (Vanda sanderiana) thrives in the wet season. That is why every August, this flower of the orchid family is the highlight of the Philippine Orchid Society’s (POS) midyear show.

Endemic to the Philippines, flourishing in Mindanao’s forests, the waling-waling has been declared in 2013 as the Philippine national flower alongside the sampaguita.

While horticulturists have dubbed the waling-waling as the queen of orchids due to its significant influence in the breeding of modern orchids, and its popularity among cut flowers, it is still looked upon as a diwata (fairy) by the Bagobo people in Mindanao.

“They are protected by the Wildlife Resources Conservation and Protection Act,” said Kelvin Neil B. Manubay, POS vice president. “But the problem is lack of conservation initiative. There is no production, replication and cultivation.”

Manubay, who started growing orchids at age 14 and has been director of POS for more than 15 years, said his group has a conservation committee that educates and saves orchid species by growing them in habitats in Quezon City. But that’s not enough.

Manubay recalls a time when orchid exhibits and competitions were controversial. In the ’80s, he said, orchid shows were elitist. Only high society’s pampered dolls could afford the hobby, where the norm then was to boast about a flower that cost thousands of US dollars.

There was so much condescending snobbery going around that when cheap local flowers won the plum prize, Manubay said that the rich matrons with expensive, imported breeds cried foul.

“We have always followed international standards when judging orchids for their color, form, shape, substance, texture and flower arrangement. At that time, only a few were aware of this,” he said.

Today, however, orchids are not only an affordable hobby but growers are also more discerning when breeding. An orchid seed pod, for example, yields up to 300,000 seeds. Growers know they need to select the best among the progeny to produce flowers for exhibits and competitions.

The color, Manubay said, has to be balanced, clear and defined. There must be no fading or graying in the petals. The flower arrangement must also show all its blooms to the viewer.

These, he noted, can be achieved only through knowledgeable breeding.

“Orchids are the easiest plants to maintain, really. But when you buy an orchid, you have to know if it is for shade or for full sun. Does it like water? Does it want to be dry? Does it like being in the wood, on the tree or on the ground? You have to understand the orchid before you can grow it well,” Manubay pointed out.

A person who knows orchids well—there are two orchid types named after her—and a regular of the orchid society’s shows and exhibits is former First Lady Ming Ramos, who came early for the opening.

Her Ming’s Garden in Silang, Cavite, was once a coffee and pineapple farmland that she slowly transformed into a blossoming flower garden.

“Little by little I stopped growing pineapples without telling my husband, she said, laughing. “I started with one greenhouse, then added another. Up to now I haven’t told him there are only three coffee trees left. He has no choice because it’s my money I’m spending. If it’s your money nobody can tell you what to do with it.”

Every Friday, Ramos said, she visits her garden with her daughter Carolina Ramos-Sembrano, who, years ago, suffered a terrible blow to the brain when she was sideswiped by a water delivery truck.

She noted that her daughter, who now has the mental capacity of a 10-year-old, can still replant up to 40 plants each Friday.

“The Philippines can become like Singapore, Malaysia and Thailand in exporting plants, but we’re too busy fighting each other all the time,” Ramos said.

The floricultural industry worldwide is a $97.2-billion industry. The Philippines’ contribution to that stat, said Manubay, is only 0.02 percent.

“We have to develop orchid nurseries that are producing our own species,” Manubay added. “The Philippine government, unfortunately, looks at collecting orchids as a luxury. The Manila Seedling Bank is turned into a mall! Remember, though, that flowers are one of the most salable products in the world—every major life event needs them.”

For the first time, he noted, “the Philippine Orchid Society is offering laboratory-produced and propagated plants that were not gathered from the wild. Seedlings of the waling-waling are being made available to those who want to have this valuable and seldom-seen plant in their gardens. This midyear show highlights the once-a-year flowering of the waling waling.”