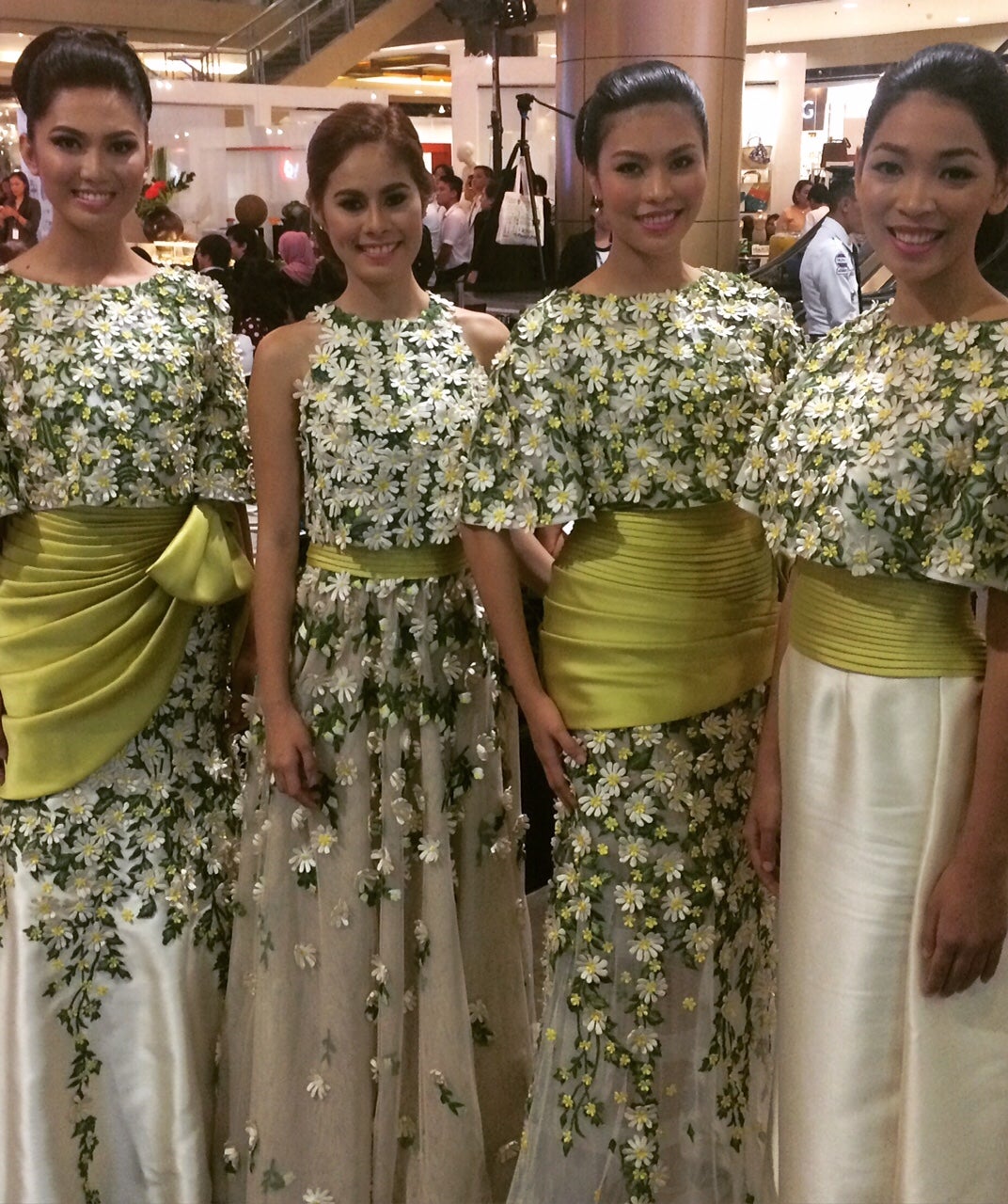 Beauty queens from Cebu wear Rodriguez's Filipiniana finery made more visual through his use of floral applique and embroidery.

AS part of the ongoing senior ministerial meetings involving 21 member-countries of the Asia Pacific Economic Cooperation (APEC), SM City Cebu, the Department of Trade and Industry and Cebu’s provincial government hosted delegates and prominent members of Cebu City society to a night of fashion and music yesterday at the mall’s North Wing.

Dubbed as “Exquisitely Filipino,” the trade exhibit featuring the best of Cebu’s furniture, accent pieces and fashion accessories has been open to the public since last week.

They were joined by lesser-known colleagues such as Mia Arcenas, Albert Arriba and Philipp Tampus.

Accessories like soft evening clutches, minaudieres and bangles were provided by Doro Barandino of D’Oro and Bon-Ace, which, together with Luisa Home by former Movement 8 member Luisa Robinson, are also participating in the ongoing exhibit.

“Exqusitely Filipino,” wasn’t just an ordinary exhibit, but a “special” one, as it “showcases the best of the Philippines through Cebuano fashion, furniture and home accessories,” said Marissa Fernan, VP for SM Prime Holdings.

Apart from its layout and presentation, what makes the exhibit commendable is SM’s effort to promote world-class Cebu-based companies even though they’re not tenants of any of its malls.

Providing live music as models walk across the hall in their modernized Filipiniana and Western finery were musicians from the province’s very own Cebu City Philharmonic Orchestra.

SM also supports members of the group, most of whom hold day jobs, by funding and giving them a venue to rehearse, said Fernan.

Just because many foreigners would be watching, Rodriguez, president of Fashion Council Cebu and one of the go-to guys of Cebu’s socialites and fashionistas, didn’t impose on members to come up with their respective versions of Filipiniana.

“More than anything else, I wanted them to come up with clothes that best reflect their strengths and personalities as designers,” he said.

And judging from the crowd’s warm reception to the clothes and exhibit’s overall setup, SM and members of Fashion Council Cebu were again able to put the country’s best foot forward in so many unique and exquisite ways on the global stage. “Exquisitely Filipino” ends September 8.