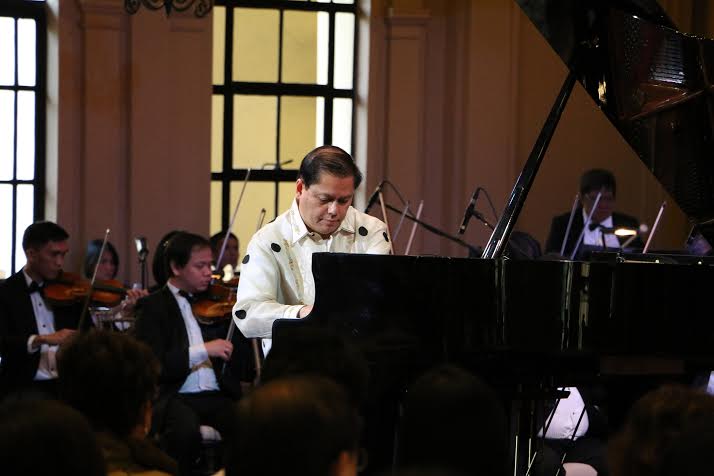 AS PART of its 15th-anniversary concert season, the Metro Manila Concert Orchestra (MMCO) will present “The Powerful Prokofiev” with Josefino Chino Toledo as conductor and Raul Sunico as pianist, on Sept. 18, 7 p.m., at Meralco Theater, Pasig City.

Sunico, president of the Cultural Center of the Philippines and dean of the University of Santo Tomas Conservatory of Music, will be performing the Prokofiev (also spelled Prokofieff) Concerto No. 3 in C Major, Op. 26. He says that he is excited to play the piece again after 46 years.

“The first and only time I had performed this was in 1969 with the UP Symphony Orchestra under professor Regalado Jose, when I was a student of the UP Conservatory (now College) of Music at the Abelardo Hall Auditorium,” Sunico says.

“There are five concertos in all, of which I had also played the second one at the Metropolitan Theater in the mid-’80s with the Manila Symphony Orchestra under guest American conductor Garythy Nair.”

The piece is a highly technical work with bits of contemporary lyricism and frequent changes of tempi and moods, notes Sunico.

“It is a difficult piece in general, but not as difficult as the 2nd, which I consider to be among the most difficult concertos (the other one is Bartok Concerto No. 2) in my concerto repertoire of around 25 concerti,” he says. “My choice of this piece is based on its hopeful appeal, infrequent performance in Manila, and variety of programming for the MMCO.”

In 2003, Sunico played the complete concerti of Rachmaninoff (four in all) at the Cultural Center of the Philippines. In February 2015, he performed Tchaikovsky (three in all) at the National Museum. Both were under conducted by Herminigildo Ranera, who was conducting the Philippine Philharmonic Orchestra.

“I had toyed with the idea of playing the 5 Prokofieff as my next major musical challenge,” Sunico says. “However, it may be a bit too much for the listening ear as Prokofieff is a contemporary composer. As far as known records show, I was the only one in the world to play the four Rachmaninoff concerti in one evening, and the first one in the world to perform the three Tchaikovskys in one evening.”