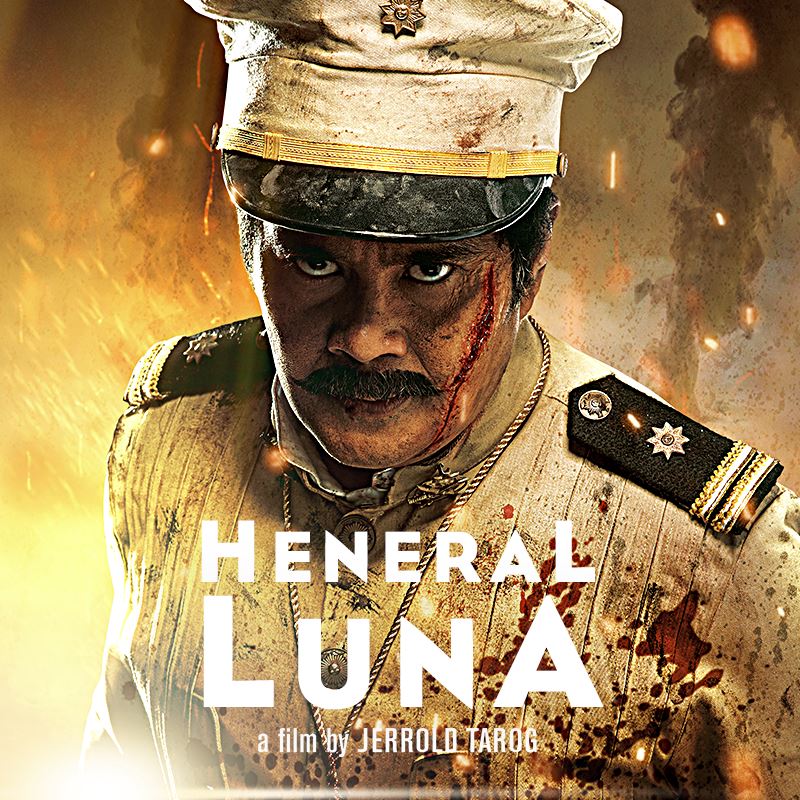 By focusing on arguably the most rugged—and therefore the most dynamic—figure of the Philippine war against the American invaders, Jerrold Tarog’s “Heneral Luna” revives the historical action movie and in effect, revitalizes two dormant genres—the action film and more important, the historical film.

“El Vibora,” which is actually a film adaptation of the Tagalog “komiks” novel mythologizing the life and exploits of the Filipino general Artemio Ricarte, whom Luna succeeded as commanding general of the Philippine Army, was a hit in the early 1970’s, which, extending from the 1960’s, perhaps constituted the golden era of Philippine action movies.

“Heneral Luna” is hardly an all-out action movie like “El Vibora,” but its battle scenes are well-choreographed and engagingly photographed. The advances on film technology have been fully exploited by Tarog, an all-around filmmaker, in the service of the historical action movie.

His technical facility and viewer-friendly approach (Tarog’s romance movie, “Sana Dati,” won the Cinemalaya Directors Showcase for best picture and best director in 2013 over more “serious” movies by very senior directors) have enabled him to revive the fortunes as well of the historical movie.

Financed by a group led by businessman Fernando Ortigas, “Heneral Luna” is superbly made; the camera works are among the most impressive of late in a Philippine movie. The production design and art direction are topnotch.

The opening scene has Luna boasting that his master painter brother, Juan who else, had helped him design the uniform of the nascent Philippine Army; and the movie later makes references to Juan Luna’s “Le Parisienne,” in telling the life of the Filipino expatriates  and Propaganda Movement in Europe, and of course, in a very stark fashion toward the end, to “Spoliarium,” in which the assassinated bodies of the general and his aide, were herded like the vanquished gladiators in the famous mural that now graces the National Museum. And of course, the all-star cast is first-rate, with John Arcilla in the career-defining role of “El Heneral.”

It helps that the subject matter is an “action man” in the most literal sense of the term. Movies on Filipino patriots have been either frozen in time—fossilized and even desiccated –because of their subject matter’s “contemplative” character (the intellectual Rizal) or their cliché heroics-cum-hysterics (Bonifacio and his monument-al Cry of Pugad Lawin). But with Antonio Luna, Filipino audiences get both an intellectual (Luna was a scientist and poet) and a man of action (he was a marksman and fencer and studied military tactics in Europe).

Moreover, Luna was a far cry from the tale of Philippine heroics: he won battles against the vastly superior Americans and was not a loser, unlike Bonifacio and Aguinaldo and perhaps much of the Philippine pantheon of heroes.

Of course, “Heneral Luna” is an action movie with significant content, even a distressing and depressing content. Weaving both fact and fiction, the screenplay (by E.A. Rocha and Henry Francia with Tarrog) plumbs one of Philippine history’s greatest mysteries: the assassination of Luna. The result is a compelling tale of political intrigue and even conspiracy.

A tragic hero in the most literal sense of the term because of his brilliance, hubris and tragic flaw (his arrogance and inflexibility), Antonio Luna appears the hapless victim of the shallow personality orientation of much of Philippine politics and government. Perhaps even worse, he’s the victim of the damaged culture of the Filipinos—their lack of discipline, their incapacity to rise beyond filial, feudal, regional, parochial interests, their emotionalism and extreme sensitivity that make them harbor deadly grudges for the pettiest criticism or slightest slight, and the historic unprofessionalism and opportunism of their military and police officer corps.

Above all, Luna was the victim of the ultra-nationalism that has bedevilled our study of Philippine history and made us apes and parrots of the Anglo-American yarn of “la leyenda negra.” Luna was a reformist who did not believe in the Philippine revolution or at least like Rizal, believed the Filipinos were not yet prepared for independence from Spain, and like Rizal much later, sided with Spain in the war with North America, and eventually with the Filipino revolutionaries in the defense against the invasion. It has been repeated no end that Luna’s is again one tired proof that the revolution devours its own children. This is not true. The revolution did not devour Luna: El Heneral was assassinated by the revolution.