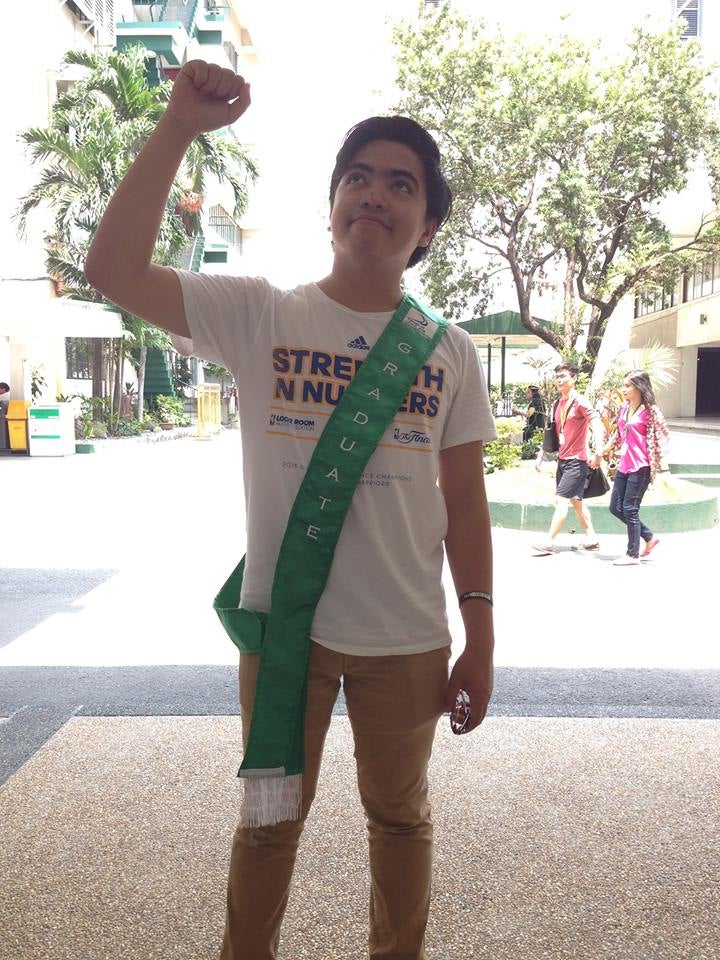 CHRISTER De Guia won four tickets to the show and sported the same Dubs shirt he wore during graduation.

Crazy over Curry: A fanboy’s story 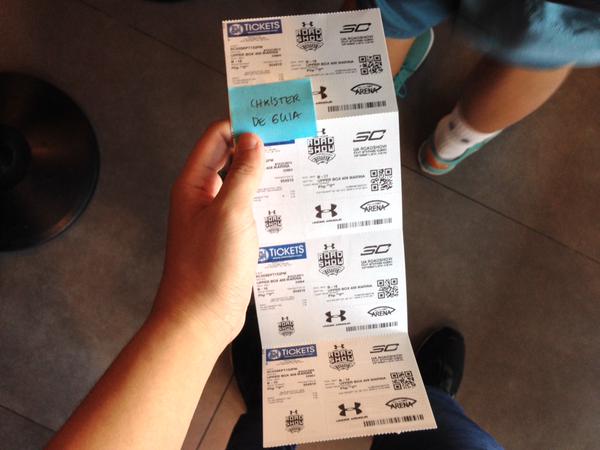 Stealing the thunder from NBA titan Stephen Curry while he’s on the court is a rare moment these days.

But seven-year-old Dominic Tuason impressed the 2015 NBA Most Valuable Player when the kid showed off his ball-handling skills. His dribbling had a mastered pace and rhythm, almost in sync with Curry’s drill video that was playing on the loop above the court.

(READ: Stephen Curry: You have to outwork your competition in whatever level you are)

Other children, wearing No. 30 Warriors jerseys, were on the edge of their seats, wondering how a boy their age could strut it out in a one-on-one with the Warriors streak-shooter—and win.

Thousands of fans at the Mall of Asia Arena would have probably given up all they had, just to be in Dominic’s place at that moment, even if the boy’s match with Curry lasted for only two possessions.

One of them was Christer De Guia. He joined Globe Telecom’s #SquadGoals Twitter contest, in which he had to tag three friends who he wanted to share the Under Armour Road Show experience with, and the next day they found themselves seated on the upper box section.

“I thought I wouldn’t be able to see him [Curry] in person again. But apparently, I’m good at contests,” De Guia said.

He actually had his first chance to see Curry live at the NBA during the first game of the Finals before he headed home to Manila from San Francisco.

Unfortunately, tickets were either too expensive or hard to come by for the next games, but the Dubs fan since his grade school years didn’t let the moment slip. He watched the games in a local pub in the Bay Area with fellow supporters dressed in blue and gold. He rode the euphoria that came with the Warriors clinching overtime despite LeBron James scoring 44 points.

By Game 6, he was wearing his prized Warriors shirt under his toga, waiting for two important announcements: his name to be called on stage for graduation, and the Dubs finally ending their 40-year NBA title drought.

It was the same shirt he wore during the road show in Manila, where he watched the splash brother nail those moneyball shots from downtown in the flesh. He also heard Curry cheer for the younger players, screaming “splash” when the kids scored from the rainbow perimeter during the three-point shoot-out.

The fans roared whenever Curry dished out threes, but when he served a two-handed reverse dunk, everyone went crazy.

“His character and skill left me in awe, despite his competing with a younger set of players. I can’t wait for him to come back again, hopefully with the rest of his team,” said De Guia.

After the chanting was over and the rest of the fans had left MOA Arena, De Guia stared at the empty court below and told himself, “One of these days our paths will cross again.”