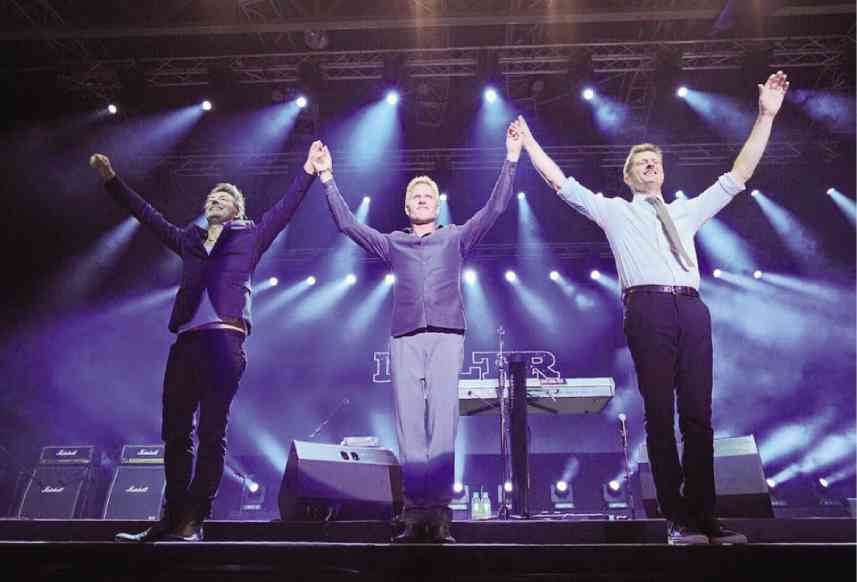 Her latest album, “Emotion,” released early this year, was reportedly influenced by songs from the 1980s. The music video of its single, “I Really Like You,” stars Tom Hanks lip-synching the song’s lyrics, with Justin Bieber making a cameo appearance near the video’s end.

We’ll see if Jepsen’s young fan base has expanded after “Call Me Maybe.”

We’ve lost count of the number of times Maroon 5 has played in Manila, but one thing’s for sure, this American band continues to draw a big crowd. In fact, tickets to its MOA Arena  concert were said to have sold out shortly after going on sale.

But there might be a few left, since Smart Communication’s music app Spinnr is rewarding its loyal subscribers by giving away VIP tickets to the show.

Spinnr users need to register to the Spinnr app or website spinnr.ph. Points are earned by subscribing to Spinnr Live Package for P99 which includes 30 days of all-day music access with no added data charges. They can collect more points by downloading or gifting the featured artists in their respective promos via Spinnr.

Spinnr is also sending three lucky winners and their companions to an all-expense-paid trip to Las Vegas to watch for free Madonna’s concert on Oct. 24 at the MGM Grand Garden Arena.

We’ve written about Michael Learns to Rock last week, but it’s worth noting that for its Big Dome gig, the popular Danish band is performing not only its enduring pop hits (“Sleeping Child,” “25 Minutes,” “Out of the Blue,” “The Actor,” “Take Me To Your Heart,” among others) but also two new singles,  “Silent Times” and “Call on Love,” which were included in the album “25: The Complete Singles,” released last year to celebrate the band’s 25th anniversary.

The band arrived in Manila last Sept. 11, a week ahead of its concert, to promote the album.

There are two nightlife places we highly recommend after having visited them ourselves recently.

L’Entrecôte is a bar and bistro whose facade, not to mention its location, Burgos Circle in Bonifacio Global City, makes us feel we’re in some European city. Its name, “entrecôte,” French for “premium cut of beef,” suggests that its specialty is steak, although we have yet to try the “all-certified US Angus Beef” dishes on the menu.

But a sample of its wines, Leopard’s Leap—a Cabernet Sauvignon from South Africa—put us in a good mood while munching on Swiss Mountain cheese and dried chorizo and listening to piped-in French ballads.

It would be nice to hang out at the outdoor seating area next time, if only to enjoy traffic-free moments.

That same night we proceeded to Quezon City to check out Reminisque, a newly opened bar and restaurant in the Timog area. Two lawyers, Larry Gadon and Ferdie Topacio, were taking turns singing standards accompanied by a keyboard player.

Gadon prefaced his repertoire with anecdotes; before singing “Ngayon at Kailanman” he recalled spending time as a kid with the song’s composer George Canseco.

There were moments when we felt a bit embarrassed for Gadon because his singing could hardly be heard from the chatter of the crowd, which included his friends like top eye doctor Noel Jusay Lacsamana, who was with music promoter Wing Inductivo.

Reminisque also has cool retro records from the ’70s and ’80s played by DJ Martin Porta, who told us that the place will formally open on Sept. 18.