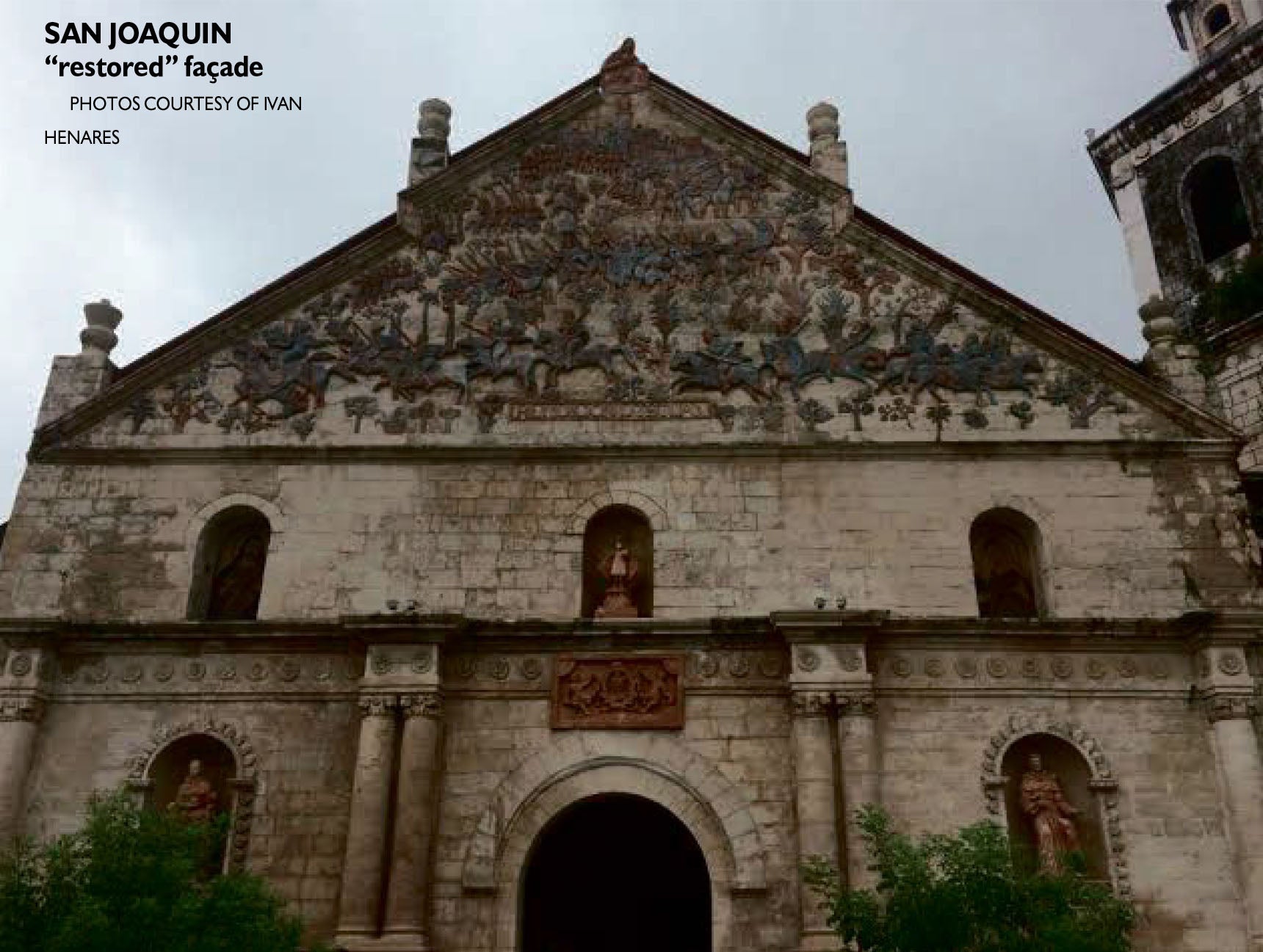 LESS than a year after completing its restoration of the façade of the historic San Joaquin Church in Iloilo province, the National Historical Commission of the Philippines (NHCP) is under heavy criticism since the palitada or lime plaster it had applied to cover the façade has peeled off and turned into powder.

“I was shocked to see that the palitada of San Joaquin Church in Iloilo is peeling off and powdering,” said Ivan Henares, president of the Heritage Conservation Society.

Henares questioned if the proper conservation approach was followed.

He urged government cultural agencies to conduct first consultatation with stakeholders and the heritage-conservation community to determine the proper conservation approach.

“Don’t we have the right to know where and how taxpayers’ money is being spent for the conservation of National Historical Landmarks and National Cultural Treasures (NCT)?” he asked.

“Seeing the unacceptable work done on San Joaquin Church, it is definitely a waste of taxpayers’ money. It is sheer arrogance and lack of accountability which makes this kind of work continue,” he said.

“The NCCA and the National Museum [NM] do not know what is happening since the NHCP doesn’t seem to bother to coordinate, consult or inform them, despite the church’s status as an NCT, one the original set of churches declared by the NM at the urging of the NCCA,” Henares explained, saying that both agencies had not been given any details or reports of the restoration project.

“Again, this is unacceptable. Heritage professionals in the private sector also have the right to the necessary information and to audit their [NHCP’s] work on behalf of us taxpayers.”

San Joaquin Tourism officer Erlyn Alunan told the Inquirer the palitada might have chipped off especially in portions were these were applied during heavy rains.

The damaged portions are being repaired by a local worker through the supervision of two employees from the NHCP, said Alunan.

The church, completed in 1869, was declared a National Cultural Treasure by the NM in 2001.

The declaration cited the heritage features of the church: “With carved pediment, a folk depiction of the Spanish victory over the Moors at Tetuan (Morocco); retablos made of carved limestones, formerly polychromed; oval kiln and well among the [adjacent] sprawling ruins; magnificently located on a plain overlooking the sea.”