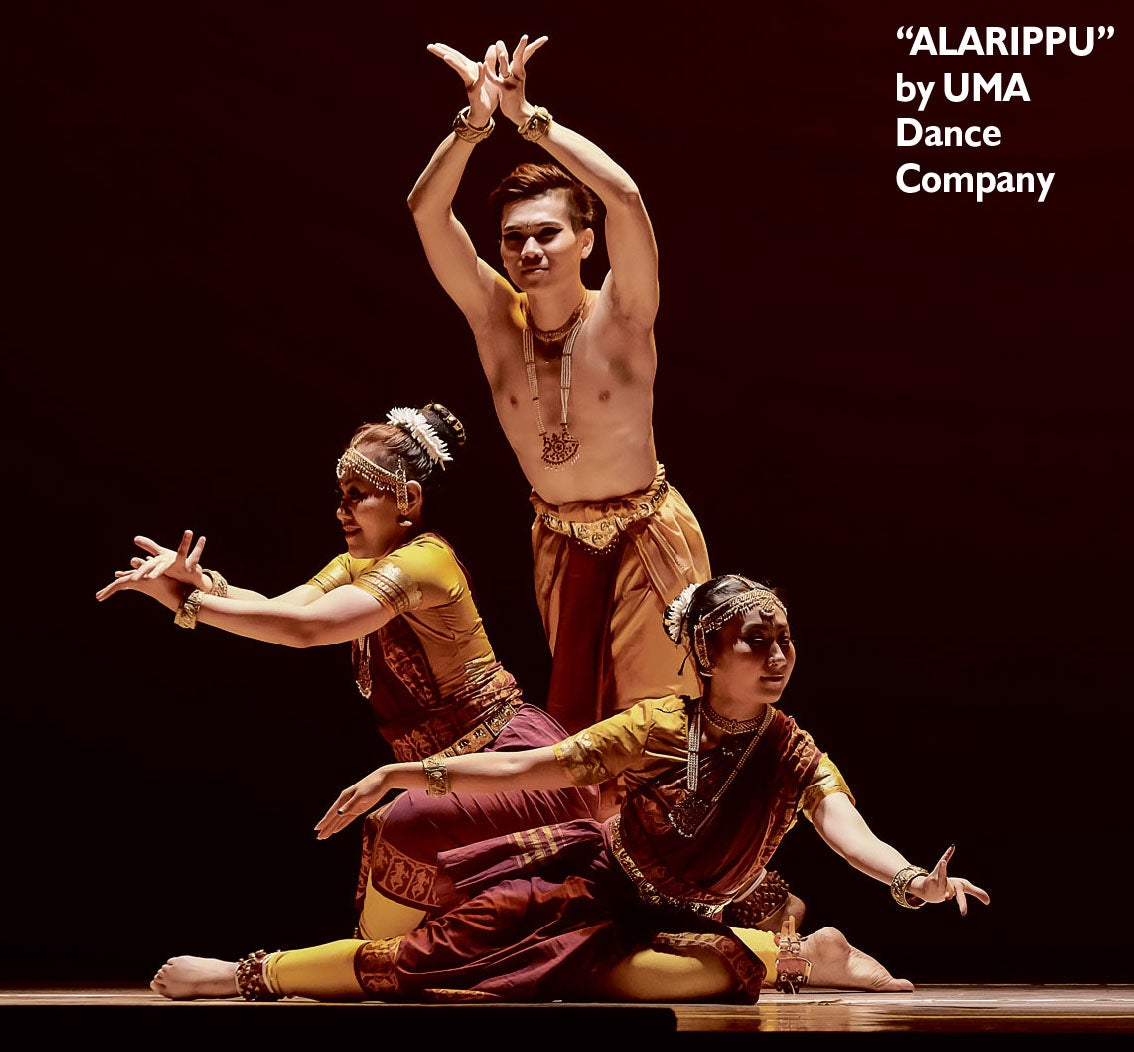 The C-Map Choreographers’ International Festival, a two-day event at the University of St. La Salle Coliseum, featured original works from graduates of Rodrigazo’s Choreography and Movement Analysis Program (C-Map). Likewise it featured dance schools in the Visayas and visiting groups from France, the United States and Malaysia.

The event was acknowledged by the World Dance Alliance (WDA), an international organization that promotes appreciation of dance, discussion of ideas and exchanges.

A former member of Ballet Philippines, Rodrigazo went to France to study choreography and movement analysis—how to understand and develop movement for greater efficiency and expressiveness. In his native Bacolod, Rodrigazo established his Dance Pull Academy where he conducts the C-Map. Directors and choreographers from all over the Philippines stay for a week to learn choreographic techniques.

From this workshop, participant Marius Centino of Cebu Center for Dance understood how to make movement more purposive instead of just showing it for its own sake. “It opened my mind on how to give meaning to choreography.”

The C-Map sessions bore fruit in this festival. Whether the choreographers were novices or experienced, their works showed some structure and substance. However, some of the works showed the choreographrs failure to connect with the compositions. In some instances the dancers showed weak technique.

Standout was Razel Ann Mitchao’s “Transit,” a fun piece showing travellers hurrying to catch their flight only to find out that it is delayed. Street dance styles such as popping, jerky movements of specific body parts, and locking, as well as the sudden freezing of movement and the floor-oriented break dancing—were set to the diverse textures of Johann Sebastian Bach’s music.

Jed Amihan’s “Via Mien” presented two men affirming their interest in a woman. One danseur was more tentative while the other male was more intimate with the woman. Yet they all ended up alone. Graceful, unrushed and subtle in emotions, the choreography made the audience aware of the drama of their inner worlds.

Penelop Ong’s “Quiet” was a parody of a song from the musical “Matilda.” A schizophrenic tried to drown out his hallucinations with histrionics. Dancers’ overextended sleeves hid the arms to create interesting movements.

EC Project’s choreographies were characterized by the sudden, terse quality of explosiveness, with dancers slamming on the floor, flinging themselves at each other, and sharp, brisk gestures.

Tailormade for five men of the School for Theater Arts ’N’ Dance, “Homme (Male)” explored the aspirations of their dancers. The most intriguing part was when the men covered their faces with their shirts, wiping out their facial expressions. Instead, their bodies interpreted their sentiments which were recorded in Ilonggo.

Behlert’s   “Nur Pal Ailleur,” performed by Cebu Center for Dance, delved into a community’s resistance against a negative force.   In “Le Main (The Hand),” made for the Sol Fernandez School of Dance, dancers were clad in black costumes to highlight a white gloved hand that moved with a life of its own.

Kagayon Dance Troupe performed “Mannequins (Dummies)” looked at how people behaved like robots when they’re stripped away of emotions.

The audience was riveted with Behlert and Mandap’s “Comes and Goes” This duet traced the complicated relationship between a couple and their incompatible desires toward intimacy. Mandap’s introspective solo was characterized by emotional intensity, with fluid gestures and unexpected, curt movements. Authoritatively striking, Behlert’s had lyrical rapture, with turning and jumping virtuosity.

A surprise number, Behlert’s daughter, Arwen Giroux, charmed the audience in her jazz rendition of “Alice in Wonderland,” particularly that episode in which she goes into the rabbit hole to start her adventures.

University of Malaya’s Älarippu,” a traditional Invocation dance in the classical Bharat Natyam style, was executed exquisitely. “Sync” was a hybrid of contemporary dance and classical Indian.

Jack Kek’s “Safety in Numbers”   engaged the audience with its compositional humor and unaffectedness. The audience was intrigued by a girl laughing at the beginning and end of the dance. Between the laughter, the dance quirkily unfolded with prances, aghast facial expressions and Thai kickboxing. Kek’s playful movements were motivated by the rhythmic pulses of the keyboard and vocal innovations of its composer, Meredith Monk.

Then there were the hometown pieces. Rodrigazo’s “Pamatdan,” depicted Negrenese hacienda workers cleaning the sugarcanes and sending them off on the train. Rodrigazo explored the dynamic possibilities of the movements of the farm hands, delivering upbeat maneuvers. He showed immense creativity, producing motley of variations from a single idea.

His ward, Mitchao, presented her winning “La Elle S’en Va,” a duet on exploring femininity. The movements were evocative of the different phases of womanhood. However, the dancers’ spoken parts were inaudible that the audience failed to see the connection between what the words and the movements.

A main drawback of the festival was the lack of program notes that explained the choreographers’ work. We were given a sequence guide which didn’t say which was a collaboration between the EC Project and the dance schools or who were the guest performers. When the souvenir programs arrived the next day, the notes were still ambiguous. The audience needed to be better informed to appreciate the works.

“There are many good dancers who don’t have enough opportunities to perform. In Manila, you see the same choreographers so you get intimidated. We don’t have the right connections to join these festivals. Dwight made it easier for us in this C-map program,” said Johanna Mangubat of Cebu Center for Dance.

Rean Tirol of Acts Manila added that the dance scene in Manila is confined. “This event opens up the ecosystem where you get fresh ideas. The C-map makes learning choreography affordable and accessible to everyone.”