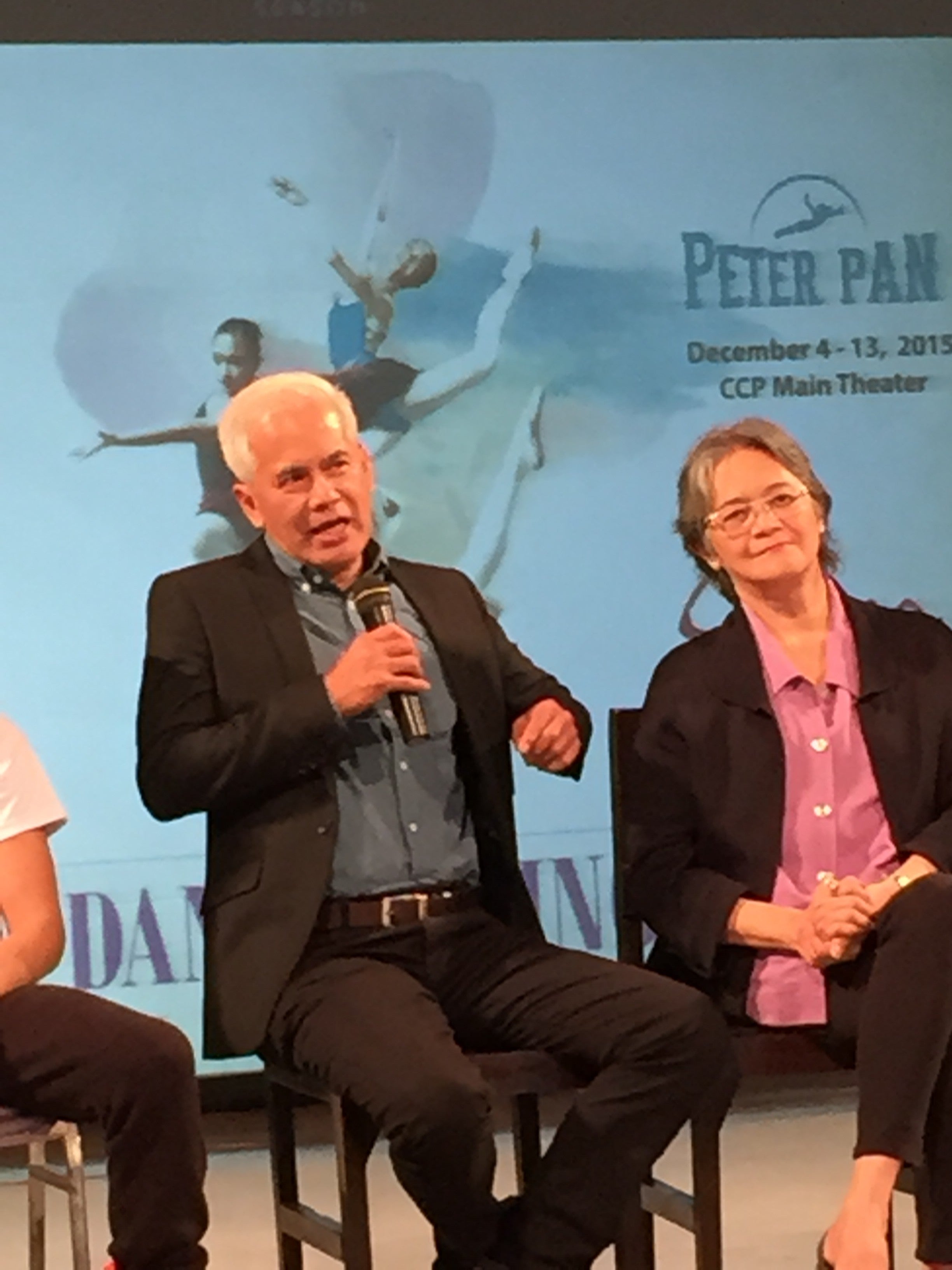 Ballet positive ‘hugot’ weekend, why not

The Philippines enduring one and only premier danseur turned stage-film actor Nonoy Froilan said dancers must always strive for excellence.

“That’s the legacy of Ballet Philippines and that’s what dancers should always aim for, no ifs and buts,” he told an intimate audience of young dancers, choreographers and ballet writer-enthusiasts at the launch of BP’s 46th Season titled “Dance Spring: Pagsibol”.

There’s no room for mediocrity or complacency in ballet, like all art discipline must be, he added.

The 60-something Froilan was with BP for three decades before going into retirement and more than the accolades and honor given to him, his legacy is actually something palpable. The bigger-than-life sculpture of a male dancer holding high his female partner as if in mid-flight at the open-air second floor area of the Cultural Center of the Philippines, the one facing Manila Yacth Club, was modeled after Froilan and his real-life ballerina wife, Edna Vida.

In all occasions like the season launch, the Froilan couple’s presence for the young was like being visited by rock stars, by living icons.

And what Froilan has been trying to expound can be seen, felt, savored on the stage this weekend with BP’s two “one-night-only-one-of-a-kind” performances.

One is the third and final (thus the one-night-only tag) BP season-opener “Body Positive +, A Dance Gala for HIV Awareness”.

It had two shows last weekend and had earned rave reviews from credible sources, describing it “stunning,” “insightfully done,” “an ephemeral experience.”

“Body Positive+” has excerpts from “Swan Lake,” Mark Bogaerts’ “Bolero, “Enrico Labayen’s “Cloth” and other landmark pieces, “celebrating the dancers’ innate athleticism in the context of the alarming rise of HIV in the Philippines.”

In a statement, BP’s tireless highly creative and fearless artistic director Paul Alexander Morales said, “When the HIV/AIDS epidemic struck many countries in the 80s, the Philippines was mostly unaffected. Now it’s here, and it’s spreading at three times the rate that it was in 2012, but it’s hardly being talked about. ‘Body Positive +’ is our small contribution towards changing that.”

Labayen’s works were said to comment on “how society, politics and cultures deals with the plague from the black death in the dark ages up to the plague that haunts us at present such as HIV/AIDS, SARS and the H1N1 virus.”

These classical swans are joined in by contemporary counterparts in Erl Emmanuel Sorilla’s “Requiem to a Cygnet”.

Those familiar with living music icon Vincent de Jesus’ “Songs to Slash Your Wrist By” would be in for a real treat to hear, see and feel what dance art means.

Think of your favorite ballads being interpreted by the finest ballet dancers on stage.

The performances include Sorilla’s “As Long as I Can Wait” set to Pangan’s vocals and “Sirang Oyayi” to Cabangon’s “Duwag”, as well as other songs performed by Daryl Ong, Sweet Plantado, Kalila Aguilos, Daryl Reyes and Aiza Seguerra.

“Hugot Sa Rosas” also features the premiere of the dance film, “Where the Light Settles.”

This weekend, there are ongoing worthwhile stage plays, musicals and a concert of a foreign band still learning how to rock.
When all is said and done, there’s only the dance.