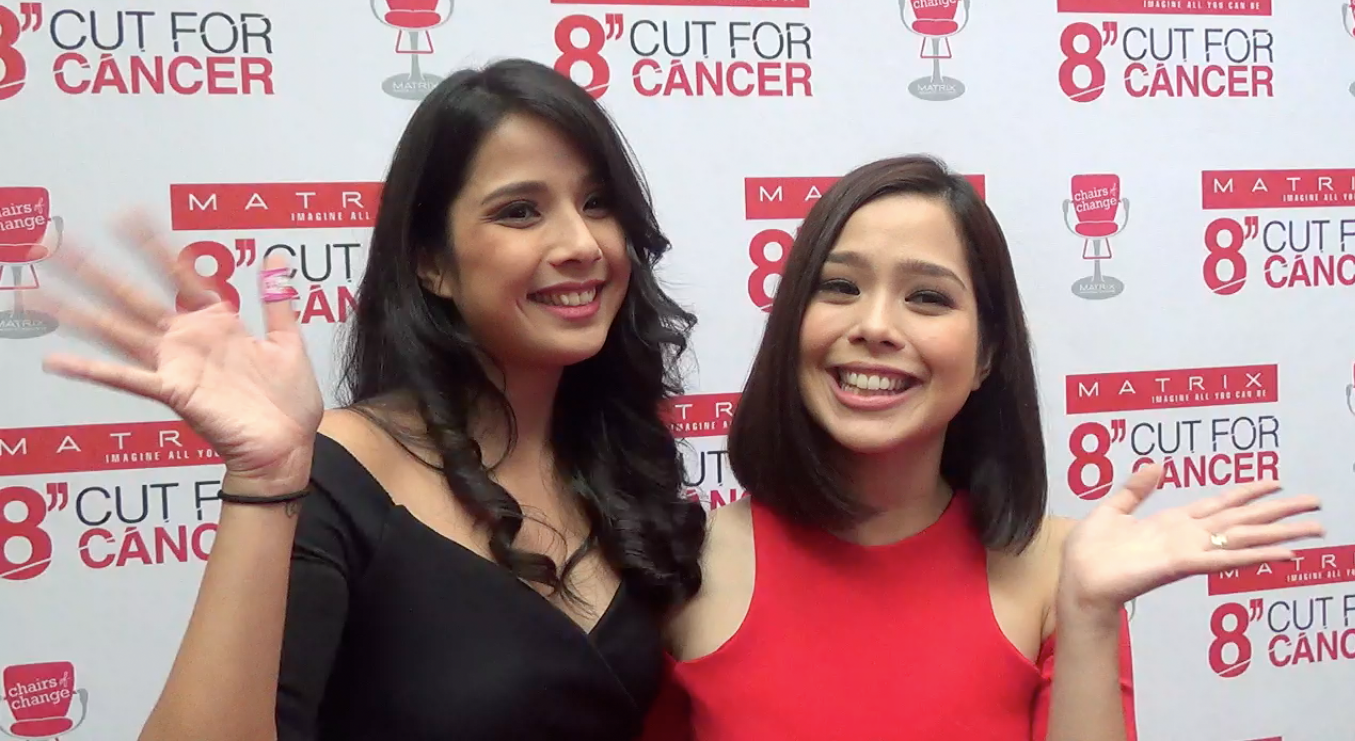 Cut for a cause: Filipino women donate hair to cancer-stricken children

There may not be a clear single cure for cancer yet, but the world just never runs out of ways of showing care and concern for children with the terminal disease.

This was what hundreds of Filipino women exhibited on Saturday as they donated at least eight inches of their hair for medical wigs of young cancer patients during the second edition of Matrix Philippines’ Cut for Cancer Challenge at SM Megamall in Mandaluyong City.

Celebrity ambassador Maxene Magalona, who also graced last year’s event and donated 10 inches of her hair, said she supported the cause as it was something very close to her heart.

“Aside from the fact that they turn the hair into medical wigs, I think it’s so inspirational, the whole movement of it. It shows support for them. It’s an emotional time for these families,” Magalona said.

“And just for them to see how much support they are getting and how many people are willing to help them out that says a lot. That will really help them and that will uplift their spirits and make them feel that they are not alone,” she added.

Magalona said the project would inspire cancer-stricken children not only by transforming their looks but also by improving the quality of their lives.

Actress-host Saab Magalona-Bacarro, who joined her sister as celebrity ambassador this year, said she was confident and did not hesitate to donate a portion of her hair for a good cause.

“Kung kaya niya (Magalona), kaya ko rin … [This is one way of] extending positive influence beyond the chair into the Filipino community,” Bacarro said, noting that the haircut challenge was one of the most “powerful and uplifting events” she had attended.

Noting that the number of Filipino children diagnosed with cancer was rising by 30 percent annually, Matrix Philippines senior product manager Inah Ramos said the brand wanted to make the cause bigger by inviting 100 hairstylists from its partner David’s Salon, more than double than last year’s 30.

“We wanted to, in our own little way, alleviate sadness, uplift the spirits through the donation of the hair … make them feel loved and put a smile on their faces,” Ramos said.

With more haircutters, she added that they were also eyeing to double their target hair donations this year, which was set at around 500 in 2014.

Organizers said that as of 3:30 p.m., more than 500 hair donations have already been collected.

“If you want to join us in this cause, you can still donate us your hair. So starting from Sept. 20 to Dec. 31, you can still go to any David’s Salon, you can donate your hair there. If not, you can also mail your hair. Just put it in a ponytail, put it inside a ziplock and then mail to the L’Oreal office, addressed to Matrix PH office at Mezzanine Robinsons Equitable Tower in Ortigas,” Ramos added. Yuji Vincent Gonzales/RC