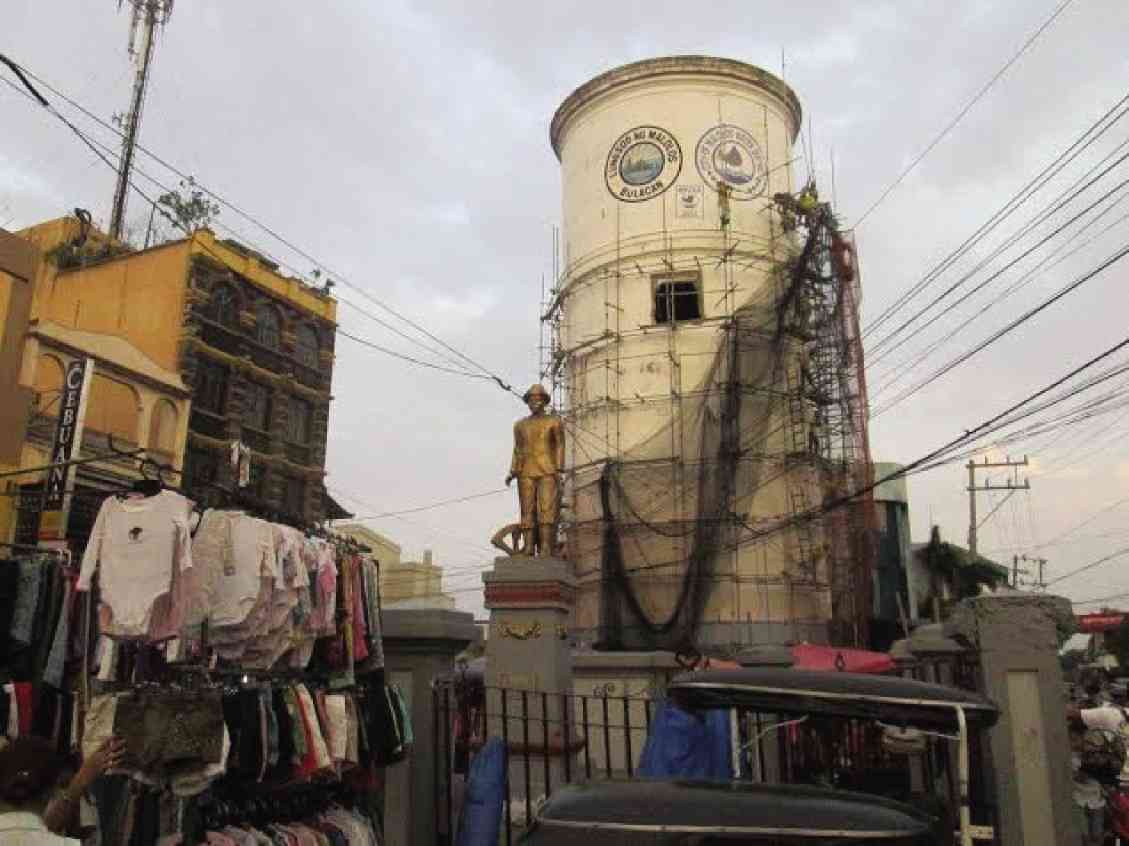 It was also the NHCP that recommended to the local government last year to restore and retrofit the tower following a request from the City of Malolos Water District (CMWD) to demolish the structure, built in 1923.

The Inquirer first reported the issue in October last year.

Heritage advocate Raf Santillan said the demolition permit was denied by the City Engineering Office on July 20, the same day the contractor started to dismantle the scaffoldings and safety nets.

“I believe the concerned citizens of Malolos, through individual letters and the more far-reaching signature campaign, are decisive in the preservation [of the structure] in support of the National Historical Commission’s recommendation for retrofitting and restoration,” he said.

In the Aug. 11 city council meeting involving the local government, representatives of the CMWD and heritage advocates, there were suggestions to preserve the tank for adaptive reuse, Santillan said.

Among the adaptive-reuse schemes being mulled over is converting the tank into an office building and a museum with the upper portion turned into an observation area.

“According to those who had climbed the [80-foot] tower, not only the outlying towns but also Manila can be seen on a clear day,” he said.

Santillan also explained that the issue led to the formation of local groups for the preservation of historical and heritage structures in the city.

In the same meeting, it was agreed that the structure be turned over to the city government if the CMWD could not fund its retrofitting and restoration.

The NHCP said the structure was one of the few remaining American-period town water storage systems in the country that needed to be preserved, adding that the “communal value of the structure is important in providing the historical meaning of Malolos as a place for people who relate to it, or for whom the structure figures in the collective experience or memory.”