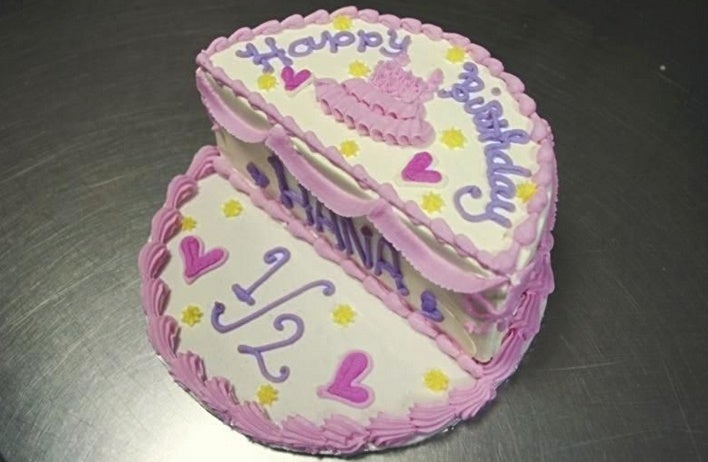 TOKYO, Japan — One day in July, nine women with their babies gathered in a room in a condominium in Shinagawa Ward, Tokyo. Each of the babies wore a toy crown with a sticker that had the fraction ½ on it. “You are all very cute.” “Happy half birthday!” The mothers congratulated each of the babies on their “six-month birthday” while taking a slew of photos.

An increasing number of parents are celebrating their babies’ half-year birthdays. The practice originated in Western countries and is meant to celebrate the growth of their babies, for example, by hosting parties with family members and friends.

The participants in the party met at a child-care program organized by the ward office. Until now, they have held luncheon meetings. As their babies were to each mark six months around the same time, the mothers decided to hold a half-birthday party as a group. The participants decorated the venue together, and then ate pizza, cake and other food delivered to the place.

“I learned about the half-birthday after I gave birth to my baby and wanted to hold one,” said Mayumi Miura, 33, a company employee on child-care leave. “Compared to traditional celebratory events for children, I was able to enjoy this event without worrying whether I was doing things properly. It’ll be a good memory for me.”

In Western countries, half-birthdays are also meant to allow school-age children to celebrate their birthdays with classmates and others six months later if their birthdays fall during a school break, according to the Japan Birthday Planner Association in Tokyo. The association offers hints to those who want to hold such parties.

The practice reportedly has been expanding in Japan after it was brought here by those who lived overseas when they were young due to their parents’ work and then returned to Japan.

Hiyoko Club, a child-care magazine published by Benesse Corp., set up a section about half-birthdays in 2010 as its readers began sending more and more messages about the practice around 2005. The section introduces pointers on taking photos and other useful information.

“Behind the popularity is that more and more people post their babies’ photos on social media and elsewhere. It is becoming one of the regular events celebrating babies’ growth, following omiyamairi [Taking a baby to a shrine for the first time to be blessed] and okuizome [the weaning ceremony],” said a staff member of the magazine.

The company also began selling decoration sets for home parties and toy crowns for babies that bear the fraction ½.

Studio Alice Co., which operates photo studios nationwide, began offering a half-birthday photo session set at all of its studios in 2012 as many people want to have their half-year babies’ photos taken.

“Babies’ faces become expressive around six months after their birth,” said Satoko Yoshida, an executive of Japan Birthday Planner Association. “Their mothers are less busy than before around that time, too.

“Due to the declining birthrate and other elements, more and more people want to celebrate their babies’ growth even if it means spending time and money. In a way, businesses have eagerly taken advantage of the trend and are further enlivening its popularity to cash in on it,” she said.