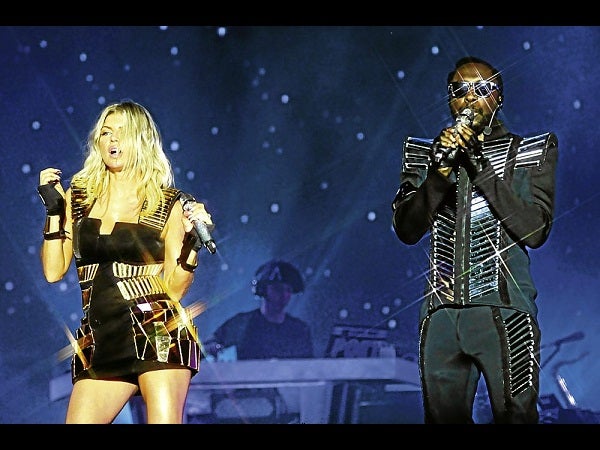 A good, good night with the Black Eyed Peas 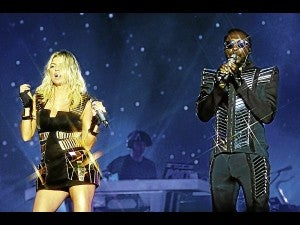 Dance concerts aren’t really my thing. To be honest, I’d rather sing my lungs out at a gig where nobody cared about being out of tune than attempt at a self-conscious sway-and-shuffle routine at a show where everyone gyrated like they had no bones.

But for this one, I had a personal agenda. As overplayed as it was, I badly wanted to hear “I Gotta Feeling” live; the thought of letting loose and having fun to my ultimate feel-good song with thousands of similarly happy people was just too enticing to ignore.

And, come on, it’s the Black Eyed Peas. Enough said.

The crowd that gathered at the SM Mall Of Asia Concert Grounds on Oct. 25 was estimated at a whopping 50,000, most of whom were kids taking advantage of sem break season as well as yuppies who needed to release some stress in the middle of a busy workweek. After all, it’s really no secret that the Peas look and sound amazing live.

But to actually experience it firsthand was just mind-blowing. Apl.de.ap wasn’t kidding when he said during his press con weeks before the concert that he and the other Peas—will.i.am, Fergie and Taboo were pulling out all the stops for this concert. 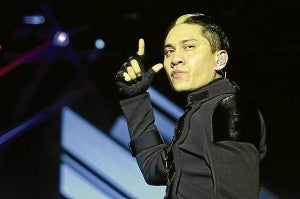 With dazzling LED costumes, a gazillion strobe lights and even a hydraulic DJ platform, it was as if they were throwing a giant party in outer space, and everyone on earth was invited.

After several front acts that included Pan-Asian girl group Blush, the quartet got the party started with “Rock That Body,” keeping the momentum rolling with current club staples “Meet Me Halfway,” “Imma Be” and “Don’t Stop The Party,” as well as their earlier dance hits “Don’t Phunk With My Heart” and “Pump It.” In between Fergie’s indulgent booty-shaking and Taboo’s breakneck break-dance moves, will.i.am wowed the crowd with his warp-speed rapping and performed his DJ set wearing a cyborg costume.

The set was also peppered with chill-out groove tunes like “Just Can’t Get Enough” and a surprising number, “Joints And Jams,” from the group’s cornrowed, pre-Fergie days. For her solo, Fergie came out looking like an intergalactic Barbie doll in a poufy LED-studded dress. After doing a flirty jazz improv, she waxed sentimental with her hit single “Big Girls Don’t Cry.” (Ironically enough, she got a little teary-eyed herself at the end of the concert.) 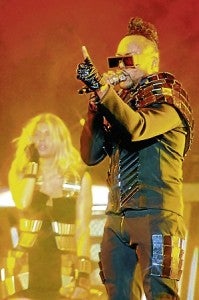 Another praiseworthy thing about the Peas is that they also knew how to put their fame and talents to good use by promoting social awareness and supporting humanitarian causes. During “Where Is The Love,” they made the crowd form hearts with their hands and raise them up high. The meaningful gesture was a sight to see, more so when the tens of thousands of little hearts were caught on camera.

But it was apl.de.ap’s solo set that was the most emotionally charged part of the concert. His voice broke when he dedicated “The Apl Song” to his two deceased brothers and to his Filipino mother, whom he owed everything to. This clearly was a celebrity who was proud of his roots no matter how humble they were, and whose support for his countrymen was globally recognized.

He also took the opportunity to launch his new “We Can Be Anything” campaign, which aims to help build classrooms all over the country. That’s why it wasn’t a big surprise that US Ambassador to the Philippines Harry Thomas made a special appearance to announce that he’s made apl his personal adviser in promoting education among the Filipino youth.

Naturally, the group saved the best for last. The party mood was back in full throttle when they started the encore set with “Boom Boom Pow,” followed by their hottest single to date, “The Time (Dirty Bit).” By this time, I had a pretty good feeling what the last song was going to be, and I was right. As soon as the familiar synth keyboard intro started, the massive crowd let out a collective euphoric whoop.

Screw my two left feet. You didn’t need to be an expert dancer or singer to have fun at a concert. “I gotta feeling, that tonight’s gonna be a good night,” we yelled along with the artists and the audience, singing and dancing like there’s no tomorrow. And it was.

You know how in every concert, there’s this one defining moment that puts you on an incredible high and makes you feel so glad you came to watch? For me, that was it, and it was probably the same for many others, especially since a teary-eyed Fergie announced at the end that they’d be going on a creative hiatus. 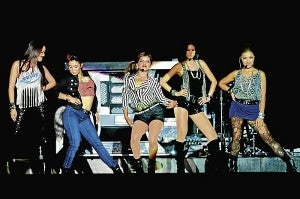 We won’t be seeing them perform live for a while, and I was glad I was able to have that chance while I could.

“Black Eyed Peas Live in Manila” was brought to you by Music Management International and Futuretainment Inc.

WHILE the Black Eyed Peas were getting warmed up for their concert, the world’s first Pan-Asian girl group was busy showing the Pinoy crowd that they’re more than just pretty young things. Blush, composed of Ji Hae Lee (Korea), Victoria Chan (China), Alisha Budhrani (India), Natsuko Danjo (Japan), and our very own Angeli Flores, first charmed the press during their Manila launch a few months ago with their amazing vocals and quirky personalities. So what has the quintet been up to since then?

The girls have set up shop in Los Angeles, California, carving a niche in the Western market with their pop/dance/R&B repertoire. So far, they’ve done a pretty good job—their single, “Undivided,” which features Snoop Dogg, shot up to #3 on the US Billboard Dance Charts, and they’ve performed that song live on the hit reality show “So You Think You Can Dance” with the rapper himself. Just recently, they came back to Manila to open for the Black Eyed Peas, and they’ve also performed a couple of their songs during Thai superstar Mario Maurer’s fan conference for Penshoppe at the PICC.

The Pinoy penchant for all things pop worked to their advantage, because they’ve apparently charmed Mario’s fans as well. Angeli, who hails from Marikina, drew the most cheers from the crowd, but at the end of their performance, each girl had her fair share of newfound admirers. Some fans even climbed up the stage to have their photos taken with them, and the delight on the girls’ faces was plain to see.

Trying to break into both Western and Asian markets at the same time is no joke, but if the warm reception they got from Pinoys is proof, they’re one step (or country) closer to reaching their goal. Keep it up, girls! Angela V. Ignacio