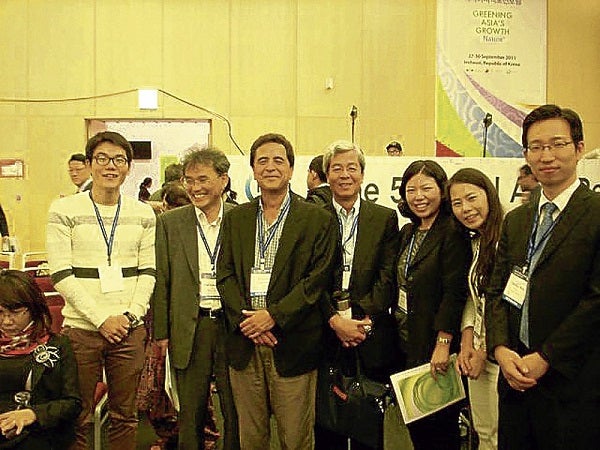 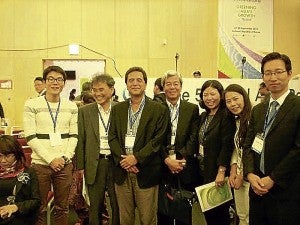 What is often remembered in Incheon, South Korea, is the daring landing of Gen. Douglas MacArthur during the Korean conflict. Today, Incheon has been transformed from a rich marshland into what they call a “smart city,” with towering buildings and wide thoroughfares with bike and pedestrian lanes.

The Land of the Morning Calm has come a long way, although I am not sure if the good general would have appreciated its transformation.

Incheon recently hosted the fifth IUCN Regional Conservation Forum, with the theme of “Greening Asia’s Growth,” in preparation for the World Conservation Congress to be held on Jeju Island in September 2012.

The event was attended by more than 570 participants from 18 countries—the largest Conservation Forum yet. It was opened by Julia Marton-Lefvere and Dr. Ashok Koshla, the director general and president, respectively, of IUCN (or the International Union for Conservation of Nature, which helps in the formulation of pragmatic solutions to the world’s most urgent problems concerning the environment and development).

Later we flew to Busan, South Korea’s third largest city, and we could not help but notice how the mountains had retained their forest cover. 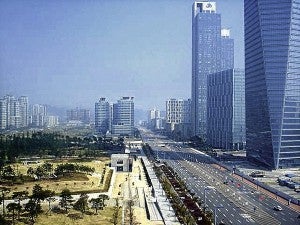 Everything was lush and green. Development has mainly been focused on reclamation and urban areas.

So rich yet so poor

Asia is home to the most biodiverse hotspots in the world. Ironically, it is a region so rich yet so poor, so large yet so small, so powerful yet so weak.

We are home to more than 60 percent of the world’s population, which translates to more than 4 billion people. Although culturally diverse, we must unite to protect ourselves from the pressures of the world, especially climate change, as it is considered the most urgent threat to our planet.

As the Conservation Forum was going on in Incheon, Typhoon “Pedring” was ravaging the Philippines, and also Vietnam, Cambodia and China. It is a phenomenon that will be repeated again and again, with increasing force and severity.

On the other hand, Europe and the United States are enduring the hottest autumn ever. Earth’s temperature has warmed by more than 1 percent; it will continue to accelerate until we effectively mitigate greenhouse gases. (I was surprised at how the forum delegates, including those from the Philippines, spoke and negotiated about climate change funding for adaptation with very little emphasis on mitigation.) 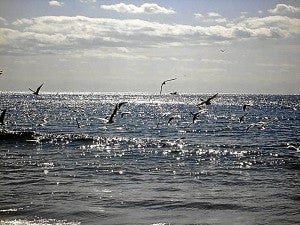 As the participants went on with their deliberations, it became evident that nature conservation based on natural law had been put on the back burner, with the world economy continuing its downward swing and funding for conservation becoming more scarce.

Meanwhile, the rate of extinction of various species and the loss of biodiversity have risen, Earth’s ecosystems are degraded, and mining and extraction industries intensify as the appetite for growth exponentially increases and the “business as usual” attitude continues to reign.

I am afraid of what the future has in store for us with the present development model. It is time for a new plan to surface, with ecology playing a major role vis-a-vis economics.

Real “green growth” is a must. It’s time to do away with the politics of destruction and narrow economics. We need to pay more attention to social and ecological systems and reclaim the commons from transnational corporations.

But we enjoyed our visit to South Korea, with its rich culture and hardworking people. I will treasure the good memories and look forward to returning to the country next year for the conference on Jeju Island.

We were happy to attend the youth forum, where the children from Daejayon showed how they play a vital role in conservation. Indeed, it is time to pass the torch.

The author is the president of the Ecological Society of the Philippines, a member of the IUCN.