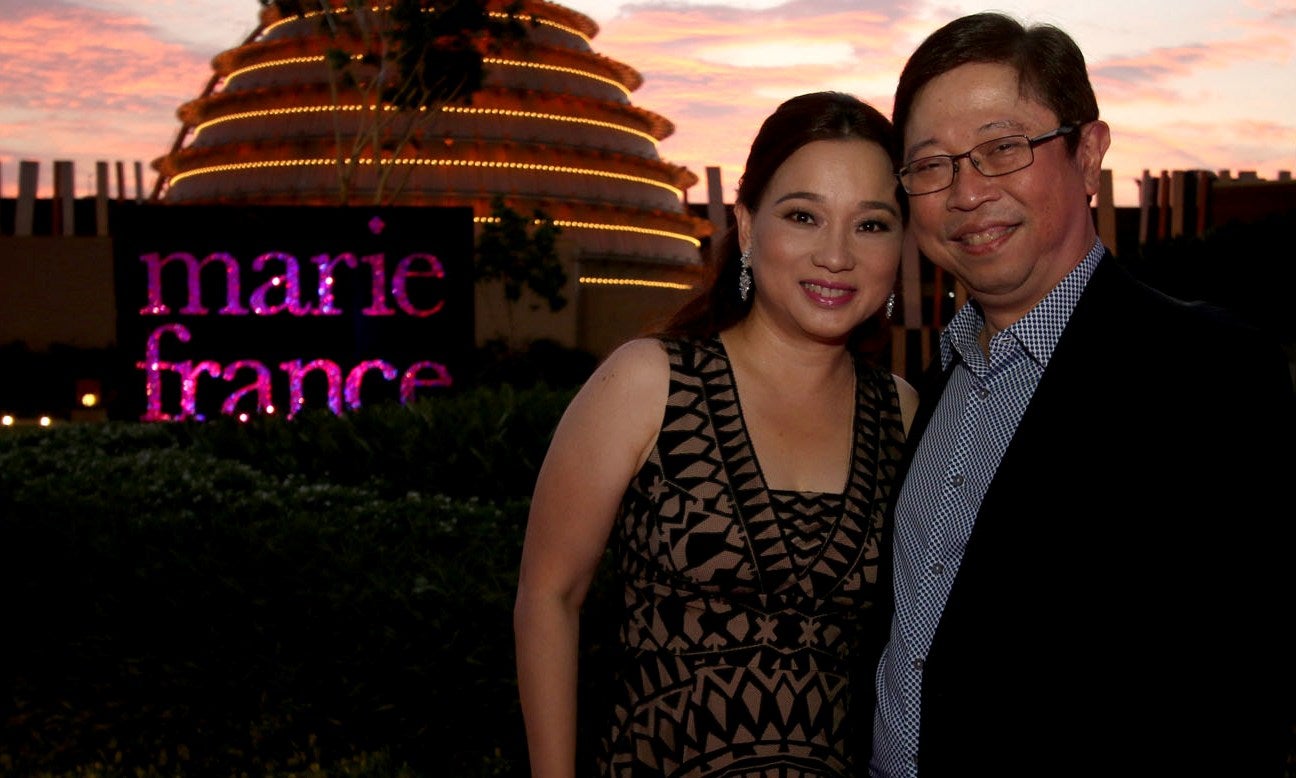 When more developed economies in Asia slow down, their respective beauty industries usually experience a drop in sales by as much as 30 percent. That is not the case, it is said, in the Philippines where companies such as Marie France continue to thrive even during bad times.

“But they were just short periods. Filipinos put a lot of weight on their appearance. Beauty remains a priority to them. It’s not the first thing to go.”

But investing in beauty is money well spent, he insisted. If you’re “happy,” even if the economy isn’t doing well, you have more “fighting spirit” to weather the downturn.

“Surveys showed that you’re more likely to gain more business once the economy roars back to life if you take care of yourself physically,” he said.

When Siy joined Marie France 25 years ago, it had only two branches. Today, the chain known for noninvasive approaches to slimming down has 10 branches, including those in Cebu and Pampanga.

Apart from introducing noninvasive treatments to help people lose weight, Marie France owes its success to its decision to stick to the latest noninvasive machines and treatments backed up by sound research and technology.

“We also have a good marketing and operations team that ensures consistency and quality of delivery,” Siy said. “It’s also a mix of good advertising, credible endorsers and the support of our media partners.”

Marie France introduced the cold body-wrap treatment in Asia called Fat Mobilization System in 1985. Developed in Switzerland, FMS was a first in the Philippines.

Designed to boost your metabolism, FMS allows the patient to lose weight even without exercising. Siy claimed that FMS is proven to burn more calories compared to a workout.

“You can still exercise if you wish while undergoing FMS,” he said. “But for those who can’t, especially women who just gave birth, FMS is ideal.”

Zulueta, who became a Marie France celebrity endorser in 2006 after giving birth to her first baby, swears by its treatments.

“Despite the number of available options out there, I believe Marie France provides the safest and one of the most effective ways of slimming,” said Zulueta. “Their methods have worked for me. I have no reasons to go elsewhere.”

She has tried almost all Marie France treatments, but her favorites are Endermologie, Vara Pulse and Physique.

Endermologie reduces the body’s cellulite and fat bulges through a series of rollers and suction technology, while Vara Pulse liquefies stubborn fat and cellulite trapped deep under the skin through ultrasonic wave technology.

To cap a series of slimming sessions, Zulueta underwent a series of 15-minute Physique sessions designed to firm up and tighten sagging skin through transcutaneous nerve stimulation.

“I don’t compare myself to them,” she said, referring to younger stars. “It’s a losing game. At 46, I only like to look my best at my age. As long as you’re diligent, they have all these treatments in Marie France that could help you be your best.”

“I gave birth six months ago,” she said. “They’re helping me get rid of my postnatal weight. I’ve tried the entire range of treatments Marie France has, including i.Lipo. If you stick with these treatments, you see results.”

Like Zulueta, Jacob is also afraid of invasive treatments. Needles terrify her. She likes the fact that Marie France provides each client with individual programs, which include dealing with weight loss through proper nutrition and change in lifestyle.

Although Alunan is primarily a Facial Care endorser, she has tried Marie France’s slimming treatments.

Some time ago, the svelte bag designer gained weight while studying design in Milan, Italy. When she came home after graduation, she was set to do a series of shoots for Facial Care.

After she realized how big she had become, she asked them for more time to allow her to lose weight.

“They made me try a series of slimming sessions involving cold wraps (FMS), and they worked,” she said. “Even if I wasn’t directly endorsing Marie France, they helped me by giving me the right treatments.”

“At this point, I’m not open to anything invasive,” she said. “I’m quite conservative when it comes to body and facial treatments. Instead of resorting to extreme measures, I believe in enhancing what you have through moderate procedures.”

The Philippine economy continues to grow. And that’s good news for Marie France.

“Our decision to open branches is based on our ability to deploy trained people,” said Siy. “We’re very rigid when it comes to training. If we expand too fast, it might affect Marie France’s quality and level of service.”