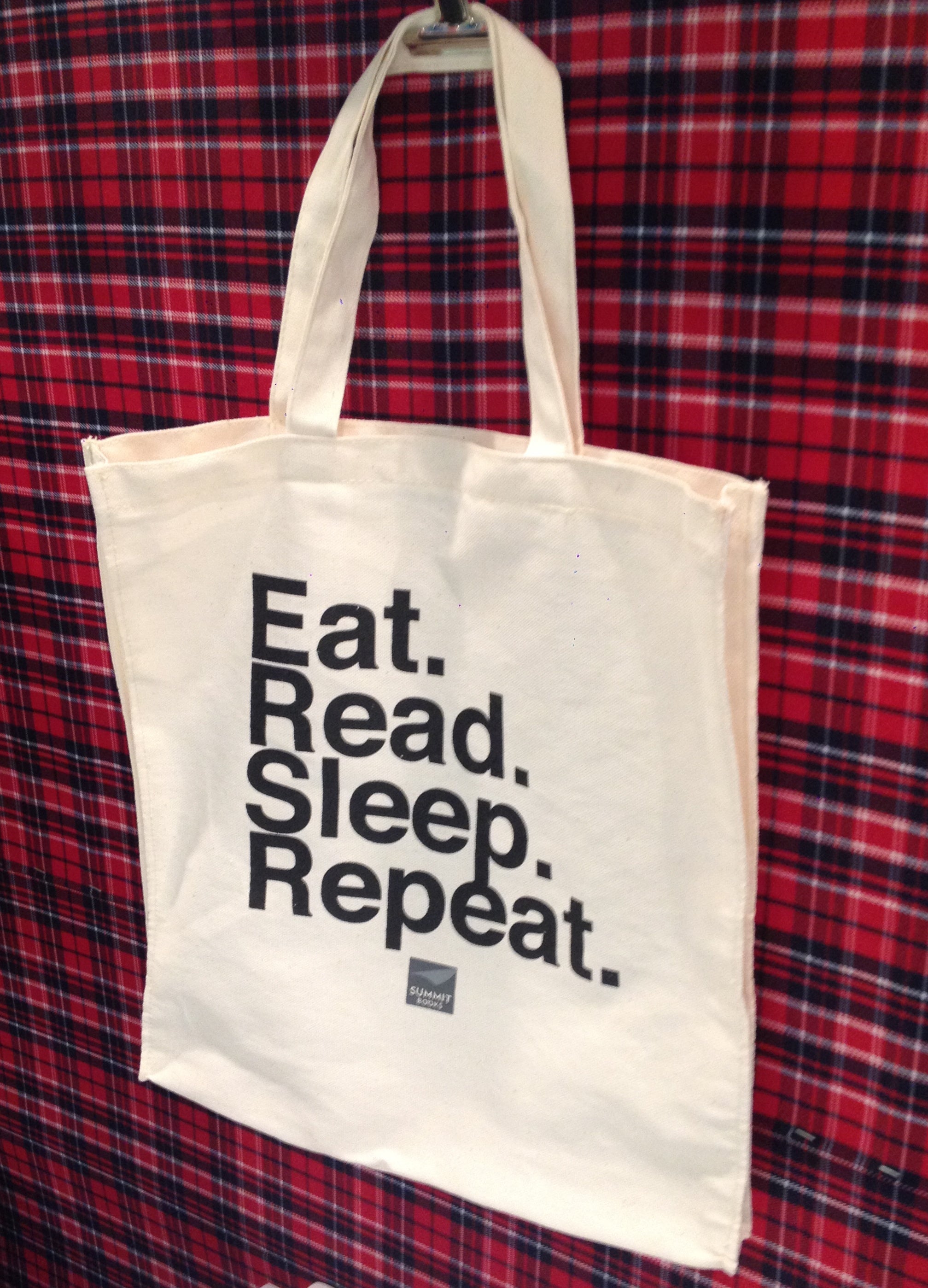 Call me Katniss, because I just survived the “Hunger Games.”

Well, technically, I “survived” the Manila International Book Fair (MIBF) 2015, which, if you ask anyone who went to the SMX Convention Center in Pasay City last week, seemed straight out of the best-selling trilogy by Suzanne Collins.

OK, wait, maybe I’m exaggerating. The MIBF was no “Hunger Games.” No lives were lost. No blood was spilled. No poison berries were eaten. People were perfectly civilized. That is, until they saw the books—those glorious, shiny, beautiful books.

Because let it be known: Bookworms are some of the fiercest beings to walk this earth.
Contrary to popular belief, just because they prefer to read doesn’t mean these book nerds are weaklings, afraid of backbreaking work. They will use all available limbs to lug around those hardcovers and paperbacks.

The books weigh more than their actual weight? No problem. Bookworms are clever and resourceful. They will search for tools (read: carts and baskets) in their environment to help solve the problem.

If need be, they will get down and dirty just to accomplish their goals. They will scour the whole MIBF area just to look for a book. Reading hundreds and hundreds of pages has conditioned them to be determined and focused.

I, for one, witnessed this spectacular show of strength last Thursday when I went to the 36th incarnation of this yearly book fair. (According to some friends, the MIBF during the weekend was more “intense.”)

With its carnival theme, Adarna House definitely had the cutest booth in the whole of MIBF. String lights, multicolored paper buntings and a colorful arbor resembling a carnival tent distinguished the area from the rest. Colorful storybooks were displayed on these low, slanting shelves that were the perfect height for Adarna’s young patrons.

Did you know that there were also comic books at the MIBF? Comic Odyssey had a stall near National Book Store’s (NBS) section where people could buy back issues and trade paperbacks of their favorite titles from Marvel, DC, Vertigo and KaBoom! Studios. It was just too bad I didn’t see any from my favorite publisher, Image.

Fully Booked, on the other hand, had these tall shelves dedicated to graphic novels, from Neil Gaiman’s “Sandman” series to DC’s “Batman” to Marvel’s “Hawkeye.” I also saw the Printz award-winning graphic novel “This One Summer” by the powerhouse duo, cousins Jillian and Mariko Tamaki.

If last year’s MIBF was young adult (YA) book heaven, this time it was definitely the year of the adult coloring books.

NBS had shelves and shelves of coloring books featuring everything and anything you could think of, like Kerby Rosanes’ quirky animal-monster doodle hybrids in “Animorphia” and Johanna Basford’s delicate and detailed renderings of flora and fauna in “Secret Garden” and “Enchanted Forest.”

Fully Booked had tables where it displayed its huge array of coloring books full of elaborate mandalas, crazy patterns and many other designs. Summit Magazine also had its own version of this latest craze, “Hue Can Do It,” which features the artworks of local artists.

To capitalize even more on this trend, NBS and Summit each set up an art wall in their booths where coloring enthusiasts could let their creative juices flow.

But even with the flood of coloring books at the MIBF, I think YA books were still the top buy at the fair. Teens and the young at heart crowded the shelves that showcased the latest titles in the YA genre, from the hottest international titles and series to the immensely popular Wattpad books.

The MIBF was also a chance for readers to meet their favorite authors, be they local or foreign, and to be introduced to up-and-coming authors and their newly published books.

I was searching for free public Wi-Fi near Anvil Publishing’s section when I saw the words “Mae Paner’s iPhone” on the list of networks/hotspots in the area. I looked up, and what do you know—Mae Paner, popularly known as Juana Change, was standing a few meters from me, having her picture taken while holding her new book, “Kwentaxi.”

The best part of the day, however, was meeting enabler friends who understand your love of books. Nothing beats talking nonstop with like-minded people about current favorite reads and gushing over MIBF finds, like those classic books, “The Picture of Dorian Gray” and “Pride and Prejudice,” that have pulp fiction-inspired covers at NBS, or those gorgeous Studio Ghibli books about Hayao Miyazaki’s films in Fully Booked.

There was no dearth of good titles at the MIBF, so guess who went overboard in her book hoarding?

I was picking books left and right, unmindful of the mounting expense. Then reality began to set in. I brought a finite amount of cash and that was it. I’ve been preaching about having a budget for these kinds of things, so no way was I going over my limit.

At the end of the day, five books made the cut. I have to admit, though, even now, I still have some lingering bitterness over a few of the books that didn’t survive the culling:

Edgar Calabia Samar’s “101 Kagila-Gilalas na Nilalang”—This idiot (aka me) told herself she would come back to the Adarna House booth before the day ended for this beautifully illustrated book about fantastical and mythical creatures from Philippine folklore. But as a classic Cake move, I got distracted and forgot. Sigh.

Matt Zoller Seitz’s “The Grand Budapest Hotel”—This gorgeous, hardbound book is the sequel to “The Wes Anderson Collection,” both of which feature the acclaimed auteur’s films. (Side note: The day after I went to the MIBF, I tweeted Seitz a picture of the shelf at Fully Booked featuring his two books, and guess what? He retweeted it! Be still my fangirl heart!)

Mindy Kaling’s new book, “Why Not Me?”—Have you read the excerpt published in the New Yorker? Nope? It’s online; read it now!

Bitterness aside, I am very happy with the books I got. I now have five new books (five new worlds!) to get lost in—that is, until the next MIBF. I do think keeping track of my expenses is, as my lovely mother has said, “the mature and adult thing to do.”

After all, I still need to eat. No way will I survive an actual “hunger” game.