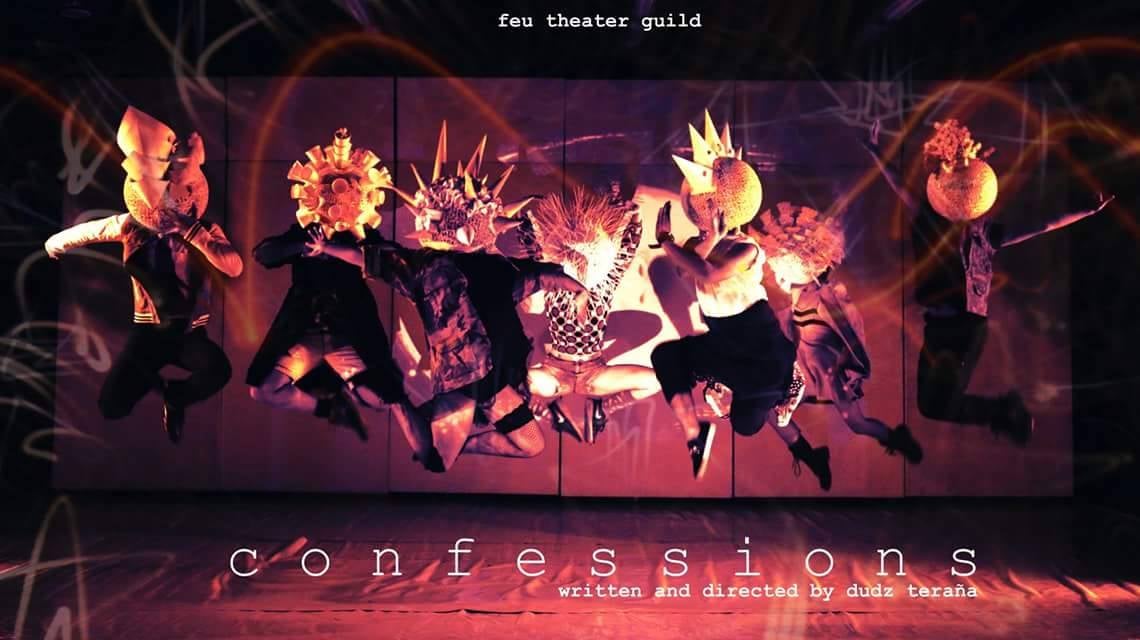 RECENTLY staged at the FEU Auditorium was a monologue play, “Confessions.”

ASIDE from the opening of the 78th University Athletic Association of the Philippines (UAAP), another thing that our school looks forward to is the lineup of plays and musicals of the Far Eastern University (FEU) Theater Guild (FTG).

Recently staged at the FEU Auditorium was a monologue play, “Confessions,” which featured actors from the Philippine Educational Theater Association along with members and alumni of FTG.

Dudz Teraña has been FTG artistic director for the past 10 years. He’s in charge of the guild’s productions—from reimagined folk tales and adaptations of books to brand-new plays and musicals covering a wide range of subjects and topics, including sociopolitical issues for students to absorb.

But how can theater appeal to young people these days, especially those preoccupied
with other stuff?

1. Going to the theater is harmless. It is a human activity that doesn’t hurt anyone or anything (except for its carbon footprint, but let’s ignore that for now). In the theater, we are not engaged in war, persecution, crime, wife-beating, drinking, pornography, or other social or personal vices. For this reason alone, the more time and energy we, as a society, devote to theater and the arts, the better off we will be.

2. Theater is a sophisticated expression of a basic human need—one might call it an instinct—to tell stories and understand their meaning through narrative and metaphor. We see this instinct expressed by
children when they act out real or imagined characters and events. So theater matters, in essence, because we can’t help it. It’s part of what makes us human.

3. Theater induces public discourse that lies at the heart of democratic life, builds
our skills for listening to different sides of a conversation or argument and empathizes with the struggles of people in various situations. Watching a play makes us follow its sequence of events until the resolution of conflicts.

We also get to develop our faculty for imagining the outcome of various choices
we might make in our personal life and career.

It’s not surprising that, in repressive societies, theater has often been aligned with the movement toward openness and freedom.

4. Theater contributes to education and literacy. Watching a play’s characters talk back and forth is tricky; it requires attention, quick mental shifts and nimble language skills. It teaches us about human motivation and psychology. In historical plays we get lessons in leadership and government.

In contemporary plays, we learn about other cultures—including our own—and how people deal with changes in their lives.

5. Theater as an industry contributes to the economy and plays a special role in the revitalization of neglected neighborhoods.

We’ve seen this quite clearly in some places where a new theater opens—new restaurants also open, thus creating jobs. Neighborhoods that were once grim and forbidding become vibrant hubs of activity.

In a nutshell, theater influences the way we think and feel about our own lives, and encourages us to take a hard look at ourselves, our values and our behavior.