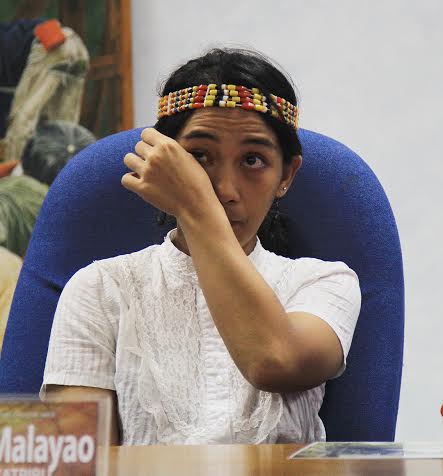 SINCE 2010, about 68 indigenous people have met untimely deaths. The number includes leaders of different cultural communities fighting for their ancestral domain and territories as well as children, according to the Katribu Kalipunan ng Katutubong Mamayan ng Pilipinas (Katribu).

The National Commission for Culture and the Arts (NCCA), an agency under the Office of the President, said it had taken note of the rise in killings of indigenous people (IP).

“Obviously, there is a problem and it is no joke,” De Leon said. “Because of development aggression, the lives of the lumad have been disturbed and their culture are being destroyed.”

He took note of development aggression targeting areas in Mindanao with rich resources; many of these places are territories of the IPs.

The lumad comprise the indigenous people living in Southern Mindanao. They have become refugees in different parts of the country as they flee from escalating violence, rape and harassment by mining and other business interests taking over their territories.

De Leon said the escalating attacks against the lumad might show government people could be aiming for a “lopsided kind of development agenda” helping only the rich while aggravating the poor living conditions of most people.

He added the lumad were particularly reeling from aggressive mining interests as well as land-grabbing and toxic wastes left by different industries in IP territories.

The NCCA chair called on the National Commission for Indigenous Peoples (NCIP) to be more efficient in protecting the rights of the IPs. He referred to some NCIP officers and personnel as “selfish” and “corrupt.”

NCCA is an agency dedicated to preserve the different cultures of the Philippines; it was created by Republic Act 7356.

Meanwhile, NCIP is responsible for protecting the wellbeing of IPs.

Both NCCA and NCIP are under the Office of the President.

Since IPs are “culture bearers” that form the country’s cultural diversity, the NCCA also takes an obligation to protect these people, said De Leon.

The NCCA has a Subcommission on Cultural Communities and Traditional Arts (SCCTA) headed by a leader of one of the IP communities. The head of the subcommission sits as a commissioner on the NCCA board.

But during NCCA’s press conference, there was no representative from the SCCTA.

To deal with the lumad deaths, De Leon said he had directed the commission’s legal team to “study how (the NCCA) could directly or through other means intervene for the protection of the IPs.

“We need to team up with the Department of Interior and Local Government, Department of Environment and Natural Resources (DENR) and NCIP. We need to address this issue immediately.”

De Leon’s legal consultant, lawyer Trixie Cruz-Angeles, said Republic Act 10066 had a provision for protecting the lands of IPs because they were a source of cultural materials. These areas are separate from ancestral domains, she pointed out.

“This is a way of ensuring that the indigenous people will not be forced to leave the areas where they live, whether or not it is declared as ancestral domain,” Angeles said.

NCCA officers have sided with the IPs.

“In the past years, the NCCA has raised its voice against the acts of violence against the lumad and other IPs like the Atis on Boracay,” Angeles said.

Dexter Condez, an Ati leader, was murdered on Feb. 22, 2013 on Boracay. It was believed he was killed because his community was fighting for its ancestral domain being claimed by an international hotel development.

“Aside from assisting in the funeral of an Ati who was killed on Boracay, we also assured that his case would reach the preliminary investigation. His case is now ongoing,” Angeles said.

De Leon said NCCA ensured the Atis wouldn’t be evicted from their own territories.

“The NCCA made certain that the local government shall be involved in the Atis’ case and have their own land returned to the IPs,” he noted. “It was a dangerous move because there were threats to life involved.”

De Leon explained that, aside from tackling peace and order issues to protect the IPs, NCCA had also helped conserve the culture and traditions of the IPs through such programs as the Schools of Living Traditions and the Gawad sa Manlilikha ng Bayan.

Meanwhile, Pya Macliing Malayao, secretary general of Katribu, demanded justice for the murdered lumad. She attended the press conference with Rachelle Libora, a witness of the recent killings of the three lumad leaders on Sept. 1.

The IP leaders blamed the Armed Forces of the Philippines because they believed that it organized the paramilitary groups responsible for the killing of the lumad.