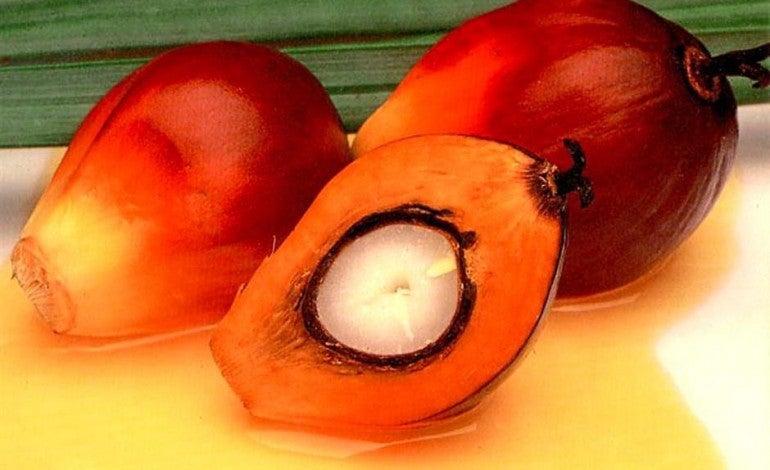 The word “ordinary” never had a place in his vocabulary.

He was brilliant, passionate and inspiring. And his death shocked the world.

Though it is only the twelfth most common cancer in the world, pancreatic cancer is the deadliest of them all.

According to the Hirshberg Foundation for Pancreatic Cancer Research in the United States, 94 per cent of pancreatic cancer patients will die within five years of diagnosis and only 7 per cent will survive more than five years.

As much as 74 per cent of patients die within the first year of diagnosis.

In the US, pancreatic cancer is the fourth leading cause of cancer-related deaths.

Early stages of this cancer do not usually produce symptoms.

By the time of diagnosis, the cancer would generally have advanced and metastasised to other organs, hence, the poor survival statistics.

But there is hope on the horizon.

The key word is palm oil, which has been making headway in the latest research on pancreatic cancer treatment.

According to US-based nutrition and food scientist Associate Professor Dr. Smiti Gupta, oil palm phenolics, in particular, has demonstrated the ability to inhibit the growth of pancreatic cancer cells.

In her most recent research paper published in the Internation-al Journal Of Cancer Research And Treatment, Assoc. Prof. Smiti and her team describe how giving oil palm phenolics to mice with pancreatic cancer significantly improved their survival, with MRI imaging revealing considerable reduction of tumour sizes in the mice.

“Once the oil palm phenolics extract is made available on a larger scale along with ethic approvals, we will be delighted to conduct a clinical trial investigating its potential beneficial effect in pancreatic cancer patients,” Smiti said in an e-mail interview.

She added that it would be interesting to investigate the synergism and potential health benefits of oil palm phenolics, tocotrienols and the current standard pancreatic cancer drugs when taken together.

In a 2013 study published in the “Journal Of The Federation Of Ameri-can Societies For Experimental Biology”, Smiti compared the effect of oil palm phenolics with gemcitabine, the current drug used for treating pancreatic cancer.

The results showed that an addition of 5 per cent oil palm phenolics in the diet, taken together with gemcitabine, slowed down tumor progression, possibly via modulation of the inflammatory, apoptotic (programmed cell death) and metastatic pathways.

In addition, Smiti has also examined the potential of palm oil in fighting one of the most common cancers in the world: non-small cell lung cancer.

This type of cancer accounts for 80 per cent of all lung cancers, and usually grows and spreads more slowly than small cell lung cancer.

The results of her study were published in the Journal Of Cellular Biochemistry.

The paper noted that Notch expression is known to be up-regulated in different types of cancers including colon; lung, head and neck; and pancreatic cancer.

Clinical data reveals that 30 per cent of non-small cell lung cancers have increased Notch activity and 10 per cent have gain-of-function mutation on the Notch-1 gene.

As the Notch pathway, especially Notch-1 signaling, plays an important role in the determination of cell fate, its inhibition may provide a promising target for cancer therapy.

It has long been her interest to research the benefits of incorporating bioactive food ingredients into our diet to fight cancer.

“Bioactive food ingredients, because of their pleiotropic effects, may affect multiple targets, thereby helping to alleviate cancer growth and progression, alone or in combination with current drugs, while reducing toxicity.

“Thus, my interest in the effects of tocotrienols and palm phenolics on cancer,” Smiti said.

Pleiotropic effects refer to actions other than those for which the agent was specifically developed.

Her focus on lung and pancreatic cancer is due to the fact that these two cancers are difficult to diagnose and treat.

Prevention is still a key part of advancement in this field.

Though there is no sure way to prevent cancer, there are some ways that might help reduce your risk of this disease.

Apart from quitting smoking, which, according to the American Cancer Society and World Cancer Research Fund International, accounts for 20 per cent of pancreatic cancers and up to 85 per cent of lung cancers, incorporating palm oil into a healthy diet can potentially lower your risk for developing these cancers later on in life.

While researchers have said that a good way for tocotrienols to be absorbed in the body is through high-dosage health supplements, there is a concern that not all commercial vitamin E supplements contain the complete range of tocotrienols and tocopherols (alpha, beta, gamma and delta) needed to guard the body against disease.

Cooking with palm oil may be a better bet; research has shown that its nutrients are fully retained even after cooking at high temperatures and being reused up to three times.

Smiti pointed out that current anti-cancer drugs in the market often suffer from limited usage due to drug resistance and toxic side effects.

“The cascade of reactions following initiation makes it difficult to target a specific molecule responsible for the disease and thereby retard progression.

“Anti-cancer drugs, designed for specific targets, thus suffer from drug resistance and toxic side effects, limiting their use,” she explained.

Miriam Santiago: ‘I got lung cancer’