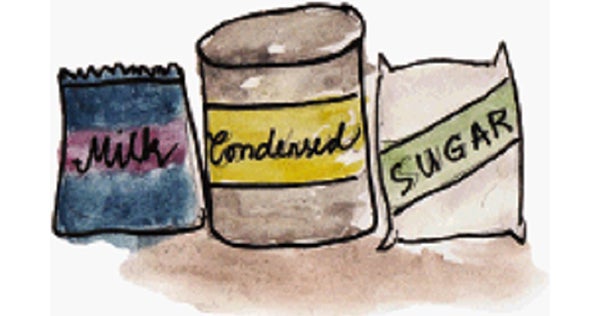 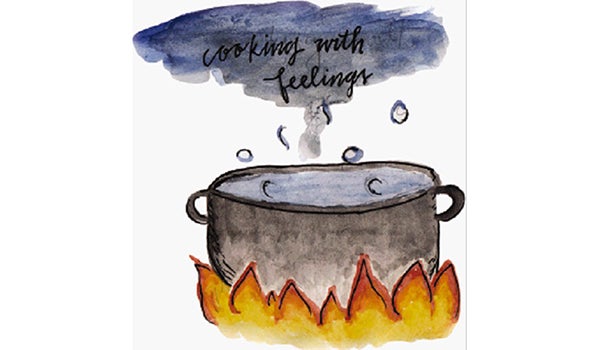 Never has mincing the onion been this loaded.

These days, an online tutorial may tell you to chop an onion bulb, and then ask you seconds later: “Masakit ba sa mata? Ganyang-ganyan din ako noong iwan mo ko.”

You will probably get the Gladys Reyes vibe. There will possibly be an overdose of profanity, sarcasm. Kasi, the instructor is presumably wallowing in passion. After all, those videos and texts mounting online are “#hugot recipes.”

And hugot—the ability to relate every single thing, maski pagsakay sa jeep, to heart problems—comes only from pain. [#hugot]

Pastillas Girl, supposedly the lifesaver for a noontime show after an #AlDub beating, is now defined by condensed milk, powdered milk and asukal, and her exemplary malevolence. We also found a 45-second video for cooking adobo, laden with allusions to an ex-lover.

They tell you to boil water the way their blood boils from anger. Others will tell you to marinate the meat in vinegar to soften it, and suggest you do the same with your merciless heart. They want you to break the egg, and then refer back to their shattered soul.

To cook “with feeling” is not new to the Filipino. Remember those annoying text messages telling you to pour in love, add patience and understanding, sprinkle with pints of care?

There was a point in life we felt we needed those texts, but in retrospect, they fill us with shame. Nakakasuka.

In the ABS-CBN teleserye “Vietnam Rose,” our vulnerable souls learned that one’s feelings while cooking reflects in the food. One scene, for instance, showed that if a tear fell into the broth you were cooking, someone close to you will feel like crying. (Gross, especially in a carinderia setting. Please, please, do not try.)

My generation spent early mornings with “Cooking Master Boy,” and yet another generation—plus, those who haven’t moved on from their childhood—with “Yakitate!! Japan.”

Both follow young protégés trying to be the best they can be, and also revolve around food cooked over an exaggerated fire, with flying pans, super-sharp knives, and hours upon hours of voice-overs! Cuisine that in real life cooks in under 30 minutes is finished in two, three episodes in the manga world, but dear Lord, the action keeps us on the edge of our seats.

Who will ever forget the judges catapulting to Dreamland or euphorically dancing around after the taste test? How about the moments they looked like they were having a heart attack or pangingilo, but were actually internalizing the flavors? Always remember Kazuma Azuma’s 324-layer croissant. #neverforget.

But, while all these exposed us to the drama emanating from a heat source in the kitchen, say the stove or an oven or a pugon, the stories have prerequisites: to be without your beloved sister for over a decade, or to possess “solar hands” (hands that are hotter than usual, and light up when the baking process climaxes), a mind that churns out means unfathomable by any other.

It is different with this new hit. The viral #hugot recipes are very democratic. Anyone with the material to document can do it, and who the heck does not? It is your choice whether to take a video or just save it as text—or even write it on paper. 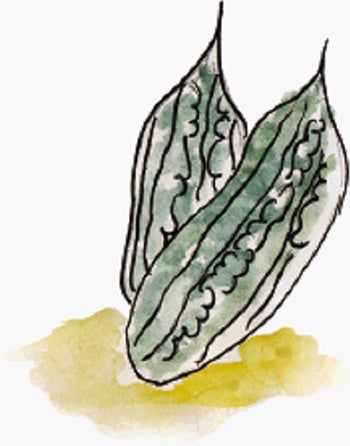 All you actually need is a huge surplus of bitterness, “the mother of all hugot.” And we’re quite lucky, because our ability to stock up on ka-bitter-an may be what sets us apart from Pinoys of long ago.

This ampalaya feeling comes from all sectors of our love nation, you see.

We understand and pray for the sawi, who is willing to let go of all concepts attached to love because of a previous heartbreak. We understand the inexperienced, whose facade suggests a rejection of forever, but whose core yearns for it. We understand those who are perpetually basted, who would leave a trail of insightful #hugot lines on social media and then soldier on.

We will never understand but, to prove our point, now refer to those who are by and large happy with their love life. You take to Facebook with formula—“Buti pa ang (x), hindi nang-iiwan,” etc.—whenever you and your beau have a minor misunderstanding, probably related to a misspelled word or a missing punctuation. At least you have ups; we are always down.

We hate you. As in. But you help build our case, such that we are a #hugot generation, so hooray for your darn existence.

The #hugot recipe, just like hugot lines, is a meeting of the Filipino’s capacity to be bitter and their genius, which are also responsible for the memes that add hilarity to monstrous stuff like carmageddon and politics. We may sometimes be annoyed, but we encourage this because it is obviously a healthier expression than crimes of passion. 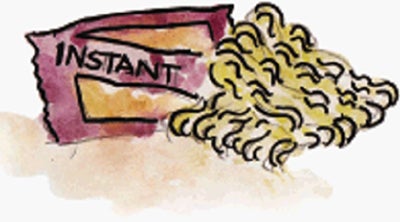 One immediate impact of the #hugot recipe is its power over youth who can cook only egg, de lata and instant noodles (Shout out to the cousins!). Even the jeje-est of the jeje might try cooking, and in the long run maybe grow a heart for it.

Out in the world, you will rarely see a jejemon listening attentively to some English-speaking chef cooking risotto and other stuff with chocolate ganache, but the #hugot recipe will reel in the same crowd that listened over and over again to Donalyn Bartolome’s “Kakaibabe” (which is a lot). We therefore call on publishers to think about recipe books with #hugot.

Of course, if “Vietnam Rose” was telling the truth, that your bitterness will lend itself to the entrée, make sure you serve your #hugot food to the gutom, for they will care not about the flavor. If the dish truly sucks, just think that, unlike other recipes, these “loaded” ones are about the cooking, not the feeding.

So, cook away (and maybe tape it for a shot at stardom).