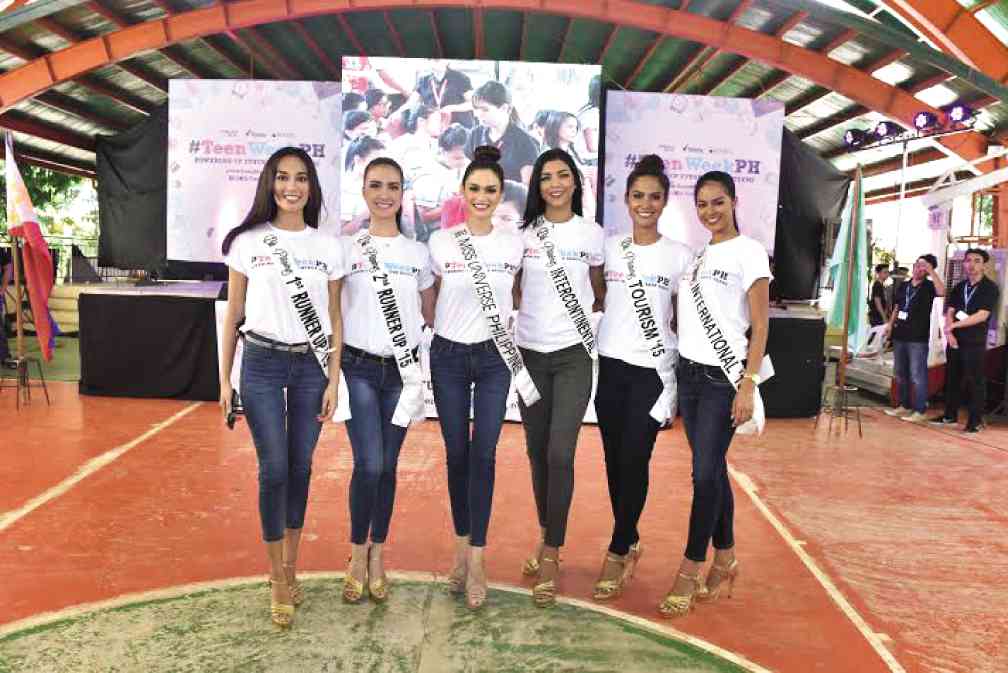 Even beauty queens go through puberty

Even the most beautiful among us are not spared the oftentimes confidence-busting physical changes brought about by puberty.

Binibining Pilipinas Universe 2015 Pia Wurtzbach told at least 1,700 high school students at Isaac Lopez Integrated School in Mandaluyong City recently that before she became the svelte and flawless beauty queen with silky black hair that she is today, she was once a high school student with pimples on her face and unkempt curly locks.

“If you see my pictures when I was young, you wouldn’t recognize me,” the 25-year-old Wurtzbach told the teenage audience, part of a week-long personality development program sponsored by Unilever Philippines.

Dubbed #TeenWeekPH, the program, now on its third year, aims to “help with teens’ personal development by educating them on proper hygiene and personal care habits, which will, in turn, help boost their self-esteem and confidence.”

Wurtzbach, who was among the public personalities invited to the program’s kickoff in the Mandaluyong school, said that #TeenWeekPH would help teens better understand that the physical changes they are undergoing are normal, and that everyone—even beauty queens—went through this stage during puberty.

Unilever Philippines public relations head Apples Aberin told the Inquirer that, more than just taking care of one’s physical appearance, the program—brought outside the metro for the first time this year—hopes to develop among teens the “habit that will make them better people overall.”

To do that, they invited personalities to form the “Teen Council,” whom teenagers can look up to because they are “confident, can take care of themselves, and are good and compassionate people with missions in life.” Among those who will address the students in the “Teen Talks” are basketball player-turned-businessman Chris Tiu, volleyball player Alyssa Valdez, and actress and Inquirer Read-Along ambassador Jasmine Curtis-Smith.

From Monday to Friday, students will be engaged in discussions on puberty and adolescence; beauty and self-esteem; building confidence; the importance of pursuing one’s passions and dreaming big; and forging lasting friendships and building relationships.

With this program, which has reached a million teens on the ground and 4.8 million online, Aberin expressed hope that teenagers will have a “more holistic development.” She added that in the long term, they hope that what they have instilled in the students will lead them to have a “more confident and better life.”

“TeenWeekPH is merely a kickoff. The mission is not over by far, but we believe in it so much that we want to do it yearly and we want to let the teens know that we are here for them,” Aberin said of the program, which will be brought in the coming weeks to 125 schools, including Cebu and Davao.

Corazon Regino, principal of Isaac Lopez Integrated School, told the Inquirer that to ensure the sustainability of the lessons and values taught in the week-long program, their teachers will “integrate” these in their subjects.

“When the learning on #TeenWeekPH is followed through, students will become more confident, which would eventually lead to their success, since confidence is one of the factors in becoming a successful person,” Regino said.

For her part, Wurtzbach reminded the students not to lose confidence in themselves just because of what they are going through right now. She pointed out that if they continue to believe in themselves, “who knows —one of you might also become a beauty queen.”