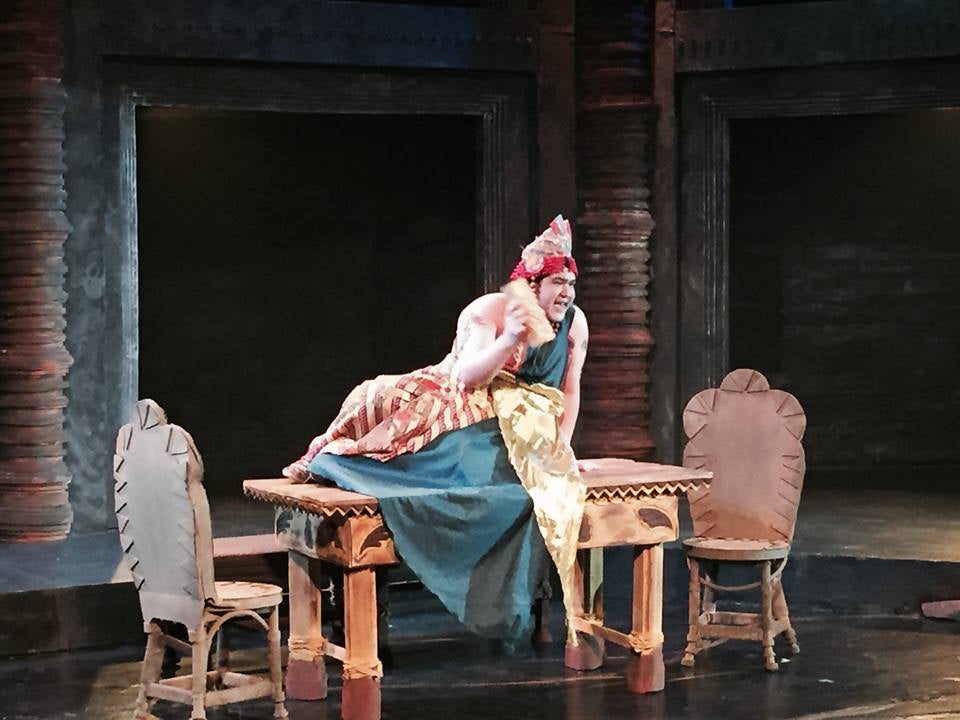 Dulaang UP’s second offering for its 40th Theatre Season is William Shakespeare’s “King Lear” and its new Filipino translation, “Haring Lear” by one of the greatest living playwrights of today, Nicolas Pichay.

Pichay, who is also a poet and lawyer, is known for his now-classic works; the historical comedy “Psychedelia Apokalypsis,” the sarcastic “Pangulo Naming Mahal,” the stage adaptation of “Ang Pagdadalaga ni Maximo Oliveros” titled “Maxie the Musical” and his collection of award-winning poems in Filipino, the soon-to-be reissued “Ang Lunes na Mahirap Bunuin.”

READ: Nicolas Pichay: ‘Don’t believe people who do not believe in the power of theater’

Critics who’ve pored over the new material he finished for DUP are one in saying that Pichay’s translation of “King Lear” is poetic, regal and accessible without sounding stilted or embalmed.

The play, considered by critics as Shakespeare’s greatest tragedy, is directed by DUP Founding Artistic Director, Professor Emeritus Tony Mabesa, who was this year’s recipient of the Gawad CCP Para Sa Sining for Theater.

The play is set in the waning years of a Southeast Asian kingdom replete with appropriate music, movement, costumes, and properties of the region without losing the themes, images, and poetry of the playwright’s supreme achievement.

“King Lear | Haring Lear” is the epitome of how deceit and the love for the superficial can tragically bring families to ruin and great kingdoms to ashes.