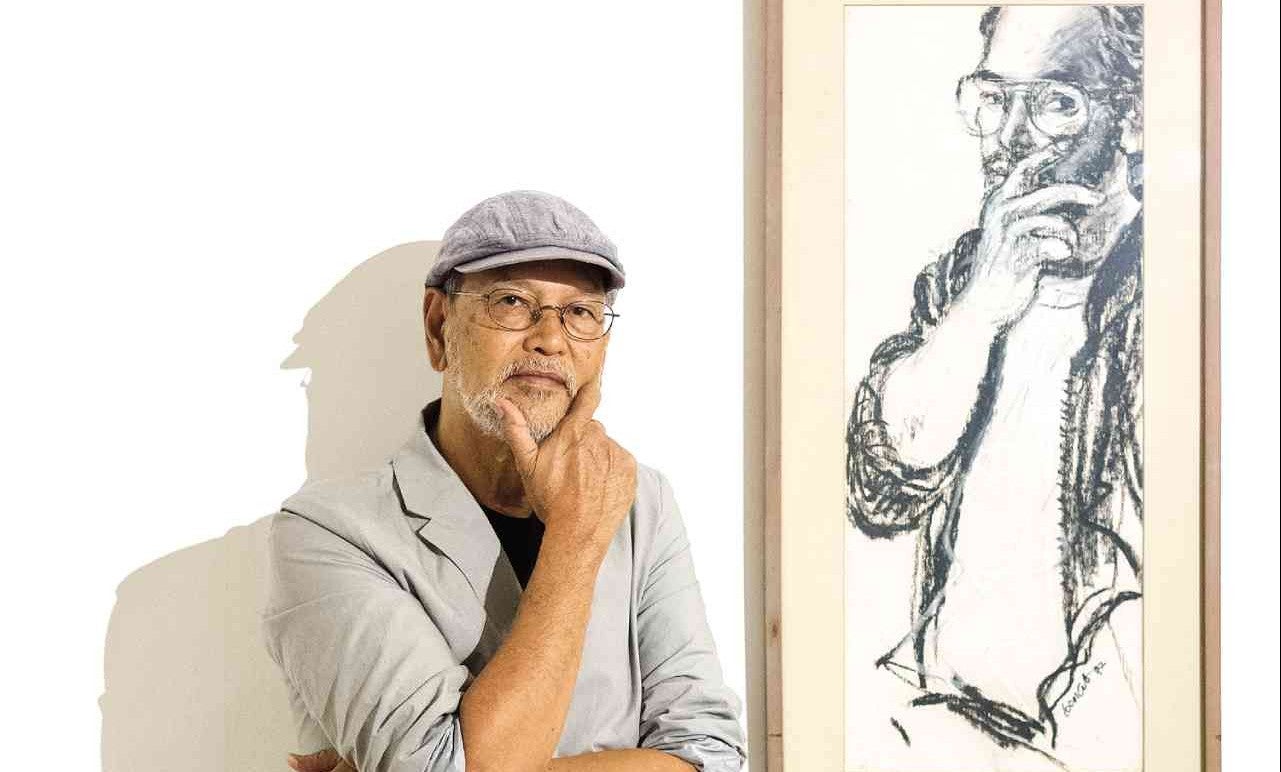 One is the BenCab everyone knows: celebrated National Artist, creator of the iconic figure of Sabel, highly successful painter whose works now fetch tens of millions in today’s overheated art market.

Then there is the private BenCab, less familiar and more complex than the first because he hews closer to the real man: lover of women, life, art; social observer and commentator; contemplative and humanist.

At 73, he is arguably our first celebrity painter, the trademark cap and beard recognizable even by people who don’t normally follow “the art scene.”

The downside of all this fame and success, however, is being “typecast,” boxed into the stereotypical image of the “artist.”

It’s a pity because there’s more to BenCab than just Sabel and the stylized Filipiniana that have become overfamiliar to us over many years of media exposure. Even after 50 years in the public eye, BenCab still has a lot to say about ourselves, our society and our country, if only one knew where to look.

“BenCab: The Filipino Artist” is a good place to start.

Curated by art critic and historian Dannie Alvarez, the career-spanning retrospective, which opens tomorrow, Oct. 5, and runs till Feb. 27, 2016, at the Metropolitan Museum of Manila, gathers more than 130 of the artist’s works created over five decades, including many never-before-seen paintings borrowed from private collectors and institutions.

“This is the first time I’ve seen many of these works again since I painted them, or sold them,” says BenCab. The feeling, he adds, is not unlike being reunited with one’s long-lost children after so many years.

According to Alvarez, the exhibit should change people’s preconceptions about BenCab’s art.

At the core of BenCab’s body of work is his extended inquiry into the nature and essence of being Filipino, as represented by the street-scarred derelict Sabel, the 19th-century colonials of “Larawan” and the migrants of “Larawan II,” and the indigenous tribal figures that recur in his work.

But the retrospective also includes works of social realism, expressionism, near abstractions, minutely observed scenes from daily life, and some wholly imagined scenes drawn from the artist’s memory and experience.

“Even fellow artists were surprised because they didn’t know how much I’ve done over the years,” says BenCab. He has experimented with different styles and media. “Yellow Momentum,” from the early 1980s, resembles nothing so much as Zen calligraphy.

A seascape titled “A Quiet Place” (1985) stands out because, unlike 99 percent of BenCab’s work, it has no people in it.

(A noted collector once bought a “BenCab” painting at an antique shop for a song because the dealer thought it was a fake.   It wasn’t. The style was so far from what people associated with BenCab that they assumed it couldn’t be genuine.)

“The exhibit is not arranged chronologically but according to how the themes in Ben’s work have evolved over the years,” says Alvarez. “It’s his commentary. For instance, in ‘Larawan II,’ when we put the paintings together, napaka-relevant pa rin, because of the issues involving OFWs today, even though he did them in the late 1970s.”

Those with a newfound interest in Philippine history, thanks to the film “Heneral Luna,” might be interested to note that BenCab began his reexamination of heroes as far back as the early ’80s, with paintings depicting such historical figures as Macario Sakay, Gregorio del Pilar, and Emilio Aguinaldo.