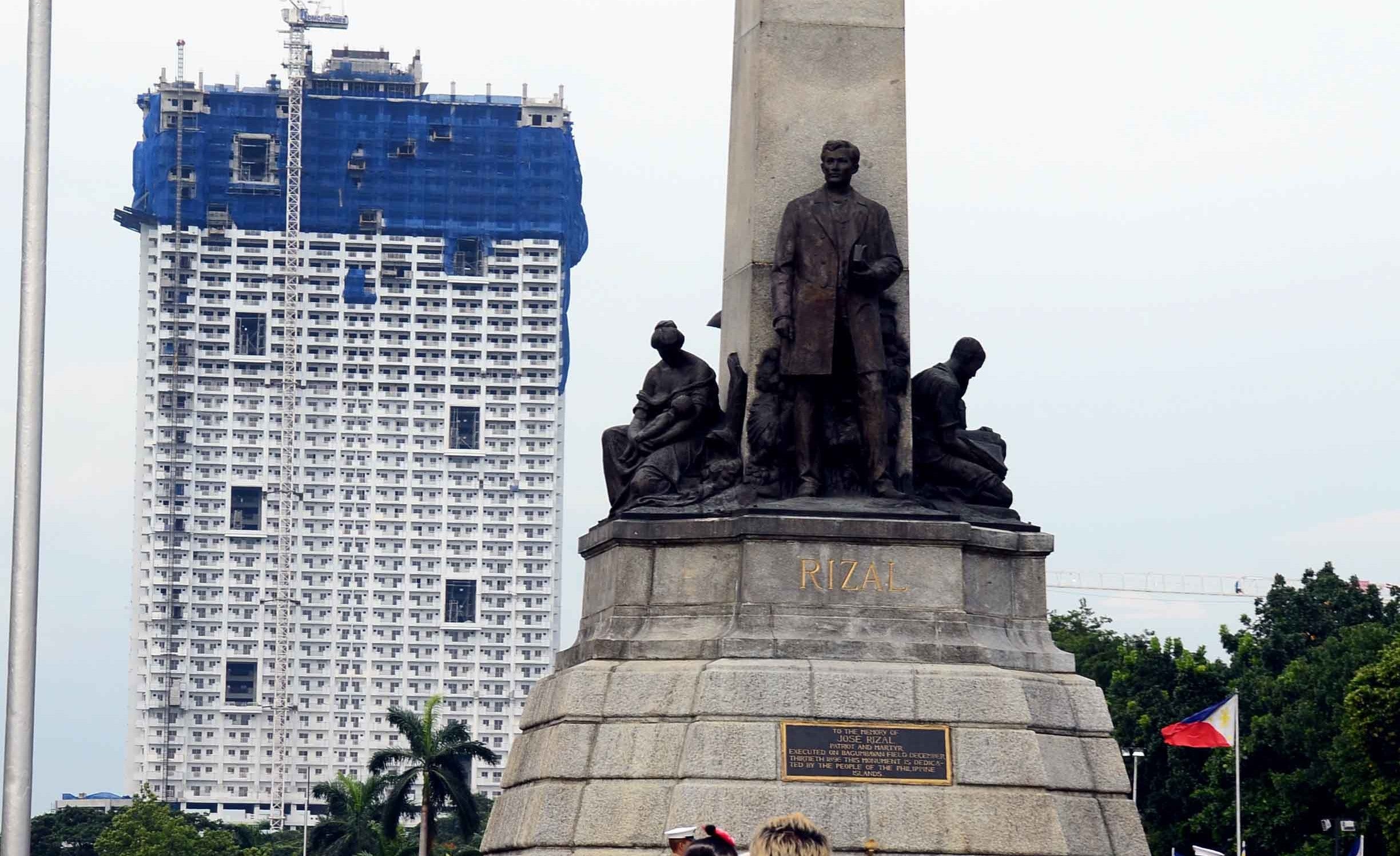 HERITAGE advocates want to topple it while the Supreme Court seeks to rule definitively on its legality (or illegality). Until that time, artists will “deconstruct” the 49-story Torre de Manila.

The artworks will be installed in the reception area, where another installation of origami—a “butterfly canopy”—will mimic a park setting (Luneta Park?).

The two striking art installations are the work of theater designer and sculptor Bonifacio Juan of the Philippine Educational Theater Association (Peta).

Considered an eyesore and photobomber for marring the skyline of Rizal Monument at Luneta Park, Torre de Manila has divided the nation between those who consider it a sign of progress and those who view it as a monument to greed and insensitivity to heritage and history.

Although ManilArt 2015 organizers says the “deconstruction is still under construction,” the installation would consist of a 10-foot wall mimicking the skyline and Rizal Monument emptied of its illustrious resident.

Where has the national hero gone? That will be for art lovers to find out on Oct. 8 when ManilArt 2015 opens at the SMX Convention Center of SM Aura Premier, Taguig City.

Featuring at least 30 top galleries from the Philippines and abroad, ManilArt 2015 will run until Oct. 11

Aptly coinciding with Museums and Galleries Month, and organized by the National Committee on Art Galleries of the National Commission for Culture and the Arts (NCCA), ManilaArt is the country’s longest-running and most prestigious art fair. Theme this year is “Raising the Filipino Colors on the World Stage.”

Among the exhibitors are Singaporean galleries Art Prime Contemporary and Bruno Gallery of the Bruno Art Group, which also has galleries in Israel, Turks and Caicos Islands, and the US.

The art fair will also be home to a two-part exhibition that spotlights the country’s historic return to the Venice Biennale International Art Exhibition after a 51-year hiatus. Before its participation in the Venice Biennale this year, the first and last time Manila took part in Venice was for its 32nd edition in 1964.

While the exhibit will allow fairgoers to revisit the country’s 1964 entry, it will also give the public snippets of the 2015 Philippine Pavilion, plus some behind-the-scenes access to the efforts that went into the historic return. Main proponents of the much-awaited comeback were the Department of Foreign Affairs, Office of Sen. Loren Legarda and NCCA.

ManilArt will also host separate previews for buyers as well as the press on October 8.

Also on board this year are Gerry Torres and Jonathan Olazo, who returns as the art fair’s overall curator.

An architect, artist, educator and administrator in art, design and museology, Torres will be at the helm of a ManilArt tradition—the Walking Tours.

The Metrobank Lecture Series will feature symposiums on culture and the arts.

The therapeutic nature of the visual arts will be covered in “Art & Healing.” Disaster preparedness and art conservation will be discussed in “Art Go Bag 101.”

“Private Collection and the Precup” will tackle a longstanding question: Is the registration of privately owned artworks a mere option, or a public duty?