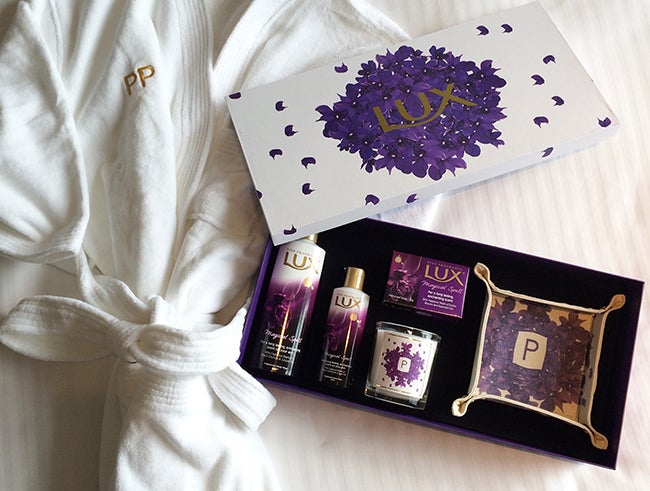 ‘We want Filipinas to enjoy bathing with perfume every day’

Warning: Lux’s Magical Spell will make you wish you could bathe all day.

Lux Perfumed Bath Collection, which was crafted by master perfumers from New York, London and Paris, is now available in the Philippines. The soap bars and bottles of body wash come in four variants—Soft Touch, White Impress, Love Forever and the signature Magical Spell.

Lux brand manager Kristine Erni said, “Unilever knows that fragrance is important in the lives of Filipinos. It triggers our mood, our emotions, even memories. Fine fragrance is in the DNA of Lux. We want Filipinas to enjoy bathing with perfume every day.”

On October 6, Valkyrie was transformed into the House of Lux, a sweet-smelling flowery forest where guests and members of the media celebrated the brand’s launch. New York-based master perfumer Nicole Mancini, the nose behind Magical Spell, flew in for the event.

Nicole, who works at Givaudan and has created scents with Rihanna, Gwen Stefani, Victoria’s Secret, Juicy Couture and the St. Regis Hotels, said it took her nine months to create Magical Spell, an intoxicating mix that has the black orchid at its heart. “I hadn’t seen it in the body wash market before and I thought that’s gonna be my start ingredient. I really worked around that heart and introduced notes—juniper oil, kumquat peel which is really fresh and citrus, purple ginger, red currant… I used all the notes I loved, amber, sandalwood, musk, patchouli and of course a little bit of addictive vanilla, just a touch of sweetness which I think makes it super modern. It came together so well,” Nicole told Inquirer Lifestyle.

“What’s exciting about Lux is they do a lot of investment in the fragrance. That allowed me to use ingredients that I would normally use in a fine prestige fragrance, ingredients that are high quality, premium, exotic and, you know, expensive,” she added. 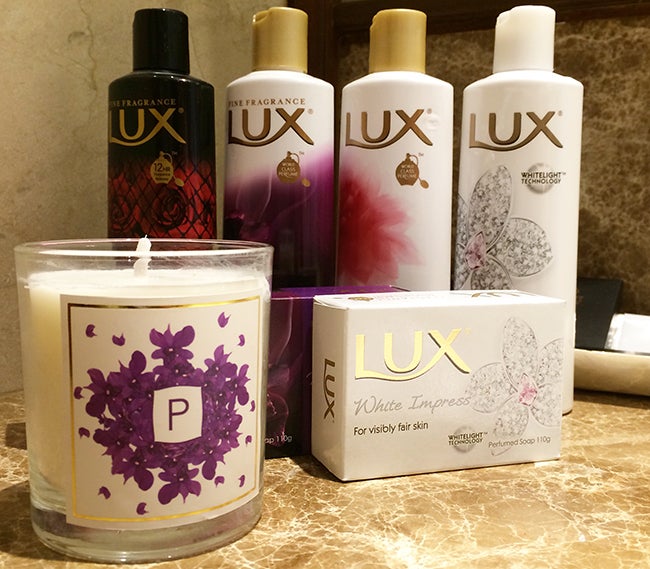 She worked extra-hard on one aspect of the fragrance: making sure it stays on the skin. “What’s important about the Magical Spell fragrance is it’s long-lasting. Eight hours.”

Nicole says that Lux Magical Spell has been flying off shelves around the world.

Filipinos have received the brand with excitement. When Lux offered samples online, 5,000 people signed up in just four hours.