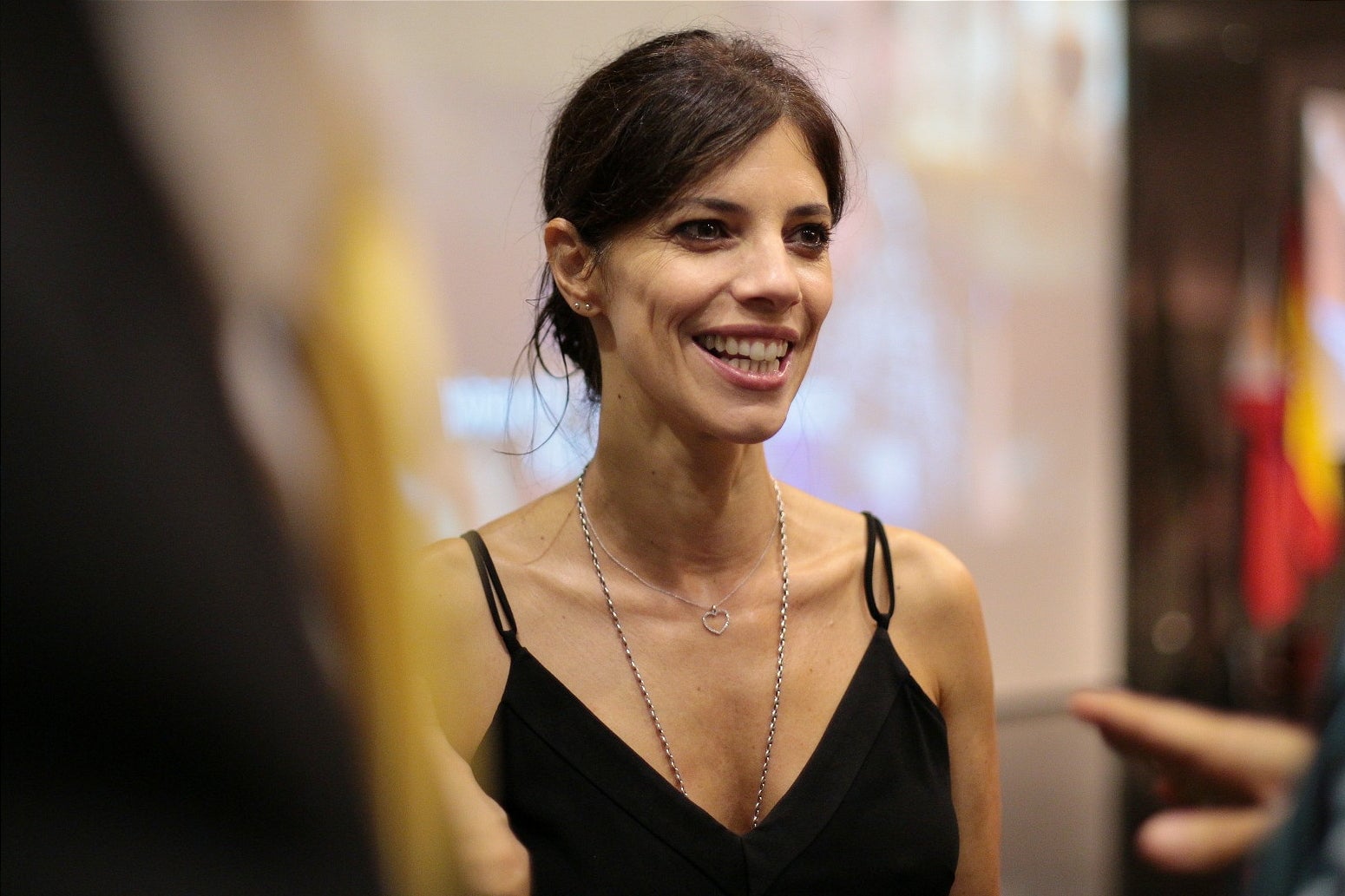 She’s the object of desire in many a Spanish-language film, such as in Alfonso Cuaron’s sexually charged cult hit “Y Tu Mama Tambien,” yet Maribel Verdu has also been among Spain’s most awarded and prolific actresses. Looking understated yet no less elegant in a black tank top and slacks, Verdu graced tonight’s gala event of Pelicula-Pelikula Spanish Film Festival with husband and fellow actor Pedro Larrañaga by her side.

On Oct. 9, audiences will get the chance to interact with the actress in an open forum that would follow screenings of two of her recent films.

Festival opener “Felices 140” has Verdu portraying a woman whose relationships with her relatives change when they learn of her hefty jackpot winnings. Her second film at the festival is a retelling of Snow White’s tale in black and white, “Blancanieves,” inspired by the Brothers Grimm version. It took home 10 Goya awards, or Spain’s award-giving body for film equivalent to the Oscars, including Best Film as well as Best Actress for Verdu in 2012.

Showcasing contemporary Spanish cinema, Pelicula has had a tradition of bringing over filmmakers and/or actors to present their films at the festival and participate in dialogues with audiences. Previous editions have featured Spanish writer-director David Trueba (2014) and actress Alejandra Lorente (2013) as well as Argentine filmmaker Gabriel Nesci (2013).

Over 20 films will be screened in this year’s edition, including a World War II documentary that focuses on the massacre of Spaniards in the Philippines during the Japanese occupation.