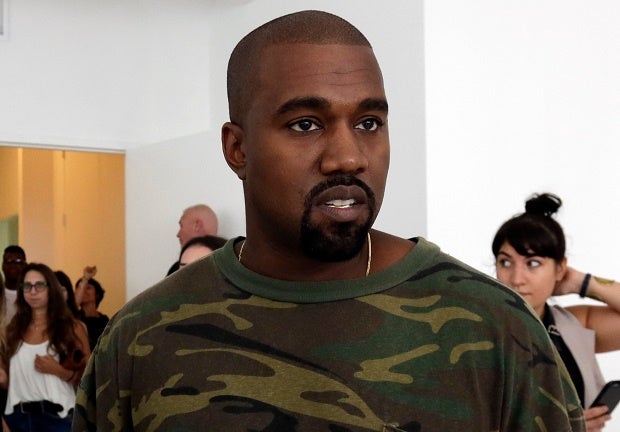 NEW YORK, United States—Rapper Kanye West, whose growing presence in the fashion world has drawn a mixed reaction, says he faces discrimination for being straight.

READ: Some Designers Aren’t Happy about Kanye for Adidas this NYFW

West stressed his support for LGBT rights. His wife, reality television star Kim Kardashian, is the stepdaughter of Caitlyn Jenner, who has brought widespread awareness to transgender issues by transitioning to be a woman.

West, who is African American, said he initially feared about “black radio hosts possibly making jokes about it, because the black culture generally is so homophobic.”

“I just feel so proud to be in a family that has so many people breaking ground for the generations to come,” he said in the interview recorded Tuesday.

West, whose stated ambitions include a run for president, again likened himself to Michelangelo and denounced critics who see him simply as a celebrity.

Unlike rappers who flaunt their wealth, West said he was out to prove himself as a “creative genius” who can succeed if he has the right resources.

“All of my aspirations are things that currently only 60-year-old white people do, so I have to redefine and let people know exactly who I am,” he said.

“When people try to take the piss out of me for clothing or this or that, they never think… that I never had the opportunity to be properly educated.”