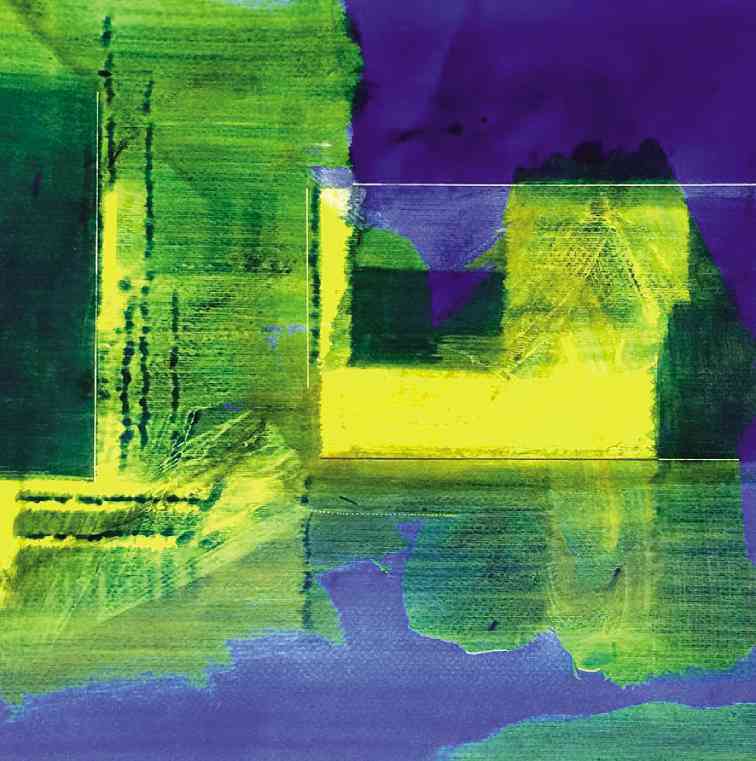 One might roughly translate his name as “happy messenger.” Hermés Alegre has spent these last 25 years evolving his template of an idealized and thoroughly magnetic feminine visage, or groupings thereof, set amidst what can only be described as lush: gardens, orchards, forests, bushes, bouquets of seductive flora evoking and delivering calm repose, tropical richesse and a botanical explosion of organic abundance.

He has crafted an oeuvre of sensuous verve, of deliverance from our cement dust-laden, traffic-mired urban blues, a salve for our post-post-modern times where no heroes are allowed to roam with hidden warts.

There is always this welcome niche, in periods of societal transition, for the ode to pleasure, to abundance, to gazing at comfort, and in this, Alegre is not without forebears: Franz Marc in the days before the Great European conflict; Paul Gaugin at the crux of the Industrial Age: Fernando Amorsolo in the gap between Philippine colonization and independence; Odilon Redon and Gustav Klimt in the twilight before modernity would grip us in its carbon-gasping chokehold. Pleasure remains, quite simply, still the best cure for pain.

But even Alegre and his advocacy of the pleasant is not immune to the tribulations of grand tragedy, and even this magus of florid aesthetics can be blindsided by a truly heinous assault. Thirteen years ago, he visited New York. He interacted with New York’s creative communities and was opened up to a vista of the festering pain that the overpowering trauma of 9/11 and its neurotic and discombobulating aftermath had sown among these communities. He carried home this measure of their discomfort.

What bubbles up now, in an almost polar turnabout from his expected idylls, is a collection of formal screams, muffled groans, truncated sobs, rendered in unfiltered slashes, dashes, flows and flecks and stains and gobs of water-laden and dry scrounged pigment. Alegre has unlocked this dark chamber of recall when he could not pull himself single-handedly from this emotional morass and had, perforce, to exsanguinate his undoctored feelings out in brutish and seemingly random layers of manic gesture.

“UnderGlass,” Alegre reveals, describes the way these paper works present themselves, as paper often is in an exhibit, viewed from under a framed sheet of crystal. These are large and little untutored confessions, unrehearsed, direct, stripped of the charisma which he has so abundantly grafted into most of his known portfolio. It seems that “UnderGlass” may also suggest a cortex of suppressed impulses to be scrutinized under a glass slide, dissected clinically under a metaphorical public microscope.

“UnderGlass” is a show that yields to unflinching examination, with the works governed more by somnambulistic purge than by taste-driven purposefulness. Hermés Alegre, purveyor of luxe, admits, with this nonobjective collection, that even he can be ill at ease.