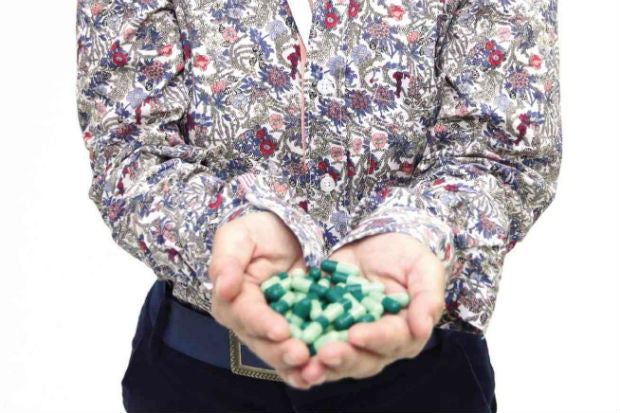 This is no laughing matter.

A dead-serious, small-time herbal supplement manufacturer has started exploring ways to make the plant called “tawa-tawa” (Euphorbia hirta) an acceptable cure for dengue in the absence of science to back claims of its many healing properties.

Shirley Su-Alampay, who came up with the idea of encapsulating powdered tawa-tawa six years ago, told the Inquirer that her group has been collecting and collating testimonials and blood test results of dengue patients who took the capsules to build a case study that will prove the plant’s curative powers.

“We have to gather these records from various patients so we can proceed with Phase 2 of the clinical study on the efficacy of tawa-tawa plant on dengue fever cases,” said Alampay, sales head of Opti-Life Innovations.

The start-up company has recently obtained a certificate of product registration from the Food and Drug Administration (FDA), which allows the group to put the encapsulated tawa-tawa extracts on the shelf.

The coveted FDA certification classified the product, named “Tawa2 Plus,” as an over-the-counter drug under the pharmacologic category of traditionally used herbal product, but merely for the relief of asthma symptoms.

Tawa-tawa, alternatively known as “gatas-gatas,” has been traditionally used in Asia and Australia to treat asthma, coughs, diarrhea and dysentery and in Nigeria for eye and ear infections, asthma, bronchitis and diarrhea, according to a 2012 publication of the National Drug Information Center.

The Department of Health (DOH) has repeatedly indicated the absence of validated scientific study that would back claims of its effectivity in curing dengue cases.

In 2011, the DOH reported that an initial research by the Department of Science and Technology showed that the local plant appeared to have “some effects” on rehydration and the agency was trying to “isolate” the active substance responsible for this.

But it was quick to add that the results were “very preliminary” and it could not make any official recommendation about the plant’s possible dengue-fighting properties.

On Friday, Health Secretary Janette Garin reiterated the DOH’s stand that “there is no validated scientific study or results” on the efficacy of tawa-tawa—leaves or capsules—as treatment of dengue.

“If the claims are true, there is no substantiation. And they need to register it with FDA as treatment,” she told the Inquirer in a text message.

She said the Philippine Institute of Traditional and Alternative Health Care has yet to make a position on such health intervention.

“There may be potential but there is no scientific evidence yet and the DOH cannot endorse such claims,” Garin said.

Alampay said the members of her group are aware of the DOH’s stand on tawa-tawa, which is why they are pushing to proceed with the second phase of the product’s clinical trial.

“We started it already with Bulacan … we were able to talk to some (private) doctors who tried it on their patients and it worked,” she said. “We also asked them to get testimonials and the platelet count records of these patients.”

The DOH has reported a surge in the number of dengue cases in the past nine months in the Ilocos region, Cagayan Valley, Central Luzon, Calabarzon, Central Visayas, the Autonomous Region in Muslim Mindanao, the Cordillera Autonomous Region and Metro Manila.

The provincial governments of Cavite and Bulacan have recently declared a state of calamity due to the increasing number of cases of the mosquito-borne disease.

“Because of the rising number of dengue cases, the advise to us is to get as many records because these can be case studies that can be used in the clinical trial,” Alampay said.

The herbal product underwent a clinical trial for safety and toxicity in 2012. Documents provided to the Inquirer showed that this was conducted by the Research and Biotechnology Division of the St. Luke’s Medical Center in Quezon City for clinical research services group, Rainiers Contract Research Services Inc.

The interest in the local plant began in 2009 following Tropical Storm “Ondoy” that inundated large swaths of Metro Manila. One of Alampay’s brothers, who lives in Marikina, one of the many areas surrounded by stagnant water, contracted dengue.

A brother in the United States referred her to a Davao-based relative of a Filipino office mate who had access to the tawa-tawa leaves. It eventually became the subject of a thesis of students of Ateneo de Davao University.

Alampay had the tawa-tawa leaves regularly shipped to Manila, and made fresh tea from the herbal plant for her sick brother to drink every hour. Overnight, her brother’s condition improved and his platelet count increased.

Convinced of its healing properties, Alampay said she thought of making tawa-tawa available in capsules to make it more accessible and tolerable for dengue patients.

“Tawa-tawa tea tastes bad, it’s like drinking soil. So we thought, rather than discourage people from taking tawa-tawa, we might as well come up with an alternative that is more convenient,” she said.