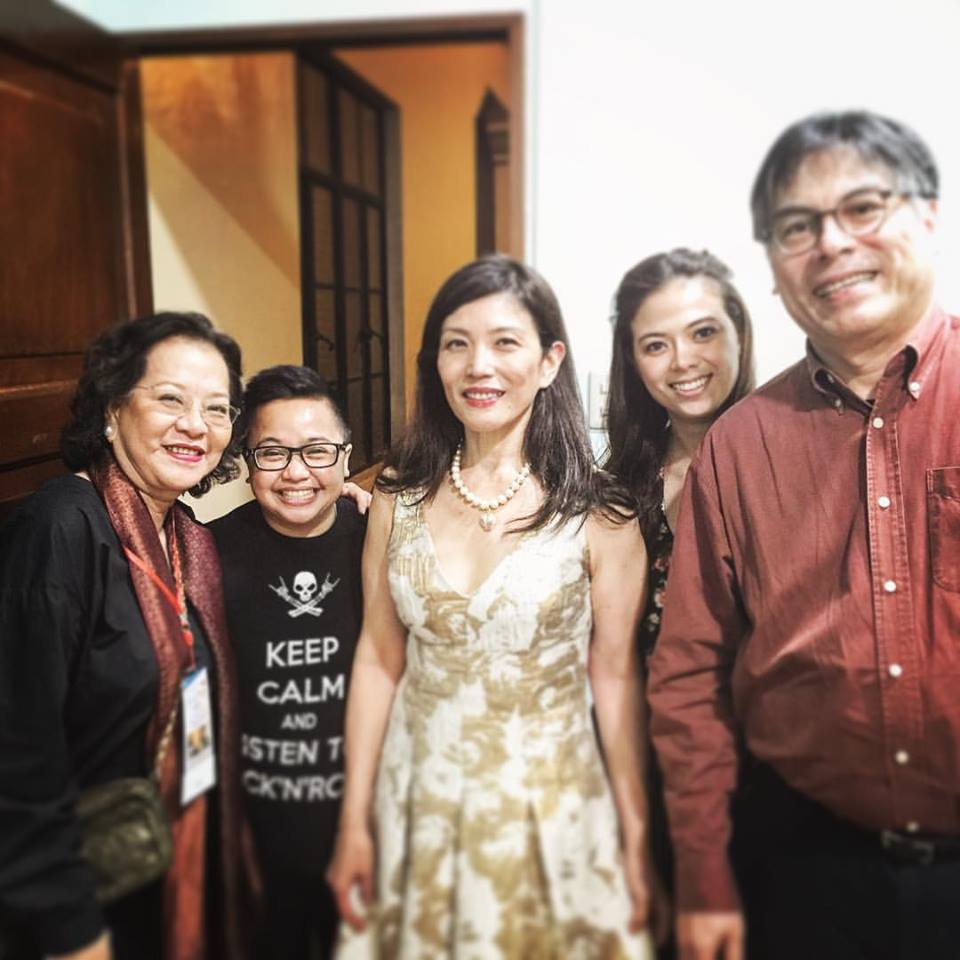 FOR the first time in the 40 years she has been holding homecoming concerts in Manila, pianist Cecile Licad had the luxury of bringing her own piano—a Hamburg Steinway full grand.

The piano was flown from New York courtesy of her manager and Pro Piano president Ricard de la Rosa, who has supplied and tuned pianos for the likes of eminent pianist Maurizio Pollini.

The event was her Oct. 2 concert at Santuario de San Antonio Church in Forbes Park to raise funds for the parish’s charity projects.

Licad braved the predominant bias for Bartok concertos by playing the composer’s Piano Concerto No. 1 in that unlikely venue.

What worked in its favor was not just a good piano but a sensitive and intelligent conductor who did everything possible to make a rarely heard concerto work: Gerard Salonga.

It helped that the ABS-CBN Philharmonic Orchestra came up with a very apt opener, Liszt’s “Les Preludes,” the third of the composer’s 13 symphonic poems.

The four sections of the piece, starting with the opening andante maestoso, were reflective of the kind of reactions the Bartok concerto would get from its Forbes Park audience.

In the first piece, Salonga proved he could get into the music and get the kind of performance from an orchestra willing to explore the music for what it was.

One followed the concerto by not just looking at the piano keys but also at the very expressive face of the pianist. By carefully sculpting the sounds to make musical sense out of those wayward notes, Licad transported her audience into the realm of the unknown and the unexplored.

As its earlier audiences noticed, the Bartok concerto was an enigma. Critics of the 1920s looked down on it.

Indeed, it is difficult, dissonant, percussive, jarring and even ugly. But Licad and the well-rehearsed orchestra found a way to communicate its inner appeal.

The last part, a solo recital, magnified the rarefied qualities of the Hamburg Steinway piano.

Very touching was Licad’s special number (“Lullaby”) dedicated to her mother, Rosario, whose birthday fell on the day of the concert.

The concert attracted the well-off village habitués (some of whom couldn’t hack Bartok and left), but the seasoned music lovers came in the persons of writer and former Miss International Gemma Cruz Araneta; filmmaker Carlitos Siguion Reyna with wife Bibeth Orteza; and songwriter and singer Aiza Seguerra with partner Liza Diño, who became instant Licad fans after the concert.

For once, let the netizens judge Licad and the orchestra from their end.

“A magnificent performance” was how columnist and visual artist Mav Rufino summed up the euphoric evening of Liszt, Bartok and Chopin.

Chiqui Locsin described the event as a great concert while Chic Francisco referred to the pianist as awesome.     Ma. Elnora Halili said she was on Cloud 9 after the Chopin No. 2 encore and filmmaker Carlos Siguion Reyna described the concert as a memorable night like no other.

Filmmaker Alemberg Ang said he would run out of adjectives to describe the power of interpretation of Licad.

Orchestra player Apol Disimulacion noted the Bartok piece thus: “What music! Real fantasy. Just a small blink of your eyes and you will be lost. In this piece, you have to listen and focus. A great night for the ABS-CBN Philharmonic and its soloist.”

From Charit Esquela Buban: “What a treat to listen to Ms Licad play the Chopin encore. That was so unexpected. Bravo!”

Stage and film actress Shamaine Centenera Buencamino said it all for the concertgoers: “Everyone should see her (Licad) play at least once. She makes you feel what a divine gift is truly like!”