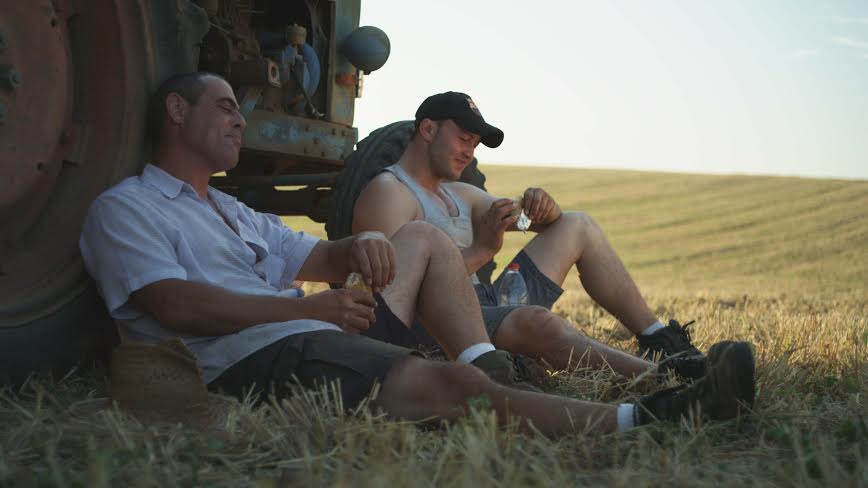 WHAT do you get when you assemble the unlikeliest of characters in a movie?

What a diverse selection of characters, indeed! Put them all in a rural village just outside Barcelona in the hottest of summer, and you have a fascinating story where the lives of these characters intertwine in joy and sorrow.

The setting is in Gallec, a rural village northeast of Barcelona. Raúl lives with his parents so he could manage an organic farm. Far from his three small children whom he speaks with only rarely, he struggles to start a vineyard, with the help of Iurie, a Moldavian immigrant who trains hard in the gym with the hope of joining the national wrestling team.

In the same village, María, old and sickly, lives alone with her beloved pets and plants. She has physical deformities and walks with difficulty, but continues to enjoy her garden.

Nearby is the Residencia Cal Garret, a home for the aged, where Rosemarie, a nursing aid, works. She is a Filipina from Santa Cruz, Ilocos Sur, who walks to and from work daily.

And finally there is Maribel, a prostitute who finds less and less clients so she sits and smokes on a lounging chair by the road all day, until the sun sets and a friend drives her home.

Tragedy strikes the village when the temperature soars to more than 400°C for several weeks, and the much-anticipated rains do not come. Raúl’s crops are threatened by pests called “white flies,” and unless the rains come to wash them away, he has no harvest to look forward to.

With three children to feed, Raúl has to take a second job in a warehouse. Iurie, his assistant, has his problems: Working in the hot fields tires him, makes him lose his appetite and drains his energy. He quarrels with his girlfriend, who accuses him of neglect, over the phone.

María falls ill with respiratory problems and has to be brought to the Residencia Cal Garret where she is ministered to by Rosemarie, who at times gets fed up with caring for so many elderly residents. Every day, too, she and the other care-givers are confronted with death.

In a poignant scene, she gives advice to a younger colleague who is devastated by the passing away of a ward, Pedro, as they clean his room. Rosemarie, too, in turns cajoling and scolding, has to deal with María, who gets obstinate about her daily hygiene.

Will all of them ultimately get what they want? Will the rains finally come to save Raúl’s farm? Will María be able to return to her old home? And will Iurie prove himself worthy of a slot in the national team? How about Maribel?

The movie not only gives us a slice of life in this rural village but also comments on the devastating effects of global warming, and the financial crises that affect not only Spain but also Europe and other parts of the world.

How these characters fight back is an intense drama that could be felt even long after the movie is viewed. It is a strong commentary on the patience and strength of the human spirit.

What is more striking is that the people who play the roles are not professional actors. Director Neus Ballús worked with the five main characters for four years so they could play themselves in the movie more naturally.

We especially applaud and cheer for Rosemarie Abella, who essays the pathos of an immigrant care-giver, giving life to her real role not only in the residencia but also as a friend of her fellow Ilocanas in Gallec.

“La Plaga” premiered in the 2013 Berlinale. The film will be screened at Instituto Cervantes’ Pelicula-Pelikula Spanish Film Festival on Oct. 15, 7 p.m., at Greenbelt 3 cinemas.