‘It’s over for me as a sex symbol’ | Lifestyle.INQ ❮ ❯ 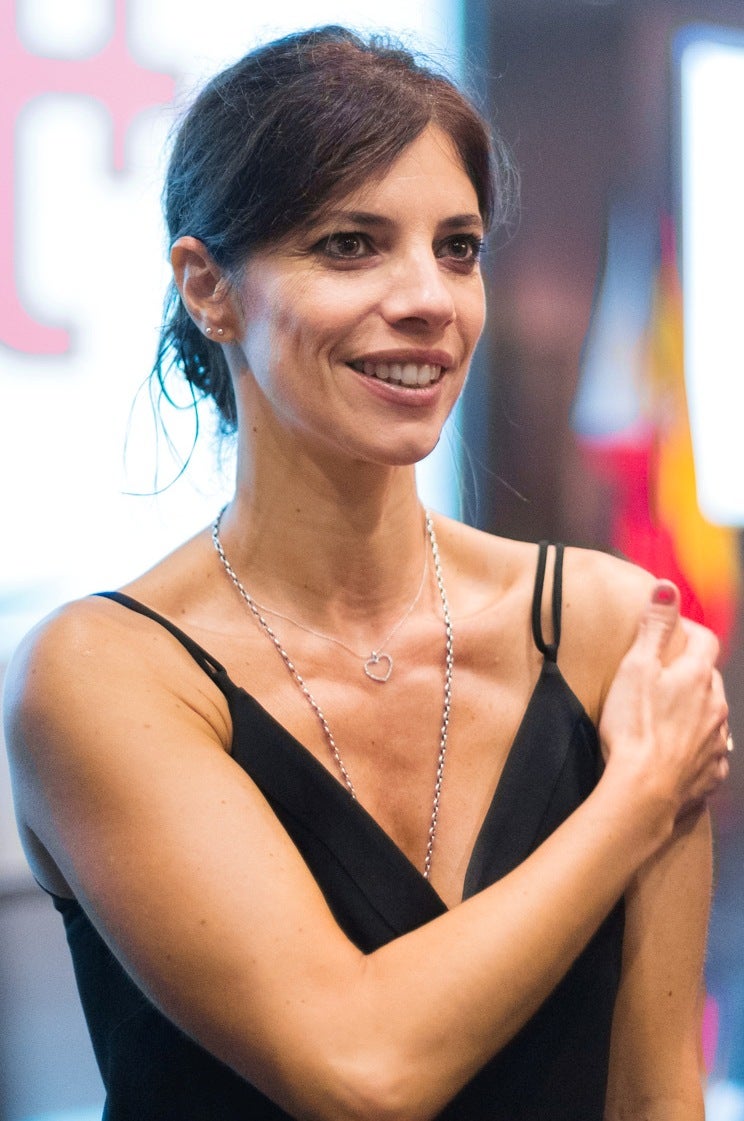 ‘It’s over for me as a sex symbol’

YOU’RE a sex symbol when you are young, so fortunately it’s over [for me]. Over time the early attractiveness goes away and then it’s just the talent that remains.”

That’s 45-year-old Spanish actress Maribel Verdu, whose slender frame and megawatt smile belie her age, talking about transitioning from screen vixen to serious actress—or, at least, that’s how she has been perceived by the industry —during a press conference at Instituto Cervantes Manila.

The intimate gathering was held just hours before she would address audiences at the open forum after each screening of her films in this year’s edition of Pelicula-Pelikula Spanish Film Festival, which runs until Oct. 18 at Greenbelt 3 cinemas. The festival will have a second leg Oct. 19-25 at the National Commission for Culture and the Arts in Intramuros, Manila.

Starting her career at age 13 and having appeared in over 70 films, including Alfonso Cuarón’s sexually charged cult hit “Y Tu Mama   Tambien,” Verdu seems to have acquired a new role: ambassador of Spanish cinema.

This year alone, the actress has had a whirlwind tour with Instituto Cervantes, which has a network of about 90 cultural centers worldwide, not just to promote her work but also see to it that contemporary Spanish movies reach a global audience.

You would think an actress of Verdu’s caliber would be less keen to support the cause. She has, after all, two Goyas—the Spanish equivalent of the Oscar trophy —as well as the acting credentials to make even Hollywood stars weep.

For the 2009 drama “Tetro,” for example, Verdu worked with Francis Ford Coppola, whom she described as “a big director in every way.”

She also reunites in an upcoming film, “Abracadabra,” with Spanish filmmaker Pablo Berger, whose “Blancanieves” swept awards at the 2012 Goya ceremonies, including Best Film and Best Actress for Verdu.

The black-and-white film, a dark fairy tale akin to the Brothers Grimm version of “Snow White,” will be screened again at the festival (it was on the 2013 Pelicula lineup), along with “Felices 140” (Happy 140), which features a compelling Verdu as a woman suddenly at odds with family and friends when she reveals to them she has won the lottery jackpot.

“It’s not a happy film,” Verdu said of the Gracia Querejeta-directed film, which the actress presented at the festival’s gala night. “It’s a tragedy. But there are a lot of tragedy movies that immediately you like, or maybe an uncomfortable situation makes you laugh because they are so incredible [sic]. I think the film leads you in that situation.”

With Spain’s film output dwindling to about 170 annually in the last few years, the industry may seem like an impending tragedy, too—but not if Verdu and festivals like Pelicula can help prevent it.

“Don’t talk in past [tense],” Verdu, who occasionally spoke through a translator, pointed out when asked about the effects of Spain’s economic crisis on her country’s film industry.

“It’s still [ongoing], but not only cinema [has been affected], in general. One thing is producing and another is exhibiting the movies, [which explains] the enormous reduction of cinemas in Europe and [particularly] in Spain.”