Comic books and the joys of doing nothing | Inquirer Lifestyle 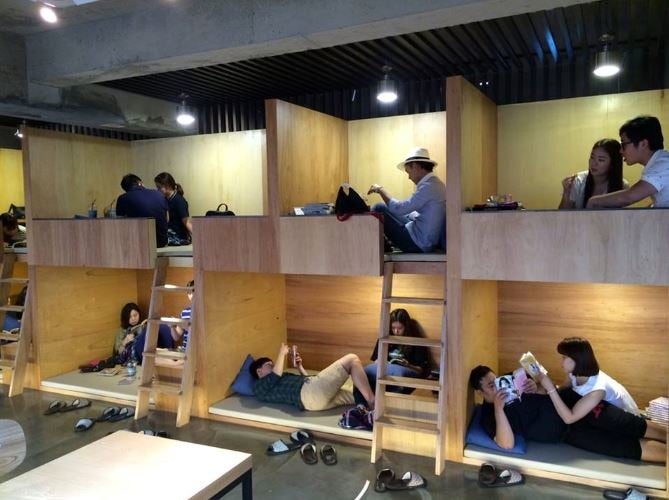 Comic books and the joys of doing nothing

To reach Jeulgeoun Jakdang, you go down a narrow staircase located in a hidden corner of Hongdae, take off your shoes, slip into a set of snug slippers and push open a red door. The space that greets you inside is something like a very homey library, with cushioned seats, blankets and rows of shelves filled with comic books.

Visitors — who come alone, as couples or in groups — can be seen either browsing the overflowing trove of comics or reclining comfortably against the cafe’s puffy cushions, lost in a world of detailed drawings. It’s quiet. No one speaks to each other, but the space nonetheless emanates an implicit friendliness.

Such comic book cafes are becoming popular amongst many Koreans who seek somewhere to simply relax and lounge around while still enjoying the company of others, in a space that is away from — but still as comfortable as — home. And for comic book fans, these cafes fall just short of paradise, allowing them to binge-read everything from old classics to recent Web-based cartoons, and even enjoy a beverage and a snack, all for the affordable price of 3,000 won ($2.60) per hour, cost of food excluded.
Kim Min-jung, who opened Jeulgeoun Jakdang (roughly translated as “a merry gang”) around three years ago, says it had been her childhood dream to create a polished, wholesome area where people could enjoy comic books. 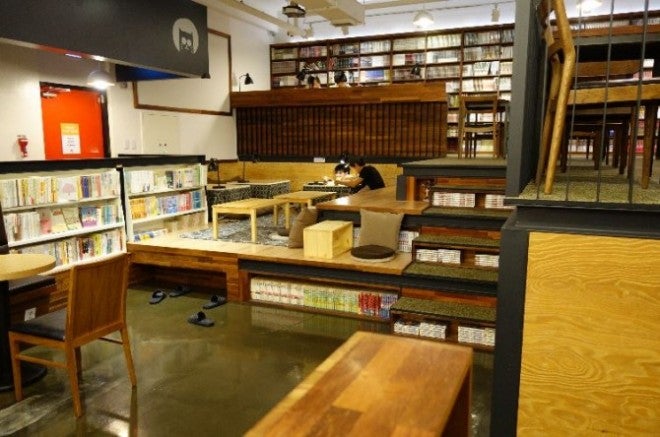 “I’ve loved comics ever since I was young,” she said. “But back then, not only was reading comics regarded as a dangerous hobby that distracted you from studying, there also weren’t many suitable places where students could enjoy comics.”

In decades past, preceding Korea’s comic book cafes were “manhwabang,” or comic book rental shops, where customers could both borrow and read comics.

These shops, however, were often filled with dense clouds of cigarette smoke and a largely adult, male readership. They were generally regarded as unwholesome places that were especially off-limits to students. Open around the clock, manhwabang frequently acted as shelters for runaway delinquents and became associated with racy content.

With the advent of concept cafes, however, the comic book culture has largely been able to shed its lewd connotations and transform into a family-friendly activity, Kim says.

“A lot of parents bring their kids along to the cafe, especially during the weekends,” she said. Families sit in silence for hours, Kim explained, each consumed in a comic book of their liking and their own imaginations, but still enjoying time together. 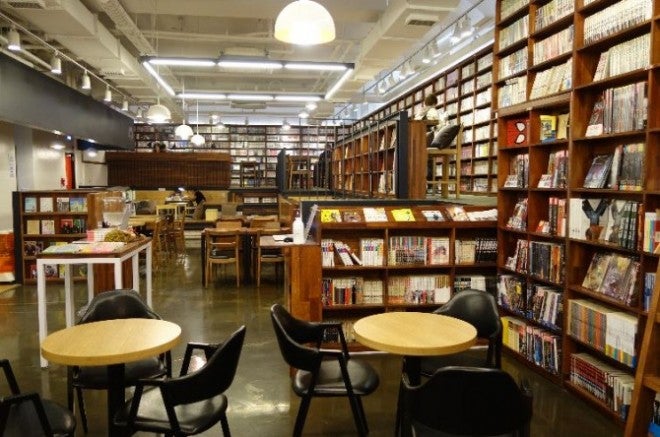 Regarding the rise of not only comic book cafes but the cafe culture in general, some have suggested that a growing portion of modern Koreans tend toward quiet, solitary activities in their free time in order to escape from their bustling work or school lives.

This was the idea behind the creation of Cheongchoon Munhwa (meaning “youth culture” in Korean) Salon, says CEO Heo Soo-young — to offer a calm haven for today’s restless youth.

Also located in Hongdae, the store provides a vast collection of comic books and partitioned stalls where visitors can lie down and read.

“These days, a lot of times when friends meet up or couples go out on dates, they want to kick back and take a break, rather than engage in any kind of strenuous activity,” he said.
Jeulgeoun Jakdang’s Kim believes that introverts have always existed in large numbers, even before the onset of high-speed, Internet-obsessed modern life. In the past, however, they lacked an open space in which to display and share their interests. 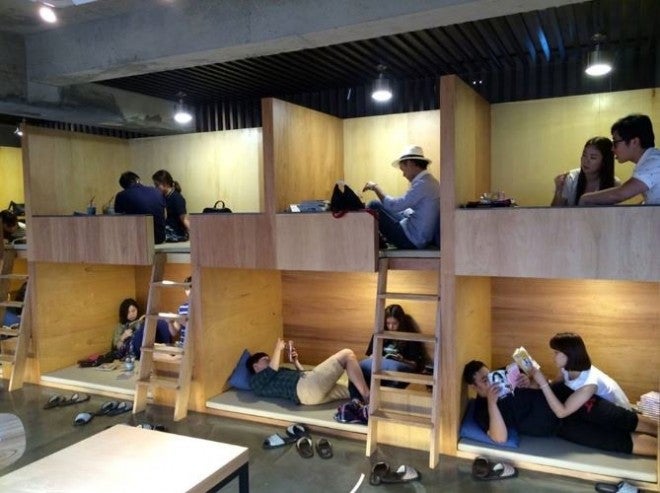 “It’s just that before, people pursued their personal hobbies in the privacy of their own homes,” she said. “But now, with places like comic book cafes, we have access to shared areas where we can indulge in our interests alongside like-minded people.”

On the specific appeal of comic books, university student Park Soo-jin says she is drawn to the visual stimulation and a level of expressiveness that is “just right.”

“Comics have both words and pictures, so it gives you a more concrete account of the story than novels do,” said the 25-year-old Park, who declared herself a longtime fan of Japanese romance comics. “But they’re not as revealing as movies are, and leave more open to the imagination.”